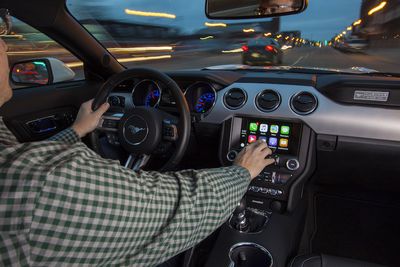 Ford has been added to our list of 2016 U.S. CarPlay vehicles and CarPlay roundup.

Mac Fly (film)
Car makers are in a tough position. If they don't add it they'll lose potential buyers—if they do it shows that people want and in most case prefer Google's or Apple's solution. The computer companies going forward over the next 10 years are in a super position to take a huge chunk of the car industry.
Score: 4 Votes (Like | Disagree)

Frosties
Picture say more than words. Carplay and other iPad styled controls in a car is very pretty design but not functional due to no tactile feel. But it will not stop the avalanche, my next car will have it. I just hope the steering wheel and voice controls in all languages will keep up in the development cycle.
Score: 4 Votes (Like | Disagree)

rockaw
I've been using the Apple CarPlay touch interface for about four months, and it is highly overrated. Here's some real world feedback:

The functionality is great, but forcing me to extend my arm to find a touch target while navigating traffic is not easy to do. Better solution: integrate with the various selector pads (like the big BMW joystick/wheel or the Mercedes touch pad) combined with tactile feedback when you hover over one of the icons would be much better.

Another problem with the interface is bad usage of the screen. The initial array of icons can't be rearranged, forcing me to keep app icons on the home screen I don't want, and relegating a couple of my favorites to a second screen.

Once you enter an app, the only interface option for selecting content is a scrolling list, which can only show three or four items. Instead of a scrolling list, I'd really prefer a grid of icons for the content, which could show many more choices on the screen. At least fifty year old AM radios gave you a row of five or six presets — only one click needed! 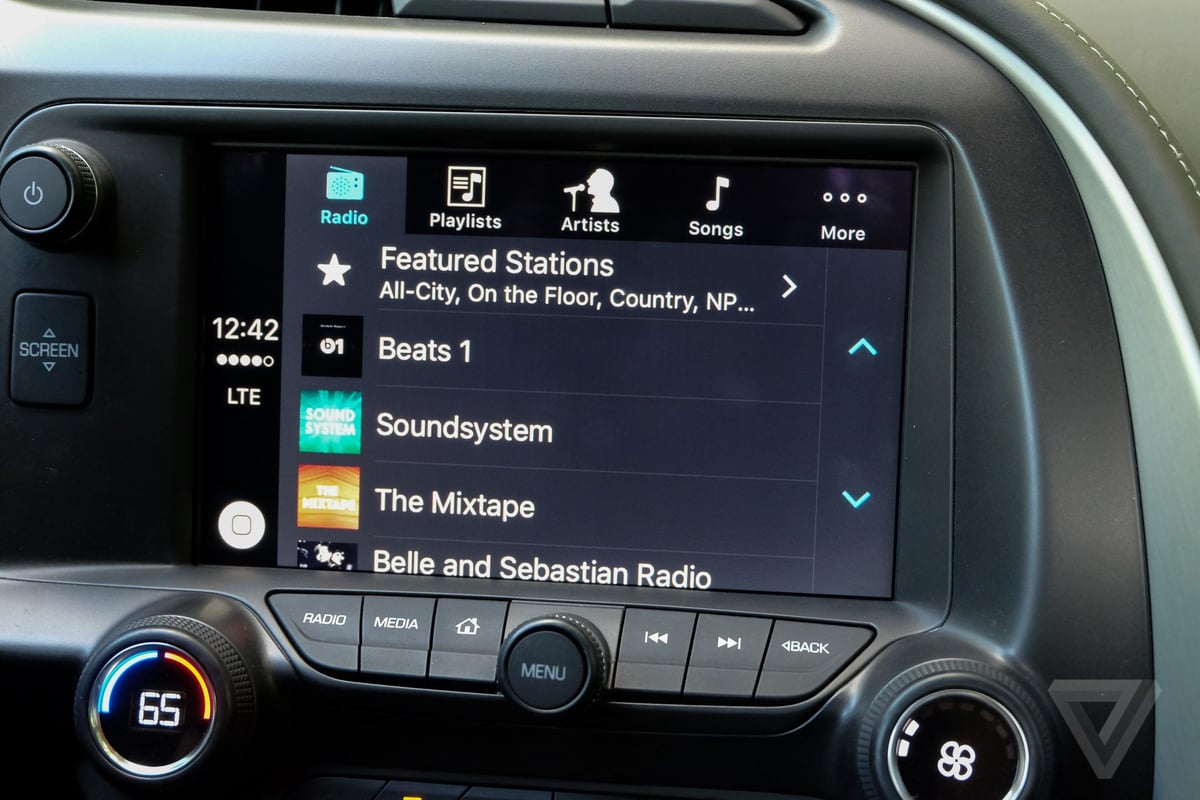 Picture say more than words. Carplay and other iPad styled controls in a car is very pretty design but not functional due to no tactile feel. But it will not stop the avalanche, my next car will have it. I just hope the steering wheel and voice controls in all languages will keep up in the development cycle.

The best thing is even if CP/AA are installed, their use is optional. You aren't forced to use it. Personally, I'm happy with the way they're currently implemented. It's basically an app. I hope this will always be the case. The last thing we need is an update interfering with the operation of the car. That means never integrating with the critical functionality of the car. As long as it's like that, the choice of AA/CP is a good one. People can use it when they want to, and ignore it when they don't.
Score: 3 Votes (Like | Disagree)

Well damn. I guess I did. Disregard ! Lol

Your '15 model has MyFord Touch, so this update won't apply to you. (Sync 3 didn't appear in the F-150 till the 2016 MY.) You can, however, thanks to a recent software update, add Siri Eyes Free to your MFT system via USB. It works great. Click here to get that done ('https://owner.ford.com/how-tos/sync-technology/myford-touch/software-updates.html/?sync=my-ford-touch&model=E-350&year=2004').
Score: 2 Votes (Like | Disagree)

Picture say more than words. Carplay and other iPad styled controls in a car is very pretty design but not functional due to no tactile feel. But it will not stop the avalanche, my next car will have it. I just hope the steering wheel and voice controls in all languages will keep up in the development cycle.

Then you've missed the point of CarPlay completely - Siri. You're meant to interact with CarPlay almost completely with voice controls...and my current car has a 9" touch screen with virtually no other controls at all, can't tell you how much more efficient that is vs. having to figure out what 50 little buttons with labels made up of nothing more than a single character.
Score: 2 Votes (Like | Disagree)
Read All Comments