Thursday December 17, 2015 6:36 pm PST by Husain Sumra
Apple today was hit by a class action lawsuit from iPhone 5 and 5s users on AT&T's network. The lawsuit alleges that the Cupertino company knowingly concealed a defect in the iPhone 5 and 5s that caused the devices to use LTE data even when connected to a Wi-Fi network. 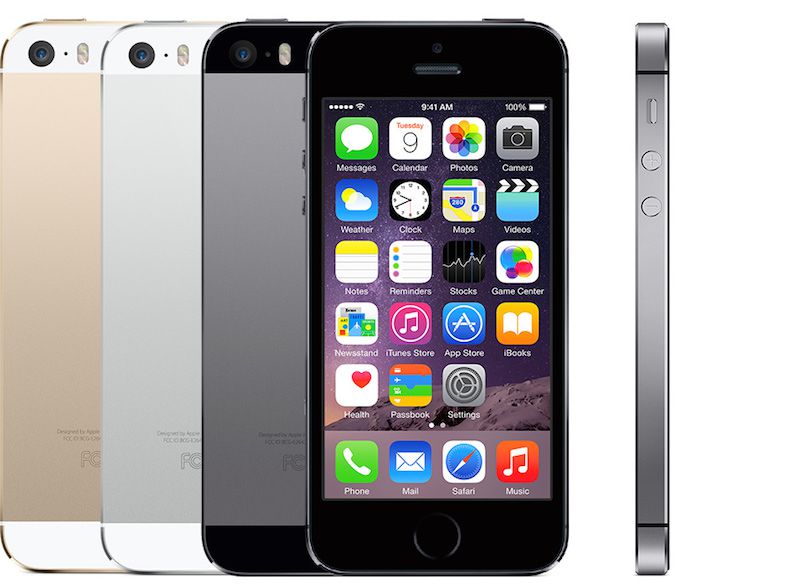 In September 2012, some iPhone 5 users noticed the bug after finding that they were going through more data than usual. Shortly after the issue came to light, Apple and Verizon issued a fix for the bug, with Verizon confirming that users affected by the bug would not be charged for their data use.

However, according to an investigation by law firm Hagens Berman, Apple and AT&T never issued a fix nor did they acknowledge the defect. The firm and plaintiff Thomas Palmer believe that Apple should not have kept the fix from AT&T customers, and that the company failed to address the issue even as it released iOS 7 and the iPhone 5s.

We believe Apple should not have withheld this repair for AT&T Wireless subscribers for any period of time. By withholding this information and repair, consumers were unaware of the defect and were left to sort out high cellular data charges with their wireless carriers.

Specifically, the law firm says the defect occurred when a user streamed "high volumes of data" for 10 to 20 minutes. In this case, the GPU would take over all video decompression, decoding and presentation to the display. Because of this, the CPU was not needed and would go to "sleep" to conserve battery life. When the CPU went to sleep, the defect caused both the iPhone 5 and 5s to switch from streaming data via Wi-Fi to LTE.

Seriously?! Only in America. I'm not responsible, I'm too dumb to find out how to change something and everything is 'your' fault.


What is the 'change sonething' that one can do to fix this?
Rating: 17 Votes

mikeyteh
Maybe Samsung can just pay for this class action lawsuit and get rid of the middle man
Rating: 13 Votes

I'm not sure this is an Apple problem...

Apple are not responsible for your data plan... essentially it would have to be the phone companies to notice an issue and then either rectify the problem or contact apple to report an issue.

Clearly this wasn't affecting all carriers and all phones.


Apple wrote the code, Verizon and Apple both knew about the code problem and issued a fix, why Apple didn't offer the fix to ATT is beyond me. This certainly is an Apple problem, as well as an ATT problem.
Rating: 13 Votes

Brandhouse
Seriously?! Only in America. I'm not responsible, I'm too dumb to find out how to change something and everything is 'your' fault.
Rating: 11 Votes

The Doctor11
AT&T customers would be so happy to receive $0.02 in the mail for a phone bill that cost them hundreds of dollars.
Rating: 11 Votes

Analog Kid
I love bugs like this! Totally bizarre sequence of steps that leads to an unchecked failure. Whoever tracked this one down was feeling good that day!
Rating: 9 Votes

justinhu8
TL;DR:
It says your connected to WiFi but instead it uses LTE. You have no indication that you are on LTE instead of WiFi. Seems lawsuit worthy to me.
Rating: 7 Votes

Heck, I do it for all my apps. Some I select to use 4G data when I'm not in WIFI, others I choose to only use data when in WIFI network. It's under 'Settings' it's not hard.


LOL this is about the phone using lte data while you are connected to a functioning WiFi network :)
Rating: 7 Votes

rolsskk
One would imagine that hiring a lawyer would be a whole lot more expensive than overage fees.
Rating: 7 Votes

Trius
Sure is convenient for At&t. I can't imagine why they ignored this issue. :rolleyes:
Rating: 7 Votes