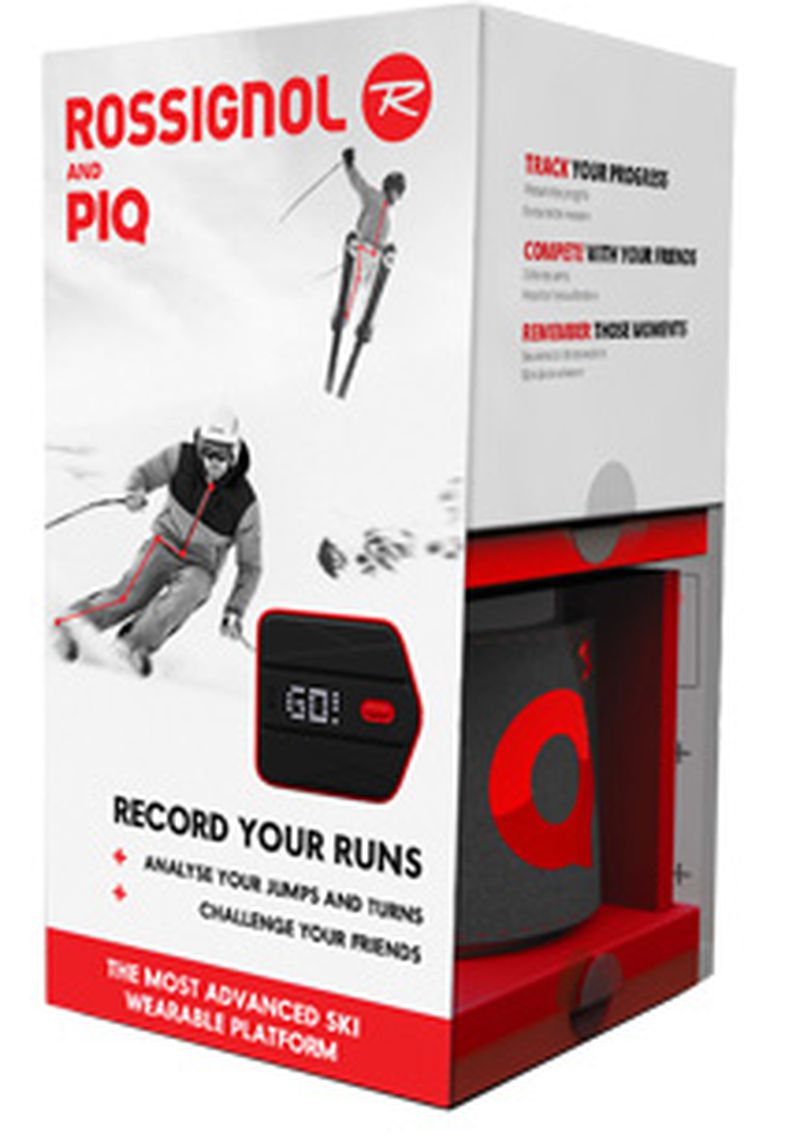 PIQ has partnered with Rossignol to create a new version of its multi-sport sensor for tracking skiing performance on the slopes (via Engadget). The 13-axis ski sensor attaches to a ski boot and allows skiers to record runs, analyze turns, challenge friends, track best speeds and more.

It can then measure stats like edge-to-edge speed, G-force and carving angle, while giving freestyle skiers air time, G-force at landing, rotation and more. As with other PIQ models, you can check stats immediately from your Android or iOS smartphone via Bluetooth, but if you don't carry a phone during mogul practice, it'll store the data for later.

PIQ sells a package with the sensor and Rossignol ski accessory for €149, or the €49 ski accessory can be purchased separately for those that already own a PIQ sensor. The products can be pre-ordered until January 12, 2016 and will ship in February before general public availability.

More and more, this isn't Macrumors to me and it's more "product reviews and product news"

Is Apple just running a tighter ship? I feel like we have less rumors than we used to or is it just an editorial decision that MR is opting to post less rumors because they're afraid of being seen as unreliable?


We post rumors whenever there are rumors to post. Rumors always slow down around this time of year with new product launches before the next round of rumors ramp up. I would expect to see a lot of Apple Watch rumors starting in mid-January, MacBook rumors following that, and then we'll get into serious next-generation iPhone and iPad rumors. In short, no editorial changes here, just the ebb and flow of the rumor cycle.
Rating: 5 Votes

Not that I know of :p
Rating: 4 Votes

2457282
I don't ski any more, but when I did, I did not need a tracker. I always considered it a success if I got to the bottom without killing myself. :)
Rating: 2 Votes

My Fenix 3 does that and more ;P http://fenix3.garmin.com/en-US


How can something on your wrist understand the G-force at your ski boot when you land? How does your hand position relate to your carve angle? So your Fenix may do a lot of stuff, and it may do "that" but it doesn't do "all of that".

I was a freestyle skier just before Jonny Moseley started pushing the line of going upside-down in the bumps. This would be a really cool thing to check out - mostly out of curiosity on how accurate it might be. It'd be fun to know if I favor a side or can't put as much force in a direction.
Rating: 1 Votes
[ Read All Comments ]

• Apple Releases iOS and iPadOS 13.3.1 With Toggle for Turning Off U1 Chip in Latest iPhones (73)
• Two of the iPad's Creators Share Thoughts on Its Development, Evolution, and More (33)
• Filmic's New DoubleTake App Lets iPhone Users Shoot Video From Multiple Cameras Simultaneously (45)
• 'iPhone 9' Production Reportedly Scheduled for February, But Could Be Impacted By Coronavirus Outbreak (61)
• MGM Held Talks With Apple and Netflix to Gauge Interest in Acquisition (120)
• FCC Opens Up 3.5GHz Spectrum for Full Commercial Use, Apple's Newest iPhones Already Offer Support (29)
• Apple Patent Imagines iMac Made From a Single Sheet of Glass (125)