Apple Orders Display Driver Chips From Synaptics for Next iPhones

Apple has placed LCD display driver orders with touchscreen supplier Synaptics for its next-generation iPhones, indicating the Cupertino-based company's in-house development of touch and display driver integration (TDDI) chips may have fallen behind schedule, according to Taiwanese website DigiTimes. 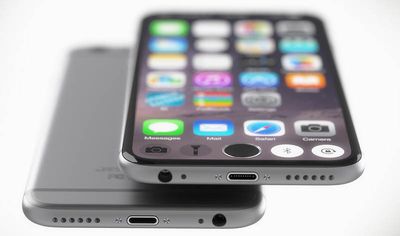 iPhone 7 concept with integrated Touch ID by designer Martin Hajek
Synaptics acquired Renesas SP Drivers, reportedly the sole supplier of LCD driver ICs for iPhones, in September 2014 in an effort to maintain orders from Apple, and for now it appears the iPhone maker will remain one of its customers. The supplier also works with Google, HTC, Microsoft, Samsung, Sony and other smartphone makers.

Apple previously recruited senior Renesas engineers to internally develop TDDI chips with Touch ID integrated into the display. The single-chip solution could allow for the Home button to be eliminated on future iOS devices, but Apple ordering regular display drivers from Synaptics indicates the technology may not be ready for the iPhone 7.

Apple has filed multiple patents for displays with integrated Touch ID and trackpad capabilities over the past few years, and the iPhone 7 lineup is due for a significant redesign, but it remains too early to predict whether Apple will ever remove its iconic Home button on future iPhones.

sshambles
Hard to see them ditching the home button to be honest. Wouldn't be the same replacing it with a software version. Especially when apps crash and are unresponsive to any software inputs.
Score: 12 Votes (Like | Disagree)

That Concept design is the sex.
Score: 10 Votes (Like | Disagree)

ghost187
Here is a list of things I'm looking forward to in iPhone 7:

1.) Significant reduction in top and bottom bezel (they can relocate the home button to the side and incorporate Touch ID onto the screen).

2.) Get rid of the camera hump (this can be done by using multiple camera sensors).

3.) Get rid of the ugly antenna lines (by bringing back the glass inserts from iPhone 5).

4.) Switch to an OLED display (I bought an LG OLED TV last year and nothing even comes close to it's picture quality).

Well, according to all the rumors so far, non of these will happen next year, so I am probably describing iPhone 8. :(
Score: 10 Votes (Like | Disagree)

What do you like about it? I've never been a fan of this guys mockups. Not much imagination. I mean two years ago his TV mockups featured a box with chamfered edges and a remote that looked like a skinny iPhone 5.

You need your eyes testing, the concept in the picture looks amazing! The mockups look better than the retail devices IMO. Here's the ATV one you mentioned, followed by what we got. 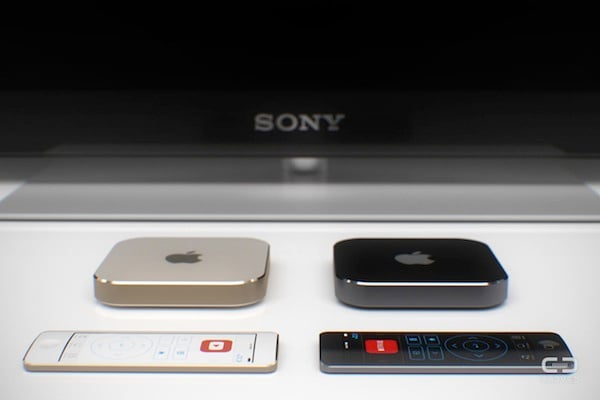 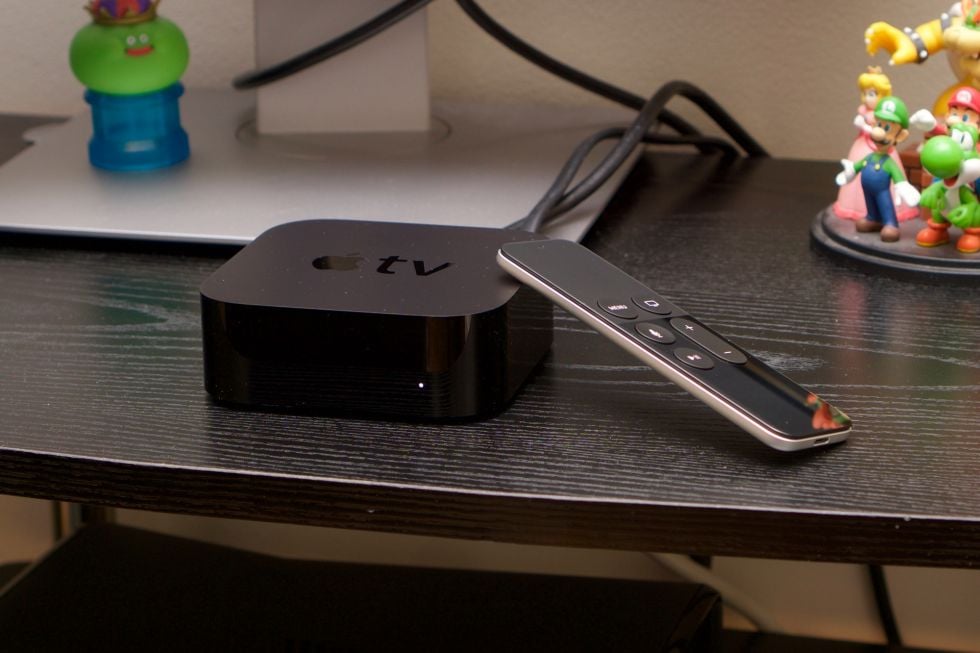 Miss Steve here:
"customers don't know what they want until we've shown them!"

and Henry Ford:
“if I had asked people what they wanted, they would have said faster horses.”

I'm sorry but am I the only one who is sick of hearing those quotes?

In an era of "revolution" it makes sense, but the adage does not apply every time, especially in the context of current Apple products.

The revolution already happened (the Mac, the iPod, the iPhone, the iPad). What we have here now are "mature" products that will not fundamentally change.

I know what I want:

I want multiple user accounts on mobile devices
I want more RAM in sealed/mobile devices, not the bare minimum
I want access to the file system in mobile devices
I want ease of connectivity and compatibility (as in NOT proprietary)
I want to install whichever OS version I prefer (or at least revert to the one that came with my device)
I want portable computers with upgradeable components (RAM, HD)
I want desktop computers with upgradeable components (at least Graphics Cards, RAM, HDs)

Curerntly, Apple does NONE of the above.

I'm all for innovation and revolution, but not at the expense of functionality in the current environment.
Score: 8 Votes (Like | Disagree)
Read All Comments