A full list of countries where the iPhone 6s and 6s Plus will be available as October 9 rolls around is below:

Locations in Taiwan recently began selling the new iPhones, with some customers that having waited in line for more than 60 hours to get one of the first available phones in the country (via TechBang). 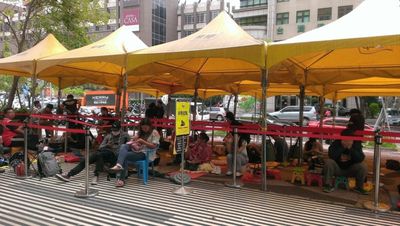 Following today's launch, iPhone 6s and 6s Plus availability will also be expanding to additional countries as part of additional waves set to take place in subsequent weeks.

In a recent press release announcing opening weekend iPhone 6s and 6s Plus sales of more than 13 million, Apple said the company will bring the new iPhones to more than 130 countries by the end of the year.

Max(IT)
Seriously, I can't understand the reason of waiting hours to get one....
Huge Apple fan here, but you can just wait a couple of weeks, walk into the store and take one.
Score: 2 Votes (Like | Disagree)

racer1441
How about we fill the orders we have before we expand orders to other countries. I miss the days when we had a US first deployment.
Score: 2 Votes (Like | Disagree)

pat500000
Good luck in getting a good battery life....or you might end up with samsung's chip.
Score: 1 Votes (Like | Disagree)

More iphone users to worry about what chip they have.

The joke is now people are lining up to return the "Samsung" iPhone.
Score: 1 Votes (Like | Disagree)

Seriously, I can't understand the reason of waiting hours to get one....
Huge Apple fan here, but you can just wait a couple of weeks, walk into the store and take one.

Wait until there is plenty of supply.

Nobody is going to die by not having the latest iPhone.
Score: 1 Votes (Like | Disagree)
Read All Comments