Apple has updated its XcodeGhost FAQ on its Chinese website with a list of the top 25 most popular App Store apps that were compromised by the malware. The list includes some notable apps such as WeChat, Heroes of Order & Chaos and a localized version of Angry Birds 2. 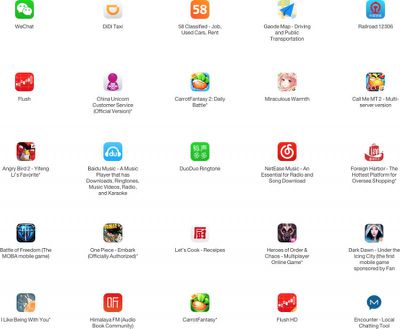 Madmic23
How did that Angry Birds app even make it into the store? There's no way it's from Rovio.
Score: 13 Votes (Like | Disagree)

Dilster3k
Love how Apple always brags about Appstore statistics... In reality it's just filled with crap like this.
Score: 12 Votes (Like | Disagree)

If you have never even considered downloading one of the top 25, you haven't installed any of the rest.