At Apple's media event in San Francisco today, Apple announced an App Store for the new Apple TV will bring unique gaming experiences into a user's living room. The first experience the company showcased was a co-op Crossy Road experience that lets one player use the new Apple TV remote and another use an iPhone or iPod touch to control various characters in the game.

Each player controls a different Crossy Road character, and the idea behind the game, as on iOS, is to make it across the road. While Crossy Road uses touch-based controls via the Apple TV remote and the iPhone, other games will use motion-based controls that take advantage of the sensors built into the remote.

At the event, Apple also showcased an upcoming game from Harmonix, the studio behind Rock Band and Dance Central. Called Beats Sports, the game takes a "Wii Sports" angle on the music rhythm game genre, letting users play games like tennis along with the beat of the music.

Harmonix confirmed that up to four players will be able to play the game simultaneously with the use of an iPhone or an iPod Touch, similar to Crossy Road's co-operative play. Apple briefly touched on more robust console-style gaming experiences for Apple TV -- like Disney Infinity 3.0 and Guitar Hero -- but didn't give any more details as to how those peripheral-heavy games will work on the new Apple TV.

With the Apple tvOS SDK available to developers beginning today, we should be seeing a lot more gaming concepts for the Apple TV surfacing in the near future as developers create games for the device ahead of its October launch.

Blakjack
Excited about the new AppleTV. It looks like exactly what I was wanting.
Score: 2 Votes (Like | Disagree)

jdillings
How has this company not got sued by Konami? This game is a complete rip off of Frogger.
Score: 2 Votes (Like | Disagree)

How has this company not got sued by Konami? This game is a complete rip off of Frogger.

Not only it is a better game than Frogger but you can't sue another game developer because some of the gameply mechanics they use are similar.
By that same token, Nintendo would have sued Konami because Frogger is early similar to Space Launcher, which was released 2 years before. 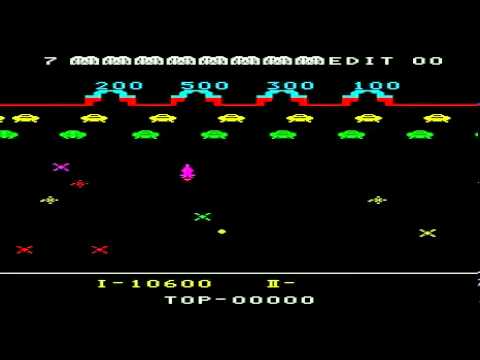