This update includes the following improvements:

- Click on the Beats 1 banner to see what's currently on, or view a complete broadcast schedule so you never miss a show
- You can now view a list of the artists you're following on Apple Music
- Resolved an issue where iTunes loses its place when you go back to a previous page in Apple Music
- Addressed a problem where artists may be sorted incorrectly in My Music
- Fixed a problem where playlists displayed in the action menu may not match the playlists in your library
- Artists can now share thoughts, photos, music, and videos to Connect, right from iTunes

This update also includes improvements to overall stability and performance.

iTunes 12.2.2 for OS X can be downloaded from the Software Update mechanism in the Mac App Store.

greatm31
I really can't stand the iTunes interface these days. So many sub-menus and sub-sub-navigation tools. They've added so much crap onto here! E.g. the distinction between "My Music" and "Playlists" makes no sense. Even when you're on "Playlists" (which at least looks kinda like the simpler iTunes of old) there are THREE different navigation tools on the top bar - switching between music, movies etc; my music, playlists, for you, radio...; and sorting items like artists/songs etc. Not clear which of these menu choices put you in different sections of the app. On top of that you have a weird THREE column view.

Aaaaand the beach ball is back.... 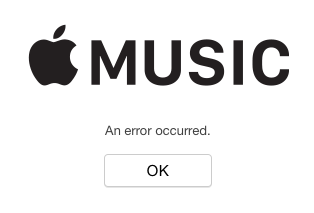 I really can't stand the iTunes interface these days. So many sub-menus and sub-sub-navigation tools. They've added so much crap onto here! E.g. the distinction between "My Music" and "Playlists" makes no sense. Even when you're on "Playlists" (which at least looks kinda like the simpler iTunes of old) there are THREE different navigation tools on the top bar - switching between music, movies etc; my music, playlists, for you, radio...; and sorting items like artists/songs etc. Not clear which of these menu choices put you in different sections of the app. On top of that you have a weird THREE column view.

Gah, Steve would never allow this kind of UI crap.

Full ack. iTunes used to be so Finder-like, even Spotlight’s instant and powerful search originated there (it’s mostly gone now and replaced with a more static search). In the playlists sidebar they force this separation between ‘local’ playlists and pre-made Apple Music playlists upon you, the latter which you cannot put into folders, rename or sort manually. I now have a really long list of Apple Music playlists that completely crowds out my own playlists, which are put at the bottom.
Score: 5 Votes (Like | Disagree)

Nubben
What an absolute mess this is. Was super-excited about the possibility of this update fixing all the album artwork mess (and same for the iOS update)...but no....

Will not stay subscribed after the trial period is over.

I don't understand why they simply cannot allow me to add Apple Music "rented" music to my library (more important on the phone mind you) and be done with it. Why does it have to scour my music and change the artwork?! AAAARGGGHHH!!!!!
Score: 4 Votes (Like | Disagree)
Read All Comments