Continuing on with its "If it's not an iPhone, it's not an iPhone" advertising campaign, Apple today updated its YouTube channel with a new "iPhone - Photos & Videos" ad that focuses on the photographic capabilities of the iPhone.

The ad depicts an assortment of artfully arranged iPhones that display photos and videos in an assortment of different patterns. A voiceover accompanies the ad, pointing out the iPhone's popularity as a camera and its ease of use.

The style of the video mimics the other ads that are part of this particular campaign, "Loved," "iPhone - Hardware & Software," and "Amazing Apps," all of which were released in July. As with those videos, Apple ends the "Photos & Videos" ad with the tagline "If it's not an iPhone, it's not an iPhone."

Apple's latest campaign is the third series of ads for the iPhone, following an initial set of comedy ads from Jimmy Fallon and Justin Timberlake and the "Shot on iPhone 6" campaign that highlights photos captured with the iPhone 6 and iPhone 6 Plus.

As part of its newest advertising efforts, Apple also recently introduced a "Why There's Nothing Quite Like an iPhone" web campaign that focuses on features that differentiate the iPhone from competing devices, pointing out the iPhone's integration of hardware and software, wide range of apps, camera, resistance to malware, Touch ID, and Apple Pay. 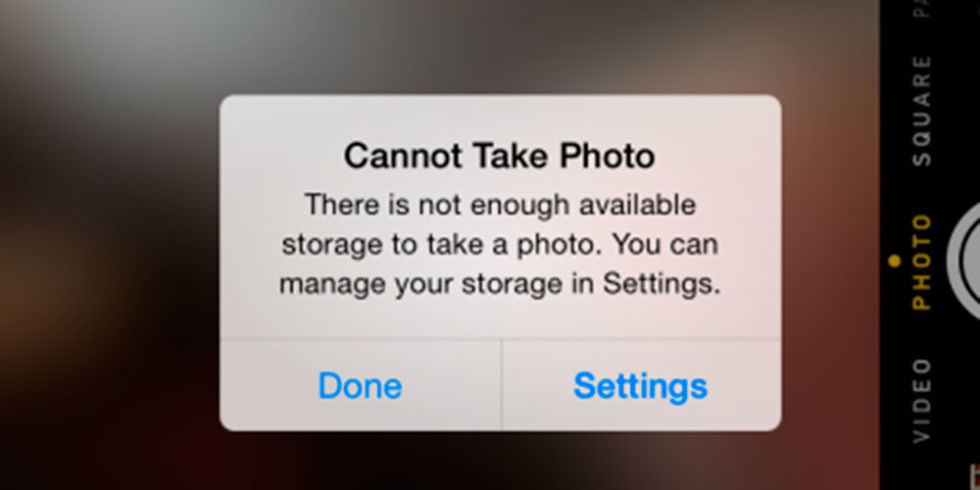 This would be great if the iPhone had a decent camera instead of the 8mp since the iPhone 4S while the competition is at 16mp minimum.

No matter what the BS photoshoped "taken with an iPhone 6" ads says, which are impossible to have with such a camera.

IPhone has a great camera don't be fooled by mp. Mp doesn't make photo look good, even my DSLR have "only" 12mp camera and it takes stunning photos.

You can take great photos with iPhone and with very few steps turning them into amazing photos, many times people have asked from me did i really took those photos with my iPhone, and i have 5S. It's not the camera which makes the photos look good, it's the shooting skills, eye for shooting and editing skills.
Score: 10 Votes (Like | Disagree)

joejoejoe
I love this ad.

I hate the tagline at the end.
Score: 4 Votes (Like | Disagree)

Traverse
The iPhone 6 camera is what pushed me to finally get a DSLR. I experienced the excessive noise reduction as detailed in this thread (https://forums.macrumors.com/threads/why-is-it-so-impossible-for-me-to-take-consistently-good-photos-with-my-6.1790221/)

The iPhone 6 quality looks amazing when viewed on the phone screen, but when you start working with the file on a 24" display or even a 15" rMBP screen, you realize how the little details (fur, grass, leaves) are lost.
Score: 4 Votes (Like | Disagree)

bwillwall
The array of iPhones in these ads is absolutely beautiful.
Score: 4 Votes (Like | Disagree)
Read All Comments

Friday July 30, 2021 9:04 am PDT by Sami Fathi
Tesla CEO Elon Musk reportedly once demanded that he be made Apple CEO in a brief discussion of a potential acquisition with Apple's current CEO, Tim Cook. The claim comes in a new book titled "Power Play: Tesla, Elon Musk and the Bet of the Century," as reviewed by The Los Angeles Times. According to the book, during a 2016 phone call between Musk and Cook that touched on the possibility of ...
Read Full Article • 190 comments