Apple today launched two new ads featuring the iPhone 6 and iPhone 6 Plus, which are once again voiced by Jimmy Fallon and Justin Timberlake and highlight features like the iPhone 6's gaming capabilities and its ability to relay phone calls to Macs and iPads.

In the first humorous ad, entitled "Gamers," the focus is on the A8 chip in the iPhone 6, with the ad showing off the recently released multiplayer online battle arena game Vainglory. "The A8 chip is so powerful it brings gaming to the next level. I mean if you're into that kind of thing," says Fallon, before bantering with Timberlake about the gameplay.


The second ad, called "Reservations," highlights Continuity and the ability for the iPhone to relay calls to Macs and iPads. "Did you know you can use an iPhone 6 to make a call from almost any Apple device?" asks Fallon before the two go on to make silly calls from a variety of devices, including a Mac and an iPad.
The new ads launched today are the fifth and sixth iPhone 6 ads that Apple has released starring Fallon and Timberlake. The first two ads, "Duo" and "Health" were shown off during the iPhone 6's September debut, and two additional ads, "Huge" and "Cameras," were released later in September.
[ 105 comments ]

TouchMint.com
Wish people would just admit the iphone is a great gaming device and by far the best portable.
Score: 22 Votes (Like | Disagree)

You can't get much worse than that. I hope.


Those ads are just horrible. The first was just a jumble of chat that went in one ear and out the other, and the second was just a mess of information that no sane person could possibly understand.

Heck, I use continuity and handoff on a daily basis and I'm still not sure what was going on in that second ad. I have no intention of watching it again to find out, either.
Score: 15 Votes (Like | Disagree)

JDee
You can't get much worse than that. I hope. Cheesy, tacky, unoriginal. Show off the features - don't have two characters having a fake & stupid conversation with each other.
Score: 14 Votes (Like | Disagree)

AngerDanger
These ads were brought to you with a grant from the Mute Button Awareness Foundation. The MBAF is proud to be in partnership with Apple. 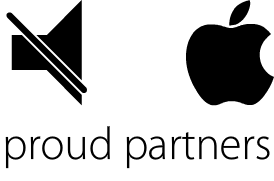 Ljohnson72
Meh, they're okay. Not great, but not horrible.
Score: 11 Votes (Like | Disagree)
Read All Comments