Less than four months after the Apple Watch launched, many early adopters are finding that the wrist-worn device has motivated them to make healthy lifestyle changes. From walking and exercising more often to making healthier choices and playing more sports, market research firm Wristly found that many Apple Watch buyers are taking full advantage of the wearable's health and fitness features. 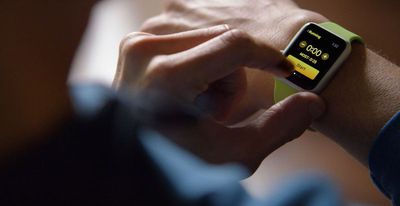 Jim Dalrymple of The Loop echoed similar sentiments in his Apple Watch review in June, in which he shared his personal story about losing 40 pounds using HealthKit and Apple Watch. After ten months of exercising, weight lifting and healthier eating decisions, Dalrymple lost four pant sizes and two shirt sizes, and the Apple Watch kept him motivated to reach his goals:

Apple Watch furthered my transformation. I can see on my wrist every minute of the day where I’m at for standing, movement, activity, calories and much more.

One minute please, Apple Watch says I need to stand up.

If Apple Watch says stand, I stand. I still don’t know why. Maybe I just want to complete those rings every day and feel good about that. Maybe standing every hour really is good for me. I don’t know, but I’ll indulge this little device on my wrist and stand.

While the Apple Watch is certainly not the only wearable device motivating people to get in shape, the Move, Exercise and Stand rings, workout summaries, achievement badges, progress updates, personalized feedback and its other health and fitness features appear to have challenged early adopters in ways they did not expect.

Wristly is the largest independent Apple Watch research platform with an opt-in panel of around 1000 Apple Watch buyers. The research firm recently found the Apple Watch to have a 97% customer satisfaction rate, a number that Apple CEO Tim Cook cited during the company's recent third quarter earnings results conference call.

bbeagle
So, in essence, Apple Watch users are healthier, fitter and sexier than those who don't have Apple Watches?
Score: 34 Votes (Like | Disagree)

chfilm
I couldnt agree more, to be honest. It has had a profound impact on my lifestyle, just as I hoped it would have.
The ability to properly track calories, put it in a relationship with exercise and food eaten, plus the gamification with the rings were a breakthrough for me.

Just look at how I started to work out when I got it, and how my weight has been reduced! 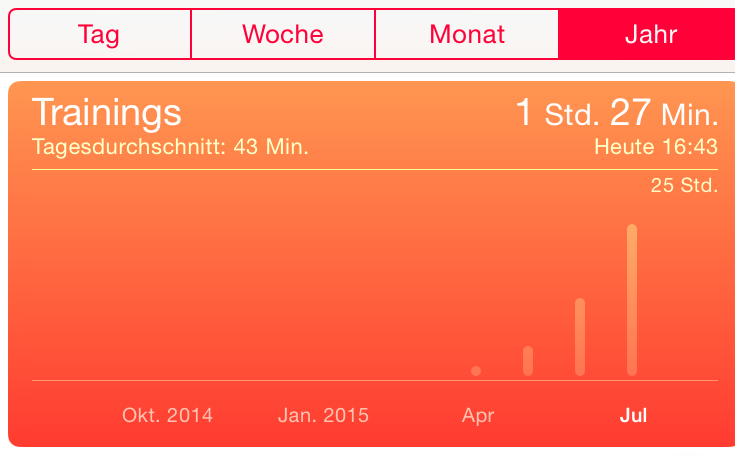 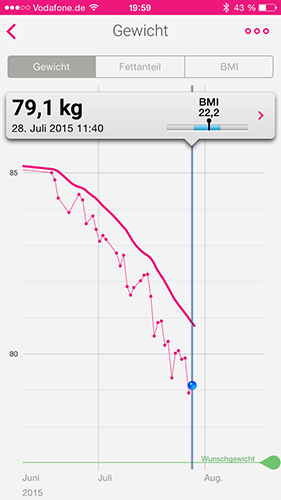 DakotaGuy
I'm sure the same could be said for that new treadmill or exercise bike that someone received for Christmas one year which now sits in the basement collecting dust and cobwebs. :)
Score: 19 Votes (Like | Disagree)

Kaibelf
I've definitely had this experience. When the watch is tracking your movements all day and showing you in measurable terms just HOW sedentary you are being, it's a real boot in the behind. It got me to start exercising more than I have in many years, and since I got mine I'm already down almost 12 pounds, and as a result have gotten FAR more cognizant of my food choices as well. It's easy to fall "off the wagon" with a fitness program when the journal is in the gym bag or drawer (or that handy app is closed). This one, though, shows me EVERY day where I am, so I have no excuses.

(Posted as I enjoy my lunch of a small sandwich and a soup, instead of the fast food I had been eating in prior months)
Score: 14 Votes (Like | Disagree)

viperGTS
In before "people are slaves to their watch" or "wow they only exercise because the watch told them to" posts.
Score: 14 Votes (Like | Disagree)

nagromme
This seems like a case where "gamification" has actually worked--on a VERY broad audience, not gamers--and to a VERY beneficial result!

It's the biggest reason I wish I wasn't waiting for Apple Watch 2. Waiting will hurt my health!

Yes, you CAN be healthy and exercise without tracking and reminders, and you CAN get an exercise device that does nothing else. But most people won't... I won't. If I got a fitness tracker, it would end up forgotten. (Not to mention it would be less sophisticated, less visual, and with less of an ecosystem of fitness apps.) The Apple Watch has other uses, and the fitness reminders would come with them. I'd actually USE it.

And unlike that forgotten treadmill in your basement, this isn't about the exercise, it's about the motivation! That treadmill is an example of the problem... Apple Watch is one solution. You can't equate the two.
Score: 12 Votes (Like | Disagree)
Read All Comments