The videos all depict a single Apple Watch that displays a series of apps on the screen, with a selection of app icons in the surrounding space. Icons are enlarged to denote which app is on the screen.


The "Fitness" video highlights the Nike+ running app, the WaterMinder hydration tracking app, and sports scores provided by the MLB.com At Bat app.
The third and final video, "Travel," gives a brief glimpse of travel app Expedia, transportation requesting app Uber, and recommendation app Yelp.
Apple's newest short advertisements are the company's first that put third-party apps for the device directly in the spotlight. Previous ads have focused on showing off the different use cases for the device, including four videos released last week that depicted the Apple Watch being used in daily life while traveling, working out, and communicating with friends and family.
Related Roundup: Apple Watch Series 7
Buyer's Guide: Apple Watch (Neutral)
Related Forum: Apple Watch
[ 128 comments ]

ErikGrim
Yeah, third party apps isn't what I'd highlight right now. Until they are native, most are close to useless. As cool as it is controlling your lights or hailing an Uber from your wrist, most of the time you are staring at loading screens or tapping to reactivate the screen as it turns off while loading.
Score: 16 Votes (Like | Disagree)

pgiguere1
The realistic versions of those ads should last around 5 times longer and look more like: 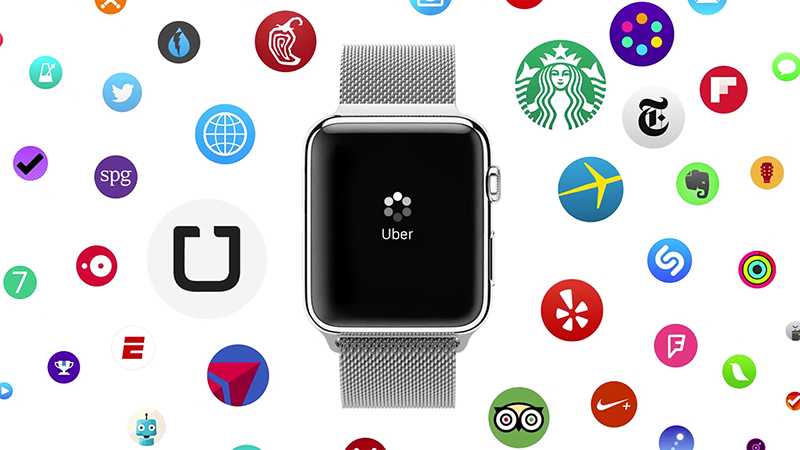 acctman
to bad none of those apps work the way they should. apple watch apps as they are now, really suck.
Score: 9 Votes (Like | Disagree)

nikko1423
I'm probably going to catch some flack for this, but, I like them. Short, and they talk about useful 3rd party apps, which is probably what 50% of the use will be, and why I get an Apple Watch.

Chupa Chupa
Short, confusing, and doesn't really pique my interest to want to find out more, which I assume is the point of these micro-ads.

The thing about making a YouTube video is that is they don't cost $50K+ to air them once nationally like a TV ad. Apple could take a a minute and go over a killer app or killer feature rather than just splashing useless screens for 15 seconds. I don't think Apple did itself any favors taking advertising in-house.
Score: 8 Votes (Like | Disagree)
Read All Comments