Apple CEO Tim Cook recently confirmed China's integral part in the company's decision to pursue a gold design option in many of its devices. Speaking with a Chinese-language version of Bloomberg Businessweek, Cook stated that the addition of a gold option within the iPhone 5s lineup in 2013 "reflects in part the popularity of that color among Chinese users." 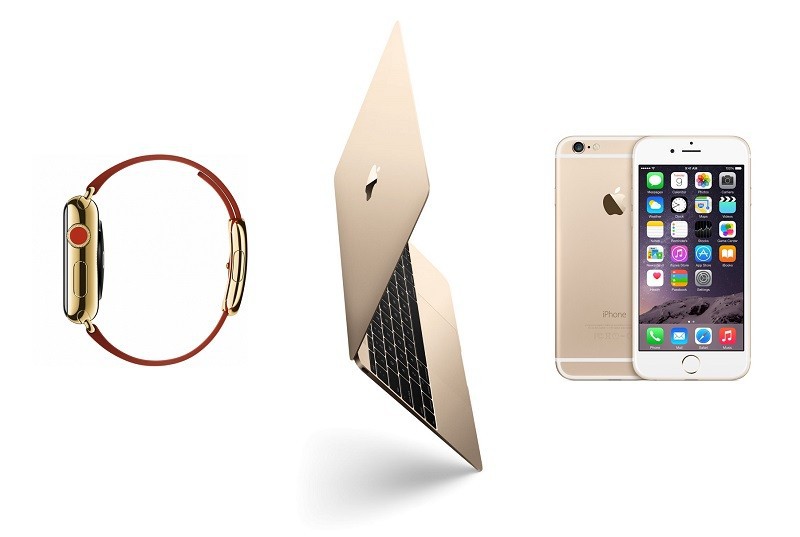 Apple Inc. takes Chinese consumer tastes into account when it designs many of its products, Chief Executive Tim Cook said, underscoring the country’s importance to the iPhone maker.

The decision to offer a gold iPhone last year reflects in part the popularity of that color among Chinese users, he added. Greater China, which includes Taiwan and Hong Kong, is now Apple’s second-largest market and has become a battleground for the company as it vies with Samsung Electronics Co. and Xiaomi Corp. for smartphone supremacy.

Apple's decision to tailor major aspects of its devices to China makes sense, given the Greater China area has become the company's second-largest market over the last few years. In the second quarterly earnings call of 2015, Cook detailed an all-time quarterly revenue record for the Greater China province, growing 71 percent year over year to a grand total of $16.8 billion. According to data compiled by Bloomberg, China accounted for a total of 29 percent of Apple's revenue in the March quarter.

Cook finished the interview by noting Apple plans to begin more than 180 trial programs in various schools in China, with an aim to "transform traditional educational models and help students contribute to society." Cook and Apple hope to do this through various Apple-inspired training programs, from helping kids learn the ins-and-outs of music composition with GarageBand to teaching hearing-impaired children how to use smartphones. The company hopes to see the program double in number by the end of 2015.

Believe it or not, the person in charge of choosing the hue and temperature of gold used in aluminum casings is not the same person who squashes software bugs.
Score: 63 Votes (Like | Disagree)

phillipduran
Gold iDevices are also faster than the grey or white ones.
Score: 15 Votes (Like | Disagree)

bushido
well i am a german dude and i love my gold iPhone 6 and iPad as well so thanks taylor sw ... i mean China
Score: 12 Votes (Like | Disagree)

Chinese taste for gold colours is hideous and gaudy...

According to ISO-3324, the standard for gaudiness, and ISO-3427, the hideousness standard, you are correct. Hideousness and gaudiness are completely objective and not subject to individual taste or cultural bias at all.
Score: 10 Votes (Like | Disagree)

Chinese taste for gold colours is hideous and gaudy...

And you opinion matters why exactly?
Score: 9 Votes (Like | Disagree)
Read All Comments

Friday May 29, 2020 12:36 pm PDT by Juli Clover
There are tons of hidden features and shortcuts for Macs that Apple has built into macOS over the years, ranging from shortcuts to keyboard commands to other little hacks to make Mac usage just a bit simpler. In our latest YouTube video, we highlighted several of these tips and tricks, and some of them might just be new to you. Subscribe to the MacRumors YouTube channel for more videos. Tr...
Read Full Article • 70 comments

Thursday May 28, 2020 3:47 am PDT by Tim Hardwick
An Apple File System bug has been discovered in macOS 10.15.5 Catalina that can prevent users from making a bootable clone of their system drive, according to the creator of Carbon Copy Cloner. In a blog post on Wednesday, software developer Mike Bombich explained that the CCC team had uncovered the issue in the Apple File System, or APFS, when attempting to create a bootable backup in a...
Read Full Article • 161 comments