Apple's much-rumored plans to launch a streaming TV service in the fall were confirmed today at Code Conference in Rancho Palos Verdes, California, where CBS CEO Les Moonves told Re/code's Kara Swisher that CBS will "probably" sign a deal with Apple for the network to be included as a launch partner. “We’re very excited about it,” he told Swisher during his live interview on Wednesday morning. 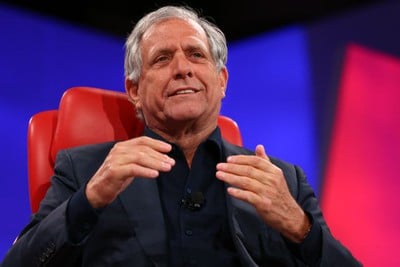 CBS CEO Les Moonves speaks with Kara Swisher at Code Conference (Re/code)
Moonves confirmed that he met with Apple senior executive Eddy Cue last week to discuss the plans, as part of an "ongoing conversation" about the upcoming streaming TV service, but said he does not know when the service will launch. The service has been rumored to be unveiled at WWDC next month, but Apple's efforts to include local programming could delay the announcement until later this year.

“Apple TV is trying to change the universe,” Moonves said, by offering a smaller bundle of TV networks, delivered over the Web, than pay TV providers traditionally sell. Moonves said Apple’s effort was similar to ones that have already launched from Dish Network’s Sling and Sony’s Vue.

“I think the age of the 200 channel universe is slowly dying,” Moonves said. “The good news for us, is any one of those groups will need CBS,” adding that his network will get a bigger proportion of whatever revenues those “skinny bundles” generate than it does in traditional packages.

Apple's web-based TV service for iPhone, iPad, Apple TV and other devices is expected to deliver a lightweight package of about 25 channels for between $30 to $40 per month, anchored by popular networks such as ABC, CBS, FOX, ESPN and FX. The service is expected to be available in the United States this September if Apple can secure content agreements in time.

yeah, i'm so glad i cut the cable cord only to replace it with the streaming cord.
Score: 11 Votes (Like | Disagree)


Not true. From my experience, they are generally of high quality and tend to last a long time.
Score: 7 Votes (Like | Disagree)

I don't understand how this is revolutionary... This is the same price as what I am currently playing for the cable portion of my bill for more channels. I am all for apple "changing cable" but it needs to be cheaper than the competition, otherwise its just another "cable" option. As it stands, all they are doing is lowering the amount of channels you get for the same price you are currently paying.
Score: 7 Votes (Like | Disagree)

wkadamsjr
But will it do live sports??
Score: 7 Votes (Like | Disagree)

Z400Racer37
I really don't understand why this is so important to people... There are so few things on TV that are actually good/substantive anymore. Anything good I find in video form anymore is literally on Youtube...
Score: 6 Votes (Like | Disagree)

Defactomonkey
Am I the only one who saw that picture and thought, "Wow Ric Flair is looking a lot better these days."
Score: 5 Votes (Like | Disagree)
Read All Comments

Friday June 18, 2021 9:41 am PDT by Sami Fathi
After a long wait, YouTube for iOS is officially gaining picture-in-picture support, allowing all users, non-premium and premium subscribers, to close the YouTube app and continue watching their video in a small pop-up window. In a statement to MacRumors, YouTube says that picture-in-picture is currently rolling out to all premium subscribers on iOS and that a larger rollout to all US iOS...
Read Full Article • 158 comments