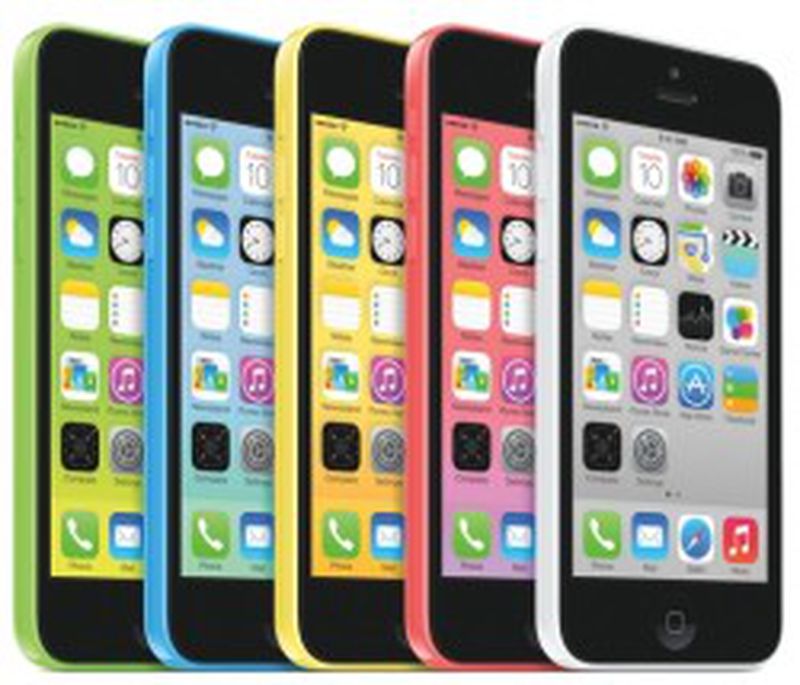 KGI Securities analyst Ming-Chi Kuo issued a note to investors on Wednesday, a copy of which was obtained by MacRumors, reiterating that Apple is unlikely to launch a new 4-inch iPhone this year. Kuo, who has a respectable track record at reporting on Apple's upcoming product plans, added that Apple will instead likely release a new 4-inch iPhone with Apple Pay compatibility in 2016.

"iPhone 5S still going strong; next 4-inch likely in 2016. Shipments of 5S are still going strong at 5-7mn units every quarter, an impressive level at such a mature stage of the product cycle. Momentum is being sustained by a more affordable price and the product’s outstanding design. But we still believe it’s necessary for Apple to have a new 4-inch iPhone because: (1) it will be key to extending momentum in the 4-inch category; and (2) it could complete the Apple Pay ecosystem, assuming it is equipped with NFC. We predict a launch in 2016."

The well-informed analyst claims that the iPhone 5c will likely reach the end of its product cycle later this year, with the iPhone 5s becoming the new entry-level device in Apple's smartphone lineup once the so-called "iPhone 6s" and "iPhone 6s Plus" are released this September. For now, the oft-rumored "iPhone 6c," speculated to be an iPhone 5s with plastic casing, is not planned.

Kuo first expressed doubt that Apple will release a new 4-inch iPhone this year in a note to investors obtained by MacRumors earlier this month, in which he claimed that Apple is still targeting 4.7-inch and 5.5-inch models for its next-generation iPhones. Sketchy rumors and leaked images of the purported "iPhone 6c" began picking up in March, but few specific details about the rumored smartphone have surfaced.

Foxconn is expected to be the primary manufacturer of the 4-inch iPhone in 2016.

Ballis
Outstanding design is the key. Im sure many, like myself, are annoyed by Apples new phablets and prefer the much better looking 5S even if it is weaker. Screw NFC and other new features if those huge, ugly ass iphones are required.
Rating: 19 Votes

My iPhone 5 is gonna have to last a long time.
Rating: 16 Votes

stevearm
I returned my 6 after two days. Far too big and uncomfortable to use, especially compared to the beautifully designed 5S. I'm amazed Apple sacrificed usability for this pointlessly giant screen in your pocket :rolleyes:

Oh well, I'll hold onto my 5S until their next 4 inch phone.
Rating: 11 Votes

I returned my 6 after two days. Far too big and uncomfortable to use, especially compared to the beautifully designed 5S. I'm amazed Apple sacrificed usability for this pointlessly giant screen in your pocket :rolleyes:

Sold my iPhone 6 after 3 months. Sick of it rolling around in my pocket like a monster and slipping out of my hands. Went back to a 5s. The metal band and size mean I can type one handed while walking and can pocket it in my jeans.

Size isn't everything. Please don't flame on me, but a phone in my eyes should be discrete and portable. Tablets for larger screens is my preference.
Rating: 10 Votes

darkslide29
I thought 3.5" was perfect. We all saw those pictures that showed it was perfect for thumb coverage throughout the screen. I was hesitant to get a 4" iPhone, but it was good after some getting used to. I dreaded the thought of the iPhone 6 and 6 plus. Neither was going to be a one handed device anymore. Since the regular 6 couldn't really be used with one hand easily either, I said screw it I'll just get the 6 plus then.

I have one now, and I love it. You'll never pry it out of my hands! What we use our phones for now is different from when the screen size was 3.5". And when we had 3.5" devices, the iPad felt necessary. But now with these bigger screens on an iPhone, I used my iPad Mini less and less. I ended up just giving it to my girlfriend.

Nothing wrong with having an iPad with a 6 Plus! Just saying I am happy with a 6 Plus and a Mac, for me personally. The size grew on me and I don't want to go back to smaller.
Rating: 9 Votes

firewood
I, for one, would be a customer for 6s guts inside a 5s chassis.
Rating: 8 Votes

icanhazapple
Why not come back with a premium 4' design that's introduced with the same materials as the 4.7' and 5.5' sizes?

Why does the smallest size need to use the cheapest materials?
Rating: 8 Votes

DavidLynch
Upgraded to the iPhone 6 last year and will never go back to a 4 inch screen.
Rating: 7 Votes

I have a feeling a lot of people will grab a 6 or 6+ if it's at the current pricing of the 5S in September..

Unless of the 6s & 6s+ bring something more significant to the table.


2GB of RAM is significant. The current 1GB is a joke, and will obsolete those devices quicker than they should be.
Rating: 7 Votes

JohnApples
I always thought that the majority preferred large screens. I was surprised when most of my iPhone friends and family, hated the "giant" 6 and 6 plus. None of them will update past the 5s.

Even though I love the size of the 6, right in the middle, I'm in full support of continuing a 4 inch model. Everyone's preferences are different, and people love choices.

The least they could do is update the 4 inch model every other year.
Rating: 6 Votes