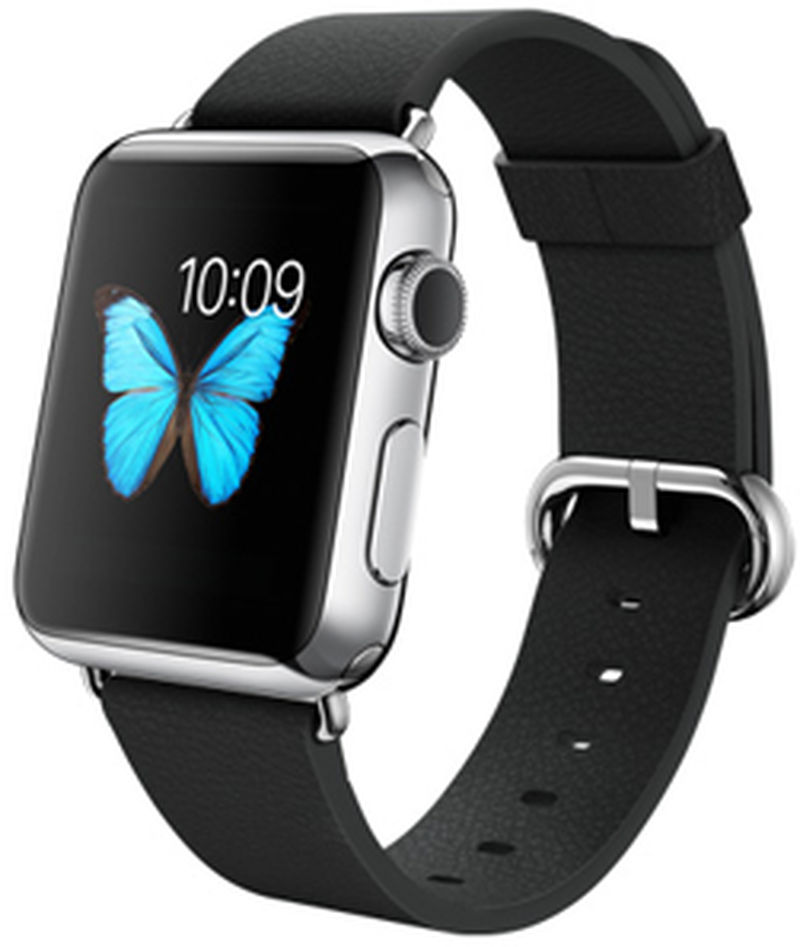 Apple issued a reminder on Thursday that Apple Watch pre-orders and try-on appointments begin April 10, with retail chief Angela Ahrendts stating that Apple Watch orders will be taken exclusively online at launch to ensure that customers have the best selection and experience possible.

Apple also believes that "tremendous interest" in the Apple Watch will result in demand exceeding supply at launch. Yesterday, it was reported that some Apple Watch models may be unavailable for April 24 delivery based on shipping times that briefly appeared on the Apple Online Store in the United Kingdom and Germany.

"We are excited to welcome customers tomorrow and introduce them to Apple Watch, our most personal device yet. Based on the tremendous interest from people visiting our stores, as well as the number of customers who have gone to the Apple Online Store to mark their favorite Apple Watch ahead of availability, we expect that strong customer demand will exceed our supply at launch,” said Angela Ahrendts, Apple’s senior vice president of Retail and Online Stores. “To provide the best experience and selection to as many customers as we can, we will be taking orders for Apple Watch exclusively online during the initial launch period.”

Apple Watch pre-orders begin on April 10 at 12:01 AM Pacific, or equivalent local times in other countries, in the United States, Australia, Canada, China, France, Germany, Hong Kong, Japan and United Kingdom. Apple Watch officially goes on sale April 24 in the aforementioned launch countries, although in-store pickup will not be accepted without a reservation.

SavMBP15
Of course Apple is "expecting" this demand. But the markets, tech news sites, etc. appear not.

I wonder if this time Apple with withhold supply to make the appearance of demand, thereby creating a market of lemmings wanting to buy it because they cannot have it.

Also, FWIW, I'm 100% Apple, love Apple products, etc. But the iWatch is a solution to a non-existent problem.
Rating: 25 Votes

MacHiavelli
If everything is to be pushed online, what's the point of Angela?
Rating: 13 Votes

JonnyIreland
One thing that astounds me is that, on one hand, Apple/Angela Ahrendts talk like they are trying to make the Apple experience a more luxurious/higher end product, yet large portions of the purchasing public have to get out of bed at ridiculous times in the slim hopes of ordering a launch day product. Believe me, there is nothing classy about seeing me at 3am* sitting in front of my iMac in my boxers!

*No, nobody is FORCING me, I get it.... But it all seems rather contradictory to me, just my opinion.
Rating: 13 Votes

Translation from $overpaid Ahrends-speak to English: "To provide the best experience and selection to as many customers as we can, we will be taking orders for Apple Watch exclusively online during the initial launch period." = "I may personally be making $millions out of Apple but I still can't provide a satisfying retail experience". Google Translate really needs to have an additional option for translating Apple-speak.
Rating: 13 Votes

maflynn
In other news, research has shown rain is actually falling water :p

Of course demand will outstrip supply. We've already had reports of low yeilds from manufacturing and a lot of demand for for it.
Rating: 11 Votes

Onimusha370
In other words, 'we screwed up, and we're not sorry'
Rating: 10 Votes

phillipduran
I've never liked when people tell me what the best anything is for me. I define my best experience as not dealing with salesman or making appointments. The best they could do for me is have a display with what I want on it, I go in, I grab what I want, I check out and I'm on my way. I do my research online, I don't need your people to tell me what fits me.

Same-o, same-o tired response to when Apple introduces a new product and despite maxing the capacity of their vendors (dealing with yields for cutting edge tech), assembled by the largest manufacturing companies in the world, and employing huge shipments, Apple somehow consistently and cleverly manipulates the market in their favor, fooling everyone. Except you.

Just like the iPhone 6, right, where for the first 3 or 4 months it was very difficult to purchase one. All manipulated, right? And that's how they sold 74 million phones in its first quarter, right?

To make that assertion you for sure must have detailed inside information supporting your theory of artificial scarcity, so please share the details here.


Did you just give a logical intelligent response to that guys comment? Save your time sir and just roll your eyes!
Rating: 6 Votes

2457282
As I have mentioned before, I hope Apple does well with the watch, but I feel they are screwing up the launch entirely. They want to sell this like fashion. But with fashion, a big part of the process is the impulse or passion created in store when trying it on. The whole approach of having to make an appointment to try it on and then only in certain configurations, only to be rebuffed if you want to buy it seems way off. "So glad you like it, but sorry you can't have one. Please visit our website, order it and come back in a month to pick it up." That is just such a bad customer experience. I would have expected better from Angela with her background.
Rating: 6 Votes

Locoboof
For the love of God....... Please have your servers ready apple. Please
Rating: 6 Votes