Apple CEO Tim Cook today sent out a series of Tweets condemning Indiana Governor Mike Pence's decision to sign a controversial "religious freedom" bill into law, saying Apple is "deeply disappointed" in the move and "open for everyone."

Apple is open for everyone. We are deeply disappointed in Indiana's new law and calling on Arkansas Gov. to veto the similar #HB1228. — Tim Cook (@tim_cook) March 27, 2015

The religious freedom legislation that was approved by Pence on Thursday could let businesses turn away gay and lesbian customers by citing "religious freedom." The approval of the bill has earned Indiana national attention, and much of it has been negative, with organizations and companies throughout the United States vowing to stop supporting the state. 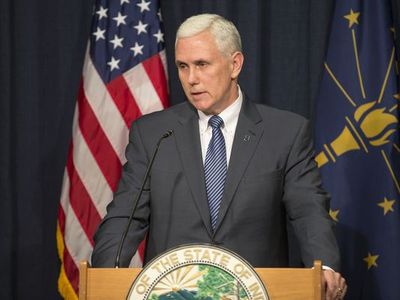 Senate Bill 101 prohibits state or local governments from substantially burdening a person's ability to exercise their religion -- unless the government can show that it has a compelling interest and that the action is the least-restrictive means of achieving it. It takes effect July 1.

Along with Apple's condemnation, the NCAA has questioned the impact the legislation will have on future sporting events, Salesforce has vowed to halt expansion plans in the state, several conventions typically held in Indiana have said they will find other venues, and San Francisco Mayor Ed Lee spoke out against the decision and barred all non-essential publicly funded City employee travel to the state.

In his tweets, Cook also called for Arkansas Governor Asa Hutchinson to veto H.B.1228, a similar bill that was recently passed by the Arkansas state senate, and he reiterated Apple's own commitment to equality and its efforts to treat every customer the same, regardless of "how they worship or who they love."

Around the world, we strive to treat every customer the same — regardless of where they come from, how they worship or who they love. — Tim Cook (@tim_cook) March 27, 2015

Cook came out as gay last October, but even before then, he's had a long history of supporting equality and speaking out against discrimination. In 2013, he lectured on equality at his alma mater Auburn University, and during that same year, both he and Apple publicly supported the Employment Nondiscrimination Act.

Under his direction, Apple released a statement in support of Supreme Court gay marriage rulings, and Cook also led Apple to march in support of the LGBT community during the 44th annual Pride parade in San Francisco.

xero9
This seems like a slippery slope. Not for Apple, but Indiana. Crazy that in 2015, this is passed.
Score: 85 Votes (Like | Disagree)

usarioclave
You might be free to believe whatever, but that doesn't mean your beliefs don't have consequences.
Score: 80 Votes (Like | Disagree)

rdowns
Bracing for the onslaught of bigots that we see every time they put a front page article in PRSI.

Many religious types should heed my signature.
Score: 70 Votes (Like | Disagree)

hexor
How will a business tell if someone is gay or lesbian? Wouldn't this make it easy to discriminate against anyone?
Score: 52 Votes (Like | Disagree)

Does Tim Cook live in Indiana? No - then shut the **** up you whining cry baby and get on with your day job.

I read the statement issued by the Governor and apparently this has nothing to do with discrimination. It's simply about upholding people's rights to religious freedom. That seems reasonable to me.


I sure miss the down vote button right now.
Score: 42 Votes (Like | Disagree)

Kissaragi
What a terrible law, hopefully it isn't in place for long!

Good on Apple for coming out against it.
Score: 39 Votes (Like | Disagree)
Read All Comments

Friday May 20, 2022 6:50 am PDT by Joe Rossignol
Earlier this week, The Information's Wayne Ma outlined struggles that Apple has faced during the development of its long-rumored AR/VR headset. Now, in a follow-up report, he has shared several additional details about the wearable device. Apple headset render created by Ian Zelbo based on The Information reporting For starters, one of the headset's marquee features is said to be lifelike...
Read Full Article • 118 comments