German carmaker BMW on Thursday denied that its discussions with Apple involved developing an electric car, according to Reuters. German automotive magazine Auto Motor und Sport reported hours earlier that Apple and BMW were in close negotiations about developing the automaker's all-electric i3 vehicle into a so-called "Apple Car."

"The BMW spokesman said: 'We are in regular talks with companies from the IT and telecommunications sector, including Apple, concerning topics like connected vehicles. Developing or building a car is not a topic of these discussions.'" 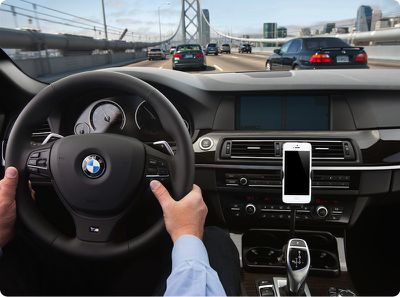 The German report claimed that the electric car could be manufactured by BMW and sold at Apple Stores, with Apple developing a full-fledged operating system for the vehicle that integrates with the car's fuel consumption and driving data. It is plausible that Apple is working to expand its CarPlay efforts on the dashboard, but it remains to be seen how closely integrated the platform will be with future vehicles.

I'm guessing BMW is as scared of Apple making a car as Apple is of BMW making a phone.
To those saying Apple moved from the PC industry to the phone industry so cars is OK: c'mon, be serious for a minute.
Score: 5 Votes (Like | Disagree)

sickducker
Uhg look at that dashboard:mad:, I don't understand why car dashboards still have to look like 80's stereo towers. Although car designers are capable of designing nice clean dashboards, they're only used in concept cars.
Score: 4 Votes (Like | Disagree)

Don't get me started on the buttons. BMWs and other german makes tend to have dozens of buttons scattered all over the place that perform various functions. Tesla seems to have taken the right approach. Only two buttons!


The upside of buttons in a car is that they provide tactile feedback, so you can find your way around by fiddling in the center section, and keep your eyes on the road. A touch screen needs you to look at it in order to navigate it.
Score: 3 Votes (Like | Disagree)

The moment I read word BMW I knew it is BS. Why would Apple collaborate with one of the crap-mobile world leader. If Apple would be anything like BMW it would be tiny niche player in the junk phone market. Thanks but no thanks BMW, keep your junk for yourselves! Over engineered and unreliable is the word. Oops both of these terms/words are missing from German vocabulary or mean absolutely opposite of English, well that explains it. LOL


Oh my, you seem rather angry. I've been nothing but happy with all the BMWs I've driven, as have my colleagues - my company has almost a dozen BMWs across 3 countries here in Europe that do on average 40,000km per year, and no-one has had any issues, apart from the odd speeding ticket. But we did have quite a few issues with vehicles from the VW (including Skoda/Audi), let alone the issues my colleagues across the pond in the US had with their US and Japanese cars (which kept being recalled).

In additon people are going to be making adjustments while driving. They need something to happen instantly.
Nobody has the time to dangerously navigate through menus whilst doing 100.

Don't get me started on the buttons. BMWs and other german makes tend to have dozens of buttons scattered all over the place that perform various functions. Tesla seems to have taken the right approach. Only two buttons!

I've owned my i3 for about 7 months and find the minimal dash design refreshing and zen like to drive.

We did cross shop the Model S and the i3 has a good mix of physical buttons which is lacking form the giant touch screen in the Tesla. I can adjust things like volume, temperature, seat heaters, radio presets without taking my eyes off the road, or using the voice controls. At the time Tesla didn't have routing around traffic in the Nav and that was one of the killer features for me, saving a lot of time on my commute. Tesla added that in October 2014 though.

I think people need to keep in mind that BMW was the first car company to support iPod integration in 2004 (http://www.apple.com/pr/library/2004/06/21iPod-Your-BMW.html). It's not out of the question that BMW and Apple are working together on something. 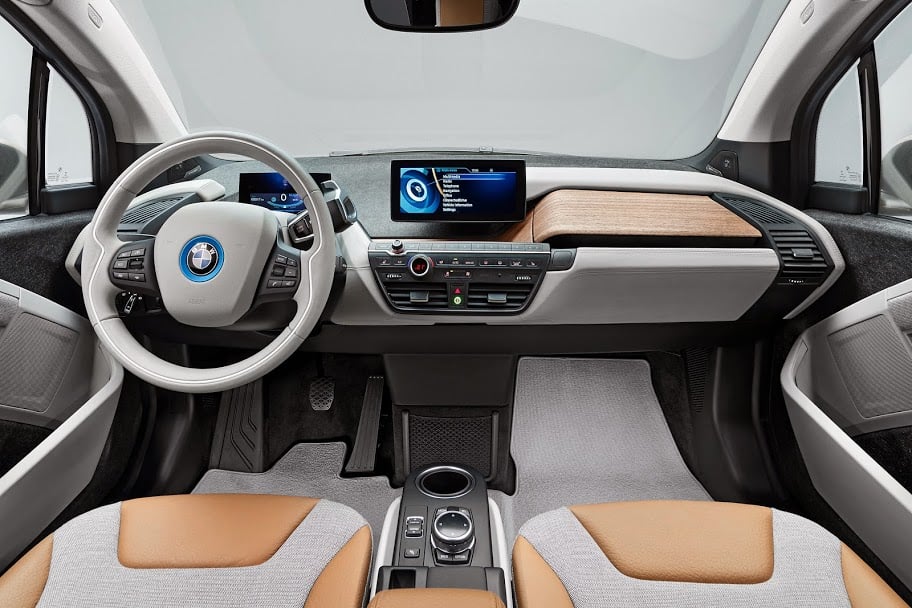