Google's security team, Project Zero, this week disclosed to the public several security vulnerabilities in OS X, some three months after the issue were shared with Apple (via Ars Technica). While Apple has not commented officially on the issues, it appears one has already been patched and iMore reports the remaining two are fixed in OS X 10.10.2, which is currently in developer testing. 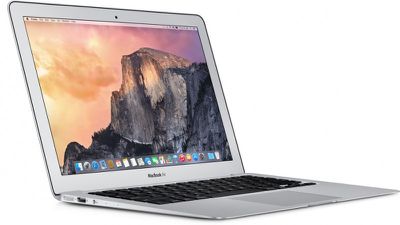 Project Zero works to discover security vulnerabilities of various operating systems and software, giving their owners 90 days notice to patch the issues before publishing their findings to the public. In their markup of Apple's OS X, problems involving memory corruption, kernel code execution, and a sandbox escape were all discovered by the team. Ars Technica notes:

At first glance, none of them appear to be highly critical, since all three appear to require the attacker to already have some access to a targeted machine. [...]

Still, the exploits could be combined with a separate attack to elevate lower-level privileges and gain control over vulnerable Macs. And since the disclosures contain proof-of-concept exploit code, they provide enough technical detail for experienced hackers to write malicious attacks that target the previously unknown vulnerabilities.

As the 90-day deadline hit during the week, the group began posting its findings online. Google's notes suggest one of the vulnerabilities was fixed with the release of OS X Yosemite, while the other two remained unaddressed.

But as pointed out by iMore, Apple's incoming OS X 10.10.2 update does indeed include fixes for the remaining two vulnerabilities exposed by Project Zero.

[B]ased on the latest build of OS X 10.10.2, seeded [Wednesday] to developers, Apple has already fixed all of the vulnerabilities listed above. That means the fixes will be available to everyone running Yosemite as soon as 10.10.2 goes into general availability.

Google's Project Zero has been disclosing significant security vulnerabilities for a number of months now, previously discovering a few significant Windows issues and sharing them online. The project shines light on much-needed fixes to various operating systems, but sometimes undercuts the point of security, as in that Windows case that's left users' systems more vulnerable with the publicized knowledge before Microsoft could properly fix it. Still, the 90-day window before public disclosure is intended to give companies time to fix the issues while also giving them incentive to do so in a timely fashion.


How?
They could expose the issue without the 90 day grace period if they wanted to be dirty.
Score: 37 Votes (Like | Disagree)

Anyone hear that that explosion at Cupertino?


The irony that Android right now is biggest botnet source in the world right now because of crap level security and upgrade policy... That I could have 100+ separate security patches for Microsoft in one year... Makes Apple pretty secure from any derision from the likes of Google or Microsoft.
Score: 16 Votes (Like | Disagree)


You mean by communicating that OS X has security holes, how's that dirty? It will now at the very least get addressed by Apple
Score: 15 Votes (Like | Disagree)

You mean by communicating that OS X has security holes, how's that dirty? It will now at the very least get addressed by Apple


Because they have holes in their own OS that remain open for months that they don't report on. Before a company starts searching for and reporting flaws in someone else's product, that should devote those resources to fixing their own mess.
Score: 14 Votes (Like | Disagree)

jay_app
Google has a disingenuous agenda on this. Where are all the hundreds of issues with Andriod, Chrome OS, gmail, etc? They will not mention them. Should Microsoft or Apple publish Google's issues after 90 days. The list would be very long.
Score: 13 Votes (Like | Disagree)

admmasters
How about Google actually fix their own bugs?

Pretty annoyed at Google at the moment considering Lollipop's widely reported issues and bugs such as this which they consider obsolete, but clearly aren't (reproducible on Macbook Pro Retina Late 2013 + Yosemite 10.10.1): https://code.google.com/p/android/issues/detail?id=39548

Those in glass houses...
Score: 11 Votes (Like | Disagree)
Read All Comments