Facebook today plans to launch a new app for iOS and Android, simply titled "Work", that will allow businesses to build their own Facebook-like social networks to facilitate interaction amongst employees.

The service, which will also available on the main Facebook website, has been beta tested in "a very small set" of businesses around the world, Lars Rasmussen, the engineering director at Facebook who is heading up the project, told TechCrunch. Today's launch is the next step in testing the project, a continuation of a process the company has essentially been working on for a decade due to its basis in Facebook's own employees using the service to plan meetings, share files, and collaborate on projects.

“Facebook at Work’s strength is that we’ve spent ten years and incorporated feedback from 1 billion active users,” he says. “All of that is embedded now in the same product but adapted for different use cases.”

And it’s actually used by staff. “When Mark makes an announcement he just posts it on Facebook at Work,” Rasmussen says.

No details on pricing of the app, or overall service, were given, though TechCrunch points out that Rasmussen never rules out advertisements as a future possibility for the service. Facebook at Work will also be a bit bare bones when it launches today, as the service will allow users to share and receive documents, but due to the company's time crunch to meet today's launch, there won't be any in-app editing yet.

Rasmussen also gave TechCrunch a run-down of how the service functions when starting out, describing linking accounts amongst a user's personal Facebook and an overall similarity to the company's previously established Groups service.

“When an employer adopts Facebook at Work, they can construct it with a set of new accounts. Users can then link their work and personal accounts together so that they are logged into both at the same time.” This would work much like Groups and public profiles do today. On mobile, you would have two mobile apps running at the same time, he adds. “Even if the employee chooses to link there is no crossover. The content stays entirely within your personal or work Facebook.”

Though Facebook's new app is decidedly business-focused, it follows the company's recent trend of separating individual aspects of the service into multiple independent apps acting autonomously from the main Facebook app.

The nascent service has a bit of an uphill battle, with competing services already filling the market and ensuring users their personal data won't leak over into the work side of things, but Rasmussen points out he's already seen how a service like this can fail by working on Google Wave, a similar work-focused service. “I can say that the challenges of making work more efficient is something that has been on my mind for a long time," he told TechCrunch, "And I come to it with a lot of passion and the knowledge of a failure of doing this at a different company."

Fzang
I think we all need a minute or two to finish laughing and giggling at the idea of "Facebook Work". :p

Zxxv
haha and steal all the company info in the process. Are people really this thick?
Score: 4 Votes (Like | Disagree)

GoCubsGo
This is absurd. My company would never allow this kind of thing to be used. We have this interesting thing called the Intranet and SharePoint. Seems to handle our crap pretty well. If I want to communicate with a co-worker I pick up the phone or I send an e-mail. Others likely get off their ass and walk to another cubicle.
Score: 3 Votes (Like | Disagree) 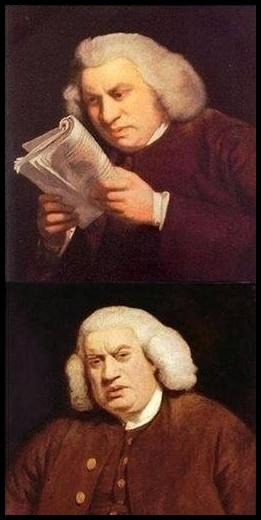