As noted by Dutch website iCulture and reported by iGen.fr, Apple has recently added several new European locations to its Flyover feature for Maps, including Rotterdam in the Netherlands, Malmö in Sweden, Strasbourg and Dijon in France, and Turin in Italy. This expansion follows a similar update earlier this month that added Flyover to cities in France, Sweden and the US. 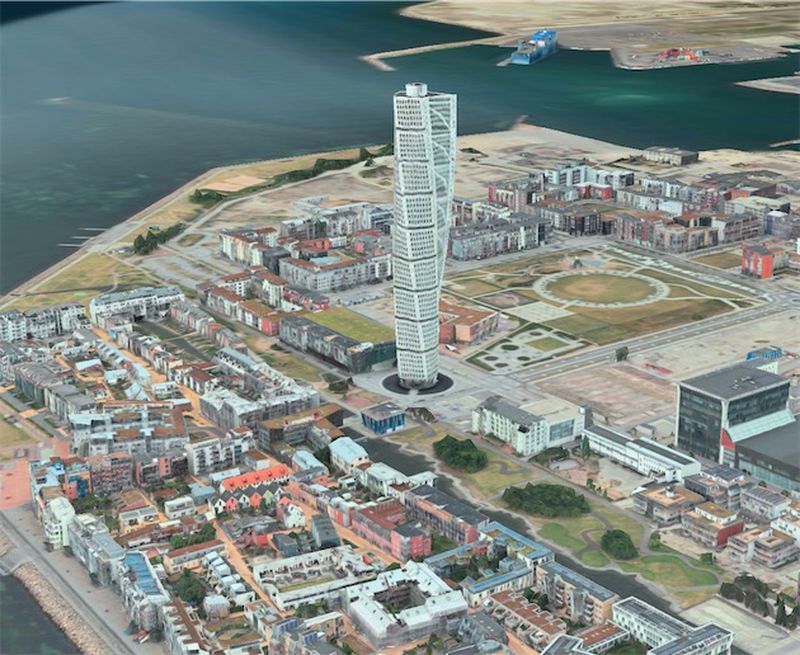 iOS and OS X users can now take advantage of the Flyover feature, which first debuted in iOS 6 and OS X Yosemite. Flyover provides a detailed 3D look at a location, allowing users to zoom in to buildings and other notable landmarks in supported locations. The feature relies heavily on the technology Apple acquired when it purchased C3 Technologies in 2011.

Flyover was limited when it launched, but Apple has been adding locations at a steady pace with support for more than 100 cities worldwide. Apple also recently introduced the new Flyover city tours feature, which provides users with a guided aerial tour of landmarks in a select cities worldwide.

charliex5
God damn. There are certainly better things to be spending time on.
Rating: 7 Votes

For me, Flyover seems to be one of those things that they just have to commit to now.


Well, I use it almost everyday and am very glad its available. There are more uses to a 3D view of the world than just finding directions.
Rating: 6 Votes

They're still wasting resources on this crud?

Useless, gimmicky feature and hardly the best way to view maps. Google Street view is far superior and more user friendly ... and that's hard for me to say given how much I loathe Google.


Wrong. Flyover is vastly superior to exploring places and get an overview of the situation, fast! Unless you want to look into an outdated window display of the store youre going to, Google Street View is pretty impractical. If you actually lived in a city with flyover, you would understand that...
Rating: 5 Votes

Karma*Police
Nice. I'm a big fan of flyover. I use it whenever I can to "explore" cities for business and pleasure and have found it very useful for planning and getting to know my general surroundings. So the more cities the better.

Now if only Apple can get Hop Stop integrated with maps sooner rather than later....
Rating: 5 Votes


This is why I haven't touched Apple maps in years and will never use it
Rating: 4 Votes

RebornProphet
They're still wasting resources on this crud?

Useless, gimmicky feature and hardly the best way to view maps. Google Street view is far superior and more user friendly ... and that's hard for me to say given how much I loathe Google.
Rating: 4 Votes

They're still wasting resources on this crud?

Useless, gimmicky feature and hardly the best way to view maps. Google Street view is far superior and more user friendly ... and that's hard for me to say given how much I loathe Google.


Just because you don't find it useful doesn't mean that other people don't. I like it to preview a city before I go to it. It's certainly not as useful as Street view overall but that doesn't mean it's not useful.

To the contrary, Google street view has been very useful to me, getting I tel on where I am going to go, for example where the parking garage is located, what the building looks like from the front etc. Not impractical at all.


Is it just possible the Google Street view and apples flyover are both useful.
Rating: 3 Votes

And that's why I think it's nice that Apple is working on this, but shouldn't they be spending more resources to making these maps as useful (accurate, up-to-date maps, POIs, public transport info, etc...) as their competitors?
If Apple's goal with Apple Maps was to replace Google Maps (they ditched Google's app and replaced it with their own since iOS 6) shouldn't they provide at least the same basic functionality first?

They ARE spending more resources on the basics of their maps' functionality than they are on Flyover. Flyover only covers a teeny-tiny insignificant fraction of the mappable world.

As to whether they should hold off on any development of the flyover feature until after they are COMPLETELY done with everything else, I'd posit that they should find a cure for cancer before adding or correcting even one POI. The cure for cancer is more important, right? Next comes feeding hungry children. Somewhere way down on the list is adding public transportation info for people who are wealthy enough to own an iPhone, and all the things above it should be done first.
Rating: 2 Votes

Well, I use it almost everyday and am very glad its available. There are more uses to a 3D view of the world than just finding directions.

Out of curiosity what do you use it for daily?
Rating: 2 Votes
[ Read All Comments ]