TD Bank plans to soft launch Apple Pay on Tuesday, December 16, according to a source with knowledge of the bank's plans. As of tomorrow, the U.S. subsidiary of the Canadian bank will begin allowing customers to add their TD Bank Visa Debit or Credit Card to Apple Pay, making purchases with their iPhone 6 or 6 Plus.

As with other credit and debit cards, TD Bank cards will be added via Passbook or in the Apple Pay Settings menu. Some customers may be required to confirm their cards by calling TD Bank's customer service numbers. 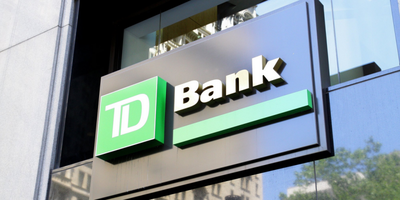 Eligible cards are listed below:

TD Bank employees have been training for the Apple Pay launch since early December, and training wrapped up last week ahead of tomorrow's soft launch. Though Apple Pay is soft launching at TD Bank on Tuesday and will become available to customers, a full launch, complete with advertising, is not expected to come until mid-January.

TD Bank's Apple Pay support is launching later than many other banks, but TD Bank has been an eager partner and announced that it would support Apple Pay shortly after the service first launched.

Apple formed partnerships with many of the largest banks in the United States that saw them adding support for Apple Pay just after it was released, but Apple has also been hard at work getting additional banks on board. In November, for example, several major banks began accepting Apple Pay, including Navy Federal, USAA, US Bank, and PNC.

A notable omission from the list of TD Bank cards supporting Apple Pay is the Target Visa. Yes, that's right: TD Bank is the issuer of Target Visa cards in the U.S.

I would think Target would be all over this, given the massive credit card breach they put us through earlier this year. But if they're abstaining due to their membership in CurrentC, that's truly disgraceful.
Score: 4 Votes (Like | Disagree)

Except you lose your rewards points because your bank isn't involved, it uses a virtual MasterCard credit card.

Our cards and terminals do too, and ours has no limit unlike the Canadian ones that are limited to $25.

I just paid a $244 car repair bill with payPass, nothing new. (this was before Apple Pay)

Limited to 25 dollars? Maybe with a student card but typical cards have a 50 dollar limit for tap paying and "black" cards have a limit of 100. I am not sure you should be bragging about a possible security flaw in the American implementation if you have no limit on payPass. The limits are not a technical limitation but rather for consumer fraud protection.
Score: 3 Votes (Like | Disagree)

Delay in introduction will depress sales of the Watch; this will be incentive enough for apple to roll out Pay in Canada as soon as possible.
Score: 3 Votes (Like | Disagree)

That's nice and all but where's the love for Discover?! Comeon Apple!


Don't you mean come on Discover!
Score: 3 Votes (Like | Disagree)
Read All Comments