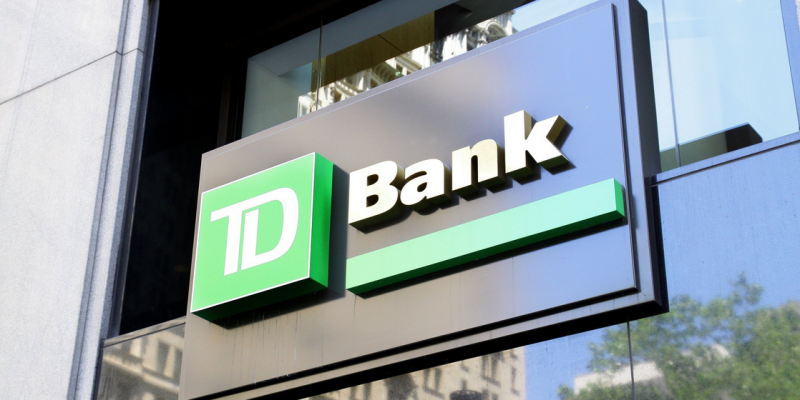 TD Bank's credit card verification process sounds similar to many other banks supporting Apple's new electronic payment system, with users adding the card to the Passbook app on their phones and then making a call to the bank for security confirmation.

Though TD has been very open about entering into an agreement with Apple for future support of Apple Pay, no concrete launch date has been given to customers yet. Though the new report seems believable, its source voices pragmatism, noting that plans are subject to change if unforeseen events arise in the lead-up to the launch.

While several of the largest banks in the U.S. included support for Apple Pay from the service's October 20 launch date, Apple has said it has an additional 500 banks signed on for the service and working to rollout support. A handful of banks have added support for Apple Pay since the initial launch, but TD Bank would be one of the largest to launch support since a second wave of major banks early last month.

Sorry Canada, no Apple Pay yet :(


Well that sucks, given that tap to pay is pretty common in Canada.
Rating: 8 Votes

The U.S. subsidiary of the Canadian bank...

V.K.
I sure hope this means TD is also planning to support Apple Pay in Canada.
If they do it the other big four banks most likely will too which will account for most of the credit card market.
Rating: 3 Votes

ipedro
Credit Cards in Canada can act on their own

I asked my financial planner and he said that given the regulations in Canada and the ongoing plans of banks to introduce their own mobile payment systems, it's unlikely that ApplePay will come to Canada through banks as they have in the US.

However, there's hope because credit card companies can act on their own. They don't care if somebody carries plastic in their wallets or if they're virtually carrying it in their iPhone. They're happy as long as they're processing the payments.

MasterCard has its own NFC SIM card system with several banks so we might see VISA or AMEX get to it first. Initially, they'll introduce specific credit card products for ApplePay and when that proves popular, they'll extend it to the rest of their lineup and finally when banks' own systems fail, they'll get on board with VISA debit and subsequently with their own standard debit cards.

Alternatively, a smaller bank might see ApplePay as an opportunity to differentiate themselves like AT&T and Rogers did with the initial iPhone exclusivity and offer it first. Tangerine is owned by Scotiabank, otherwise they'd be the perfect candidate to use ApplePay to go up against the big banks.
Rating: 2 Votes

TD Bank sucks. Their ATM fees for non-customers is $3.00 per withdrawal (which is highway robbery), and for those unlucky enough to be customers there is now a fee to withdraw cash from ATMs in Wawa convenience stores. Never used to be.

I remember years ago a senator or congresscrook was investigating high ATM withdrawal fees. That investigation went nowhere (though I'm sure his pockets were fattened up nicely).

I sure hope this means TD is also planning to support Apple Pay in Canada.
If they do it the other big four banks most likely will too which will account for most of the credit card market.


Indeed. I'd go so far as to consider switching to TD from Royal if they offered Apple Pay and Royal didn't.
Rating: 2 Votes

ArtOfWarfare
Cool, but my bank has supported Apple Pay for the past month and I've still used it nowhere.

We need far more retailers accepting Apple Pay if this is ever going to replace credit cards.
Rating: 2 Votes

ipedro
Also, it just occurred to me that Apple doesn't need the banks at all to bring Apple Pay into Canada. They could partner with INTERAC, which is a non profit, independent debit payment system that all banks in Canada adhere to. INTERAC is the middle man between merchants and the banks. If INTERAC accepts ApplePay, then all banks would automatically do so as well.

Why would INTERAC accept ApplePay? Lower liability for one. The secure element and TouchID significantly lower the possibility of fraud. That lowers insurance rates. Again, it's a non profit organization so savings from lower liability rates would be passed on to merchants and banks. Everybody wins.

It might take some time for all this to play out but I see several avenues for ApplePay to come into Canada. Apple is on record with saying that they plan to roll out to other countries (without mentioning which) over the next several months and into 2015. Canada is certainly an excellent candidate for a relatively quick rollout given the existing widespread infrastructure.
Rating: 1 Votes

Won't come to Canada anytime soon. They want their own mobile payment systems.

It's just like carriers hate the iPhone and prefer Android because they can control the experience and can add they own apps and branding. But the thing is, once one of the banks gives up and decides to adopt Apple Pay to steal customers away from the other banks, the others will want to do the same so they can say "We have Apple pay too!".
Rating: 1 Votes

As a Canadian, I find this very funny somehow... We'll get it eventually.

It's not like we're in the dark ages with our payment equipment. Last time I swiped my CC was when I was in the US. You guys were more "retarded" in that aspect.


Might be why Apple is targeting the US - it's th biggest change, thus the biggest payoff, in the US.
Rating: 1 Votes
[ Read All Comments ]