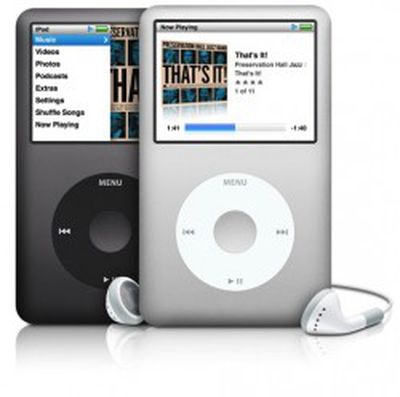 U.S. District Judge Yvonne Gonzalez Rogers, presiding over Apple's iPod/iTunes lawsuit that began last week, has disqualified the last plaintiff in the case and judged that the trial will continue while lawyers scramble to find a replacement, reports Associated Press.

That last plaintiff, Marianna Rosen, was disqualified by Judge Rogers after Apple successfully proved that the devices Rosen bought were either not from the timeframe covered by the lawsuit or were purchased using a credit card issued to her husband's business.

With all plaintiffs now removed from the case, Apple has attempted to have the case dismissed, claiming it is too late to name a new plaintiff. The original plaintiff's attorneys were given a deadline of today to name a new lead plaintiff, but The Wall Street Journal's Jeff Elder reports the judge is conferring with attorneys for both sides this morning to discuss a possible two-day delay in the trial while the situation is addressed.

According to the AP's account of the proceedings that saw the case lose its last plaintiff, Judge Rogers "scolded" Rosen and her attorneys and called Rosen's purchases "inadequate," showing impatience at having spent a week sifting through irrelevant testimony.

"I am troubled," the judge said, citing Rosen's failure to adequately account for her iPod purchases and "the failure of plaintiffs' counsel themselves to investigate sufficiently." But the judge said she has an obligation to the "millions of absent class members" to let the case continue if another lead plaintiff can be identified.

Two other plaintiffs withdrew from the case when their purchased iPods also inadequately aligned with the devices included in the lawsuit. The plaintiffs' attorney Bonny Sweeney claims many more possible plaintiffs are lining up after reading about the story making headlines last week, telling Judge Rogers that "there are plaintiffs who stand willing and ready to step in and we will have them in court tomorrow." Apple's lawyers will be given the names of the possible volunteers and judge whether or not they are eligible.

The case has been making waves since it began last week, with several Apple executives voicing their positions on the issue, a video deposition of the late Steve Jobs being shown in court last Friday, and today's news that major media outlets are seeking to broadcast Jobs' deposition to the public.

jcmeyer5
Seems to me that the lawyers are the ones pushing this case... not consumers. Blood sucking leeches!
Score: 29 Votes (Like | Disagree)

jayducharme
I wonder if there's something else going on here. I mean, for both of the plaintiffs to NOT have even owned an iPod -- that's pretty egregious. How could they (or their lawyers) even remotely think the lawsuit would succeed?
Score: 19 Votes (Like | Disagree)

Amacfa
Shun me as a fanboy, Apple really is a company that tries to do the right thing, and succeeds most of the time.
Score: 16 Votes (Like | Disagree)


Agreed, this doesn't proove anything either way.

However, this feels like a lawsuit that some lawyers are trying to fabricate. The lawyers are having to actually search for people that may or may not have been harmed.

I'll find a hole to twist my ankle in if I walk enough unpaved paths.
Score: 12 Votes (Like | Disagree)


True, but is it fair to add a plaintiff after trial has started? Apple won't have a chance to depose this new person. What if his/her iPod doesn't qualify either?
Score: 6 Votes (Like | Disagree)

cariacou
they should make a movie out of this instead
Score: 6 Votes (Like | Disagree)
Read All Comments