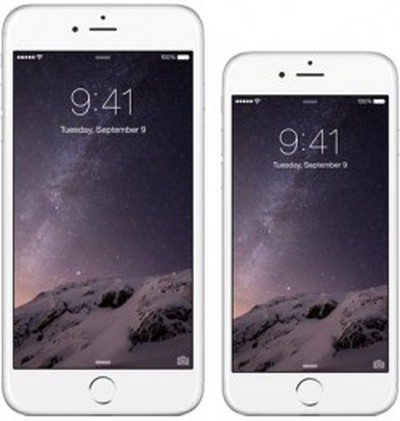 Apple's assembly partner Pegatron is boosting its production capacity in order to help Apple increase inventory of the popular iPhone 6, reports Nikkei. According to local press sources, Apple may also be turning to Pegatron to supplement production of the iPhone 6 Plus, which has seen tight supplies as Foxconn has struggled to meet demand.

Local press reports suggest Apple may also tap Pegatron to produce the iPhone 6 Plus since Foxconn has been struggling to cope with demand. Pegatron officials did not comment directly on the media speculation.

Pegatron's Chief Executive Jason Cheng confirmed in a recent earnings conference call that the company has invested more than $200 million this year in capital expenditures to boost production output, with an additional $300 million planned for 2015.

Pegatron repeatedly has benefitted from strong iPhone sales with an increasing amount of revenue coming from its communications products division, which is responsible for smartphone and tablet production. Though the company's overall Q3 2014 revenue fell due a dip in its computer assembly business, revenue from its communications division increased 10 percent year-over-year.

Pegatron is a long-time manufacturing partner for Apple, serving as a supplementary assembler for previous iPhone and iPad models. The company took a lead manufacturing role for the first time in the assembly of Apple's iPhone 5c, which was introduced alongside the iPhone 5s last year.

no25
Cook should have been doing this along time ago instead of announcing he is gay
Score: 10 Votes (Like | Disagree)

Zxxv
Good to see at least someone put on their big boy pants
Score: 7 Votes (Like | Disagree)

Jamalien
Hopefully my 6 plus will now arrive sometime in the near future
Score: 7 Votes (Like | Disagree)


Because it took so much time out of his day to do that, right? :eek::rolleyes:
Score: 4 Votes (Like | Disagree)
Read All Comments

Monday August 2, 2021 2:12 am PDT by Sami Fathi
For future iPhones, iPads, and MacBooks, Apple plans to use smaller internal components in an effort to increase the size of the device's battery, according to DigiTimes. Image Credit: iFixit Specifically, Apple plans to "significantly increase the adoption" of IPDs or integrated passive devices for the peripheral chips in its products. These news chips will be slimmer in size and allow for...
Read Full Article • 65 comments