Twelve South today announced a new horizontal stand designed specifically for the new model of Mac Pro. Unlike most of Twelve South's product line, the BookArc for Mac Pro is made of a shinier chrome plate that offsets the deep black colors of the Mac Pro itself. The specially designed stand allows Mac Pros to be placed horizontally, saving vertical space in cabinets and on shelves. Earlier in the year Apple confirmed horizontal placement of the Mac Pro unit was safe and operable, under certain guidelines. 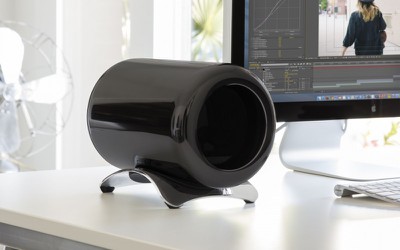 The beautiful, arc-shaped stand holds a Mac Pro horizontally, cutting the vertical height requirement in half. A lower height increases the number of places you can park the most powerful Mac available, including inside professional gear racks and studio shelves.

Is it safe to use a Mac Pro horizontally? Absolutely. It will perform exactly the same on its side as it will upright. In fact, the Apple Tech Note that refers to using a Mac Pro on its side was the inspiration for designing this curved metal stand. Historically, most stand-alone Macs were able to be used on their side or vertically. Twelve South now brings this flexible option to the newest Mac Pro with the BookArc for Mac Pro.

According to Twelve South, if placed inside a racked studio cabinet the Mac Pro on BookArc takes up only seven spaces against the fifteen it would occupy if placed vertically. Twelve South also sells BookArc for a wide variety of Apple products, including ones for MacBook Pro, MacBook Air, and nearly all lines of iPad, including the new iPad Air 2.

The BookArc for Mac Pro can be purchased today for $59.99 from Twelve South's official website.

OldSchoolMacGuy
Hot air rises. It was designed to sit the way it does for a reason. Turning it on it's side means it doesn't rise out the top but instead can heat up other components that it wasn't designed to have heated in that way.

Who says, "I wish this Mac Pro took up more space and I'd like to have $60 less than I currently have."
Score: 34 Votes (Like | Disagree)

Hot air rises. It was designed to sit the way it does for a reason.

From this official documentation (http://support.apple.com/kb/HT6099):

The Mac Pro (2013) has a fan system capable of cooling the computer in a vertical or horizontal orientation as long as you follow these guidelines.

* Provide enough space at each end of the computer for unrestricted airflow into the base and out the exhaust at the top. Make sure that the air intake and exhaust ports are not covered.
* When using multiple Mac Pro (Late 2013) computers, do not direct the exhaust at the top of one Mac Pro towards the intake of another system. Place the computers side by side with a gap of at least several inches between them.

Hot air rises. It was designed to sit the way it does for a reason. Turning it on it's side means it doesn't rise out the top but instead can heat up other components that it wasn't designed to have heated in that way.

Who says, "I wish this Mac Pro took up more space and I'd like to have $60 less than I currently have." 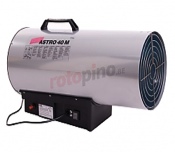 george-brooks
This looks really nice.....until you plug ANYTHING in. Doesn't look like there is much clearance at all underneath for connectors, and they'll look terrible coming out of the top or side!
Score: 14 Votes (Like | Disagree) 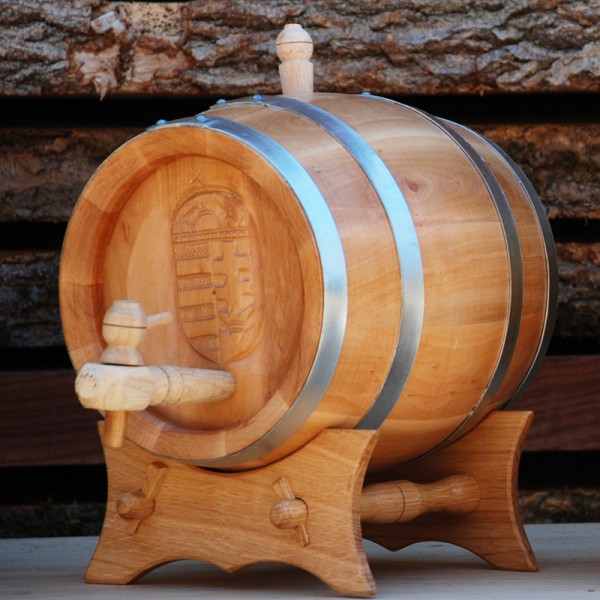 Saturday January 23, 2021 6:00 am PST by MacRumors Staff
We continued to hear a lot more about Apple's plans for its Mac lineup this week, including word of a high-end redesigned MacBook Air and the return of an SD card slot as part of the upcoming MacBook Pro redesign. It also sounds like Apple has been working on Face ID for Mac, but it won't be appearing in a redesigned iMac this year as originally planned. This week also saw rumors about the...
Read Full Article • 57 comments