Irish firm Probendi is seeking to capitalize on Apple's announcement of the Apple Watch earlier this year by using its existing "iWatch" trademark in Europe to launch its own smartwatch device. Probendi director Daniele Di Salvo confirmed in a recent RTE Radio interview that the company will "absolutely push ahead" with its plans to build a smartwatch device that will compete with the Apple Watch, reports news site Herald.ie.

Probendi owns an iWatch trademark in Europe and has been using the iWatch name for health and safety communication software. Di Salvo acknowledges the company's existing iWatch software product, but notes that "the name is easily associated with a smartwatch" when discussing the company's future plans.

It is unclear, however, how Di Salvo will be able to extend use of the iWatch name to a smartwatch, as the category protection for the company's trademark is somewhat limited within the computer software classification. Numerous other companies, including Apple, have filed for protection on the "iWatch" name in a variety of classifications and countries, something that may have contributed to Apple's decision to use the "Apple Watch" name for its product.

Speaking to RTE Radio, Di Salvo refused to comment on any potential discussions with Apple about the trademarked name, but did confirm that the company is in talks with Chinese manufacturers about producing a smartwatch device.

"We have been contacted by some very important manufacturers in China about the possibility of manufacturing a smartwatch and selling them with the name iWatch. Discussions are still ongoing. We are good at software but hardware is definitely not our business but we are evaluating this request," Mr Di Salvo said.

Di Salvo's iWatch will feature a square design, a touchscreen, GPS functionality, and an accelerometer. It reportedly will run the Android operating system, with support for fitness, health tracking and other apps. According to Bloomberg, Di Salvo is looking for manufacturers to assemble the device at a cost that is lower than the Apple Watch's $349 entry-level price.

Patriot24
Apple should trademark "Pro-Bendi" and use the name to market the iPhone 6 in Europe.
Score: 19 Votes (Like | Disagree)

If they actually name it iWatch, people are just going to type "iWatch" into google and it'll direct them to Apple's website. 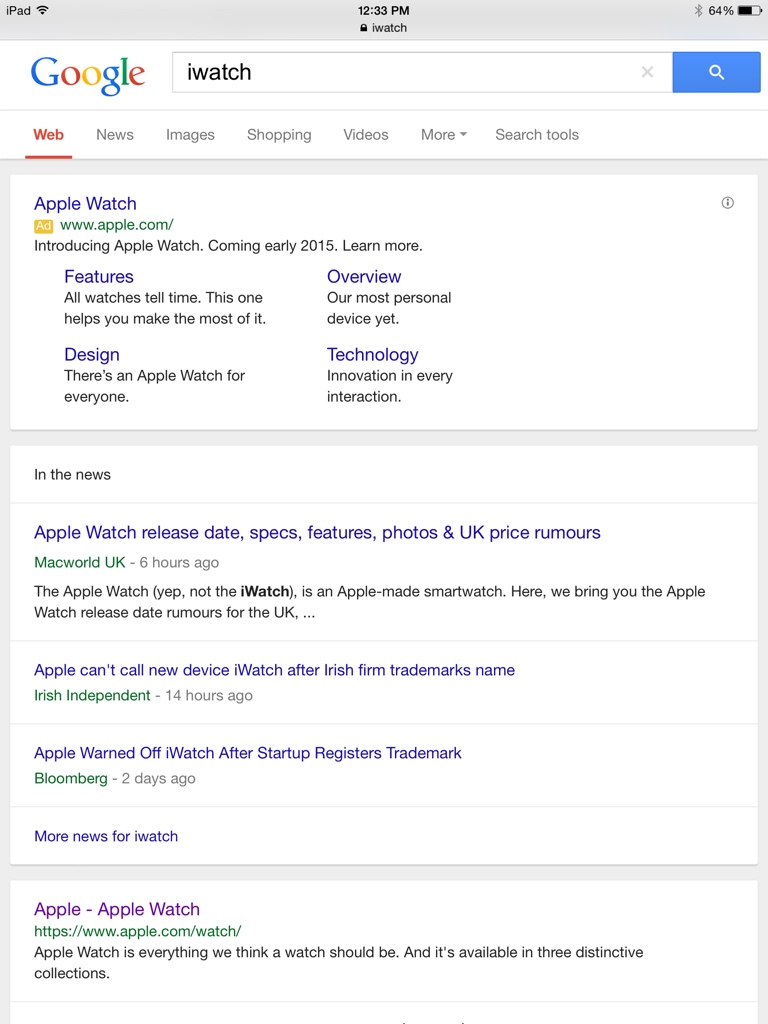 szw-mapple fan
Everyone knows that he's just doing it for a big pile of Cash from Apple.

I've just trademarked "iReland" so the country can't call itself that anymore.

All joking aside, I feel that the trademark issues is one of the reasons Apple is moving to the ":apple:Product" nomenclature. They own "Apple" globally, so they don't have to go through these kinds of battles with every single new product they release.
Score: 5 Votes (Like | Disagree)

Copy your way into free cash. Why not work in a project that benefits humanity?


What do you do?
Score: 5 Votes (Like | Disagree)
Read All Comments