Tim Cook on Apple Watch: 'You're Going to Wind Up Charging It Daily'

Apple CEO Tim Cook took the stage today at the WSJ.D conference in Laguna Beach, California, where he commented on an array of topics including the Apple Watch, Apple Pay, Apple TV, and more.

Unsurprisingly, Cook said that Apple is "excited" about the upcoming launch of the Apple Watch, and he's impressed that Jony Ive and his team had the foresight to understand that "something you wear has to be personal" and that it can't be "geeky."

Cook divulged some new information on the Apple Watch's battery, which has previously gone unmentioned by Apple. Cook says that people will use it so much that it will need to be charged on a daily basis. "You're going to wind up charging it daily," he said, declining to provide a specific battery life for the device as Apple is still examining how people use it.

Battery life on the Apple Watch has been in question since long before the device launched, with early reports suggesting Apple was having trouble getting the device to last longer than a day. While the company was originally aiming to have the Apple Watch last three to four days, it appears that battery life may be closer to the iPhone's battery life, requiring a charge on a nightly basis. Apple employees have also suggested that the device may only last for a full day of usage, which is why Apple designed an easy charging system.

The Apple Watch connects to a magnetic charger that's much like the MagSafe chargers supplied with the Mac, snapping easily to the back of the device. High-end versions of the Apple Watch even ship in a luxury box that doubles as a charging stand. Apple likely has not commented officially on the Apple Watch battery as it is continuing to finalize the software for the device ahead of its early 2015 launch.


An official rough transcript of Cook's comments during the interview, which also covered the Mac, the iPhone, Apple's taxes in Ireland, plans for a low cost iPhone, and Cook's thoughts on Carl Icahn, can be found over at The Wall Street Journal, and a second comprehensive live blog from Fast Company's Harry McCracken also has details on exactly what Cook shared during the conversation.
Related Roundup: Apple Watch Series 7
Tag: Tim Cook
Buyer's Guide: Apple Watch (Buy Now)
Related Forum: Apple Watch
[ 283 comments ] 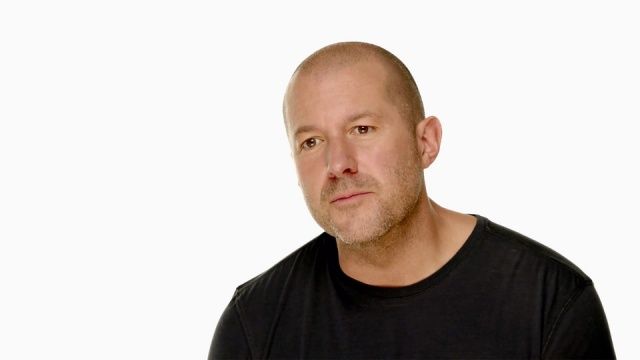 BenTrovato
They can't make the battery TOO good otherwise there won't be enough incentive to buy Apple Watch 2 :apple:
Score: 63 Votes (Like | Disagree)

saha-med
And nobody asked him about the mess he made with the macmini
Score: 44 Votes (Like | Disagree)

odds
Not surprised and not bothered, either. The Apple Watch is going to be awesome, so I'll be using it quite a bit. Getting a full day out of it is enough for me! Can't wait for pre-orders. :apple:
Score: 20 Votes (Like | Disagree)
Read All Comments

Friday January 21, 2022 6:11 am PST by Hartley Charlton
Following months of bleak news about Peloton's "precarious state," including the revelation that it has halted production of its bikes and treadmills, Apple is being floated as a potential buyer of Peloton's troubled fitness business. Yesterday, CNBC reported that Peloton will temporarily stop production of its connected fitness products due to a "significant reduction" in consumer demand, a ...
Read Full Article • 329 comments

Sunday January 23, 2022 2:59 am PST by Tim Hardwick
Apple has always emphasized the depth of thought that goes into the design of its products. In the foreword to Designed by Apple in California, a photo book released by the company in 2016, Jony Ive explains how the company strives "to define objects that appear effortless" and "so simple, coherent and inevitable that there could be no rational alternative." But every once in a while even...
Read Full Article • 302 comments

Sunday January 23, 2022 10:32 am PST by Juli Clover
Apple is working on a number of new products that are set to launch this fall, and Bloomberg's Mark Gurman says that it will be "the widest array" of new devices that Apple has introduced in its history. In his latest "Power On" newsletter, Gurman explains that Apple is working on four new iPhones (iPhone 14, iPhone 14 Max, iPhone 14 Pro, and iPhone 14 Max), an updated low-end MacBook Pro, a ...
Read Full Article • 164 comments

Friday January 21, 2022 12:43 pm PST by Juli Clover
Earlier this week, Apple began requiring that customers taking advantage of educational discounts in the United States verify their status as a teacher, student, or school staff member through UNiDAYS. The requirement was a major change as Apple had never asked customers to go through a verification process in the United States before, and now, just three days after verification was added,...
Read Full Article • 213 comments