Wednesday October 22, 2014 1:21 pm PDT by Juli Clover
Chrome and Firefox users that install OS X Yosemite are receiving notifications suggesting they give Safari a try, according to multiple reports on Twitter (via Tom Davenport). After upgrading to Yosemite, Apple is sending popups that read "Try the new Safari. Fast, energy efficient, and with a beautiful new design."

The interactive notification comes with "Later" and "Try Now" options, and it seems that users may be receiving the messages when opening Chrome or Firefox for the first time after installing the operating system update.

Apple made several updates to Safari in OS X Yosemite, including adding a new "blazing-fast [Nitro] JavaScript engine" and energy saving technologies to make Safari both faster and more energy efficient. According to Apple, Safari is significantly faster than both Firefox and Chrome, a claim that was tested by CNET and received mixed results. 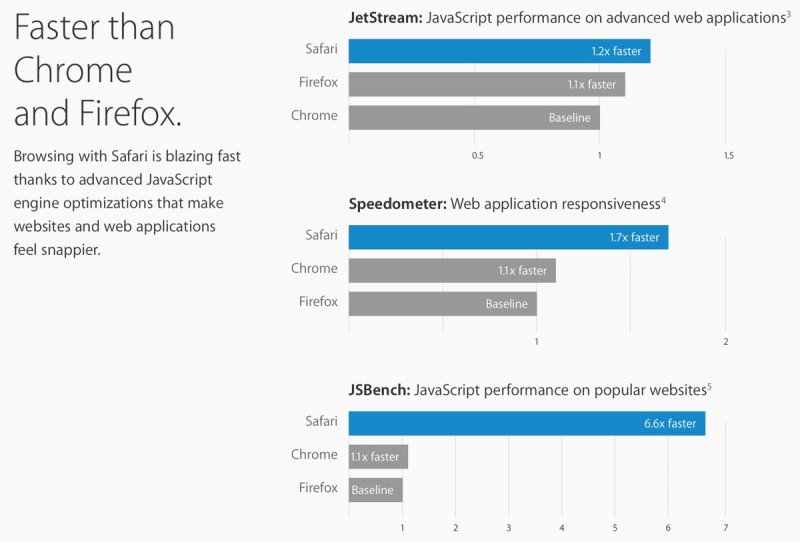 Along with speed improvements, Safari gained some new security features, including DuckDuckGo support and isolated Private Browsing windows that allow users to have a non-private browsing window open at the same time as a private browsing window. The browser also continues to offer third-party cookie blocking, malware monitoring, and sandboxing for websites.

Safari received a complete visual overhaul in OS X Yosemite, introducing a new streamlined look that does away with the favorites bar by default and a revamped Tab View that displays all open tabs in a tiled arrangement, much like iOS. 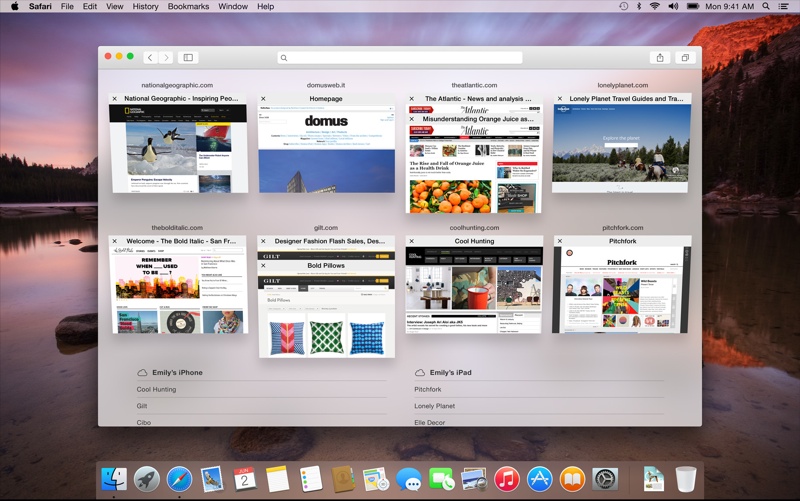 Safari has also benefitted from Handoff, a Continuity feature that allows users to open a webpage on a Mac and seamlessly continue browsing on an iOS device (or vice versa), and the browser natively supports Netflix, providing two extra hours of battery life when watching movies or TV shows.

Built into OS X Yosemite, Safari 8 is automatically installed alongside the new operating system. Released on October 16, Yosemite is estimated to be installed on approximately 20 percent of Macs at this point in time.

MacOSXI
Chrome is faster... when it comes to sending your private life details to Google...
Rating: 48 Votes

WiiDSmoker
No Thanks. Need those Chrome extensions.
Rating: 34 Votes

Dilster3k
Couldn't agree more, Safari on Yosemite is truly something else. It's also the most efficient and plays great with iOS devices, why even use those crap alternatives?
Rating: 26 Votes

You can't even sort bookmarks in Safari :confused:

DarkCole
I honestly love Safari and it's my go-to browser.
Rating: 23 Votes

Freyqq
Also, if Chrome or Firefox is your default browser, when you open safari the next time it will ask if you want to make safari your default.

Honestly, it felt a little low for Apple. If I want to make safari my default, I'll do it without apple begging me to change over.
Rating: 21 Votes

You can't even sort bookmarks in Safari :confused:


Yes, that's always bugged me. Whilst Safari is an excellent browser, the features and options are piss poor.

Also, if Chrome or Firefox is your default browser, when you open safari the next time it will ask if you want to make safari your default.

Honestly, it felt a little low for Apple. If I want to make safari my default, I'll do it without apple begging me to change over.


The exact same pop up happens when you start up Firefox or Chrome if Safari is your default browser.

How about Internet Explorer ?
Rating: 17 Votes