Apple Pay launched on Monday with iOS 8.1, allowing iPhone 6 and 6 Plus owners to make contactless payments via NFC with Touch ID for authentication.

Though the initial launch is occurring in the United States where Apple has focused its efforts on getting credit card companies, banks, and retailers on board, international iPhone owners can also take advantage of Apple Pay if they have a supported U.S.-based credit card, as documented in Whirlpool forums and pointed out by Australian Beau Giles. Users in the United Arab Emirates and elsewhere have also successfully used Apple Pay. 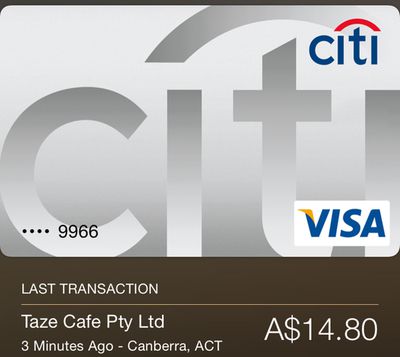 To use Apple Pay in countries outside the U.S., Giles notes that iPhone owners need to change the region for their phones from their home countries to the United States. This enables Apple Pay, which will accept participating credit cards issued by U.S. banks.

To show the Apple Pay settings, simply open the Settings app on your iPhone (or iPad mini 3 or iPad Air 2), tap on General, Tap on Language & Region, and tap on ‘Region’. Change it to the United States.

Now you should be able to visit Passbook and see the option to set up Apple Pay.

Once an iPhone is configured with the appropriate U.S. credentials, international owners can use Apple Pay at point-of-sale terminals that support NFC payments. Australians, for example, can use Apple Pay at locations that accept MasterCard PayPass, Visa payWave, or American Express ExpressPay payments.

As Giles points out, the situation is not ideal for natives of countries outside of the U.S., as using a U.S. credit card for these purchases will incur currency conversion fees that can increase costs significantly. But for U.S. users traveling abroad or for international users who have U.S. credit cards and simply want to try out the service, Apple Pay does indeed function internationally.

Though Apple Pay is officially supported in the U.S. for the time being, the mobile payment solution is designed to work with existing payment terminals around the world. Once banks begin to work with Apple and offer support for Apple Pay, the expansion of the program into international countries should be relatively easy.

Update 7:49 AM: TechSmartt has posted a video walkthrough of Apple Pay setup and usage at a vending machine in Canada.

Am I the only one that doesn't get this whole Apple Pay thing?

How is this different than existing NFC solutions that have been around for years?


It's new and exciting because MORE people now have access to this than ever before.

Sure, Android had NFC payments before, but it was only available to a small percentage of users on Kit Kat, with the proper phone, and it was more technical to use. It wasn't very hard, it just wasn't super easy.

Apple has made it very easy, and opened this to the masses. This is one of those things that Android geeks don't get. Android just shoves something out there and hopes people figure it out. Apple works with partners, gets out the word, puts out videos, makes it's word actually HEARD, and makes the processes simpler, and more secure, that things actually get adopted.
Score: 26 Votes (Like | Disagree)

Am I the only one that doesn't get this whole Apple Pay thing?

How is this different than existing NFC solutions that have been around for years?


From what I understand, the difference with Apple is the extra security. Your actual card data is never given to the retailer so if they are hacked, they get nothing of use. Whereas I think with other NFC payments, it like swiping your card so the hackers get it all.
Score: 17 Votes (Like | Disagree)

So when people say they "support" Apple Pay, they mean the extra security features? Otherwise, I can already use it anywhere that NFC is accepted?

So every NFC terminal works with Apple Pay already, and all these news articles is just about retailers supporting extra security features? I mean I like extra security as much as the next guy, but my CC already protects me anyway...

Said about a million times...

Limiting this to US cards first is a terrible move by Apple. I understand that perhaps they need to make arrangements with banks for debit card support, but credit cards like VISA, MC, AMEX should be able to be used in any country.

I have a VISA issued in Canada, last time I checked VISA is an American company.

But sadly the reality is that Apple probably wants to profit from each transaction, hence the need for deals in each country.


I'm pretty sure there are many different regulations in different countries that need to be followed before they can just roll-out Apple pay I don't think the companies (Apple, Visa, MC, etc) want to stall the roll-out, but they may have regulatory issues to solve first.
Score: 13 Votes (Like | Disagree)

From what I understand, the difference with Apple is the extra security. Your actual card data is never given to the retailer so if they are hacked, they get nothing of use. Whereas I think with other NFC payments, it like swiping your card… so the hackers get it all.

Google uses “Host Card Emulation”(HCE) in place of a physical Secure Element. In other words, Google’s servers store your card number and are involved with every transaction you make.
When one makes a payment with Google Wallet, the app interacts with the card reader over NFC and then sends the details of the transaction to Google’s server. In a fraction of a second, a temporary card number is generated for the purchase and sent to the stores payment processor. The actual card number never passes through the merchant’s point-of-sale system.

Apple does not collect data on every purchase you make - Google does.
Score: 12 Votes (Like | Disagree)

MyopicPaideia
BOOM. Told you everyone!!!
Score: 9 Votes (Like | Disagree)
Read All Comments