Today at its media event in Cupertino, Apple CEO Tim Cook announced that WatchKit would release for developers in November alongside the Apple Watch SDK. Previously, WatchKit had still been in development and was available to a select few third-party developers like Starwood Hotels. 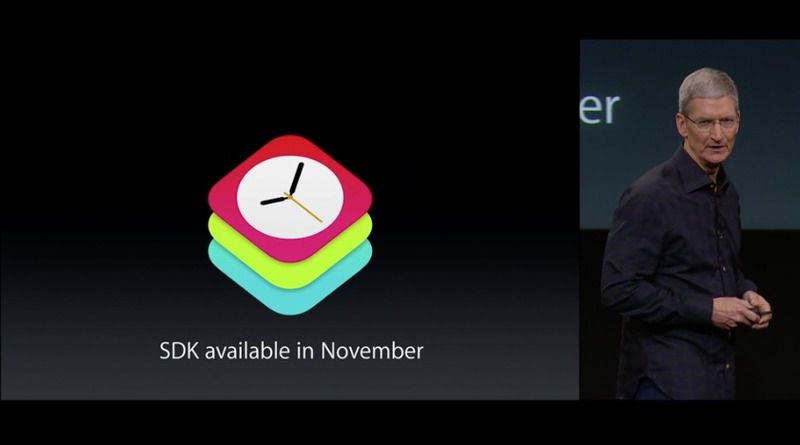 nagromme
This, it will turn out, is the day's big news... all but lost in the shuffle!
Rating: 2 Votes

This, it will turn out, is the day's big news... all but lost in the shuffle!


Agreed, this is what make a device. Wish they would release one for the ATV.
Rating: 1 Votes

NyArtboy
Get ready for total global takeover of the wearables category by Apple in 3...2...1...
Rating: 1 Votes
[ Read All Comments ]