The iPhone 6 and 6 Plus were subjected to their first drop test yesterday after the two devices went on sale in Australia. While the 6 and 6 Plus fared well when dropped on their backs, the screens did see significant shattering when dropped face down on the concrete.

A second drop test conducted today saw somewhat different results. Android Authority dropped the iPhone 6 and the iPhone 6 Plus in several different ways, including face down, and the two devices saw little damage aside from scuffs. Even when dropped on their faces with a decent amount of force from waist high, the screens remained intact.


A similar result was seen after a genuine accidental drop. The first person to receive an iPhone 6 in Australia opened up the package on camera and immediately dropped the phone on the hard ground, where it miraculously came away unscathed.
It's impossible to determine the overall durability of the screen in the iPhone 6 and 6 Plus based on a limited number of drop tests that were conducted under different conditions, but this additional data does serve to reassure users that the devices do have the potential to survive a fall.

X-X
Don't you look at these videos BEFORE you post them MacRumors?

THE DROP TEST VIDEO IS FAKED!

You can even see the glas panel coming off when the 6 plus hits the ground (3:53), then they cut to a completely intact phone. 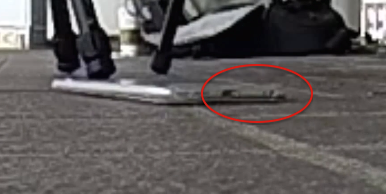 Monique1
Well duh. It's a well known fact that gravity is much stronger in Australia.
Score: 30 Votes (Like | Disagree)

Don't look at these videos BEFORE you post them MacRumors?

THE DROP TEST VIDEO IS FAKED!

You can even see the glas panel coming off when the 6 plus hits the ground (3:53), then they cut to a completely intact phone.

Seriously, you are accusing ANDROID AUTHORITY of faking an iPHONE drop test and being SOFT on Apple?!? Conspiracy nuts are funny sometimes...
You seriously scrubbed the video and zoomed in to try and find this conspiracy? The still you posted shows nothing of the sort.
Let us know how Android Authority responds to your conspiracy emails. It will be good for a laugh.
Score: 22 Votes (Like | Disagree)

JGruber
Look at the video again, around the 3:36 mark, you can see the screen separate from the device in slo-mo.
Score: 18 Votes (Like | Disagree)

[FONT="Comic Sans MS"]Who cares... people aren't going to go out and drop their phone like this [/FONT]

ZacNicholson
[FONT="Comic Sans MS"]Who cares... people aren't going to go out and drop their phone like this [/FONT]
Score: 15 Votes (Like | Disagree)
Read All Comments