Earlier this week, a Bloomberg report claimed China's National Development and Reform Commission and the Ministry of Finance had prohibited government purchases of Apple hardware. While we acknowledged in our initial report that there was dispute about the reason for Apple's omission from the list, China's Central Government Procurement Centre, the finance ministry, and Apple have all come forward to officially refute the Bloomberg report (via Reuters). According to the official statements, Apple never intended to be on the procurement list in question. 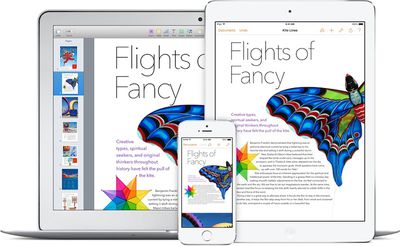 "Even though Apple has the certification for energy-saving products... it has never provided the necessary verification material and agreements according to the regulations," said a Finance Ministry fax sent to Reuters on Thursday evening, a statement closely mirrored by the Central Government Procurement Centre in their own announcement on Friday.

Government agencies reportedly are still free to purchase Apple products even though they don't appear on this energy-saving list. Most of the products included in the supposed ban still appear on the Central Government Procurement Centre website, though they were offline temporarily this week for a routine price adjustment.

China is a growing area of opportunity for Apple with the company expanding its retail presence rapidly in the country. Apple now has eleven retail stores in the country and has partnered with China's three major wireless carriers, including China Mobile, which is the world's largest carrier by subscriber numbers.

They are mass slaughtering civilians at the drop of a hat.


Perhaps you should actually read the entire news article, not just scan the tabloid headlines. If you consider Hamas firing rockets into their country "dropping a hat", then I suggest you avoid headgear altogether. You might put live munitions on your head in error, which would be extremely hazardous to you and others.
Score: 4 Votes (Like | Disagree)

The first sentence in that article seems to sum it up:

"When Bloomberg News runs an iffy story that makes Apple look bad, so does the rest of the tech press."


And you could probably replace "Bloomberg News" with any other blog or news site and it would still be accurate :)
Score: 3 Votes (Like | Disagree)

How the entire media ecosystem reported on this story without a second source:


The first sentence in that article seems to sum it up:

"When Bloomberg News runs an iffy story that makes Apple look bad, so does the rest of the tech press."
Score: 2 Votes (Like | Disagree)

charlituna
so the news is that China claims not they didn't ban Apple.

hmm, could it be that no they didn't. Or that they did but they don't want it getting out. Based on the lack of sources either is possible. But really does it matter that much. They allegedly banned purchasing by government offices, not everywhere. How many allegedly lost sales is that. If they had banned sales of Apple products in China that would be a hit but come on. Our own President has been and probably still is forced to use a Blackberry for phone calls. Is this any worse.
Score: 1 Votes (Like | Disagree)

I guess you must be in favour of a full trade embargo on Israel as they've just slaughtered 1500 civilians.

If the Israeli government is acting all passive-aggressive against the United States, then I consider it an unstable trading partner, yes.

Is Netanyahu acting all passive-aggresive with the US Government? Cozying up to US government one day, and then chastising and blasting US foreign policy the next. Does the Israeli leader act like that? Gee, I wonder. ;)

But I never implied any "full trade embargo" on China. That's your fiction. I merely said that Apple should not be dependent on a single manufacturing base. Putting your eggs in one basket, as the saying goes.
Score: 1 Votes (Like | Disagree)
Read All Comments