Obama has long supported the act, which was originally introduced via a 2013 "We the People" petition that gathered more than 100,000 signatures calling for cell phone unlocking to be made legal. It first became illegal to unlock a cell phone in January of 2013, after an exception in the Digital Millennium Copyright Act expired, restricting U.S. customers from shifting their service to other carriers or using their devices abroad with local SIM cards. 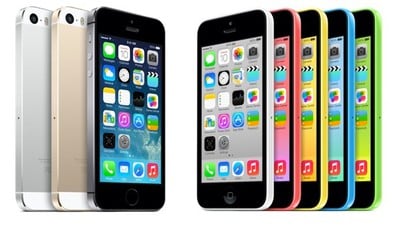 Now that cell phone unlocking is once again legal, consumers and third-party unlocking services will be able to unlock paid-for cell phones and tablets without receiving express permission from carriers and without facing criminal penalties. The changes will make it easier for consumers to take their devices to the carrier of their choice after contractual obligations have been fulfilled and it will also be easier to use existing devices abroad.

The bill not only restores the rights of consumers to unlock their phones, but ensures that they can receive help doing so if they lack the technological savvy to unlock on their own.

The most important part of this joint effort is that it will have a real impact. As long as their phone is compatible and they have complied with their contracts, consumers will now be able to enjoy the freedom of taking their mobile service -- and a phone they already own -- to the carrier that best fits their needs. At a time when partisan gridlock all too often threatens progress on everyday issues that matter to consumers, working together we listened to your voices, and the American people benefited as a result.

In December of 2013, U.S. cellular carriers and the FCC also came to an agreement over a set of voluntary principles that will make it easier for wireless customers to unlock their devices and switch from carrier to carrier after a contract has been fulfilled.

luckydcxx
This is the only good thing he has done in his Presidency.
Score: 67 Votes (Like | Disagree)

nagromme
Note: Due to the political nature of the skin color of the twice-elected leader of the US, all of his successes are underreported and soon forgotten, his failures are unforgivably worse than other leaders', right-wing hysterical lies go unchecked by even mainstream "journalists" under the guise of "balance," and problems created before he took office undergo time travel to become his fault, while credit for his solutions goes mysteriously to his opponents, even though they will turn against their own principles and past ideas simply because a moderate president agrees with them and they'd rather make sure that no good ideas are allowed to happen in the US until the proper skin color has returned to power (which they manage to convince themselves on the surface is no part of their thinking). Therefore, this otherwise purely fact-based and non-controversial (unless you believe governments should answer to their corporate masters) discussion thread is located in our Politics, Religion, Social Issues forum.
Score: 57 Votes (Like | Disagree)

On the side note, this restores things exactly how they were prior to Jan. 2013, correct? The freaking phone should not have to be paid off to be unlocked. The consumer should be able to unlock it when he damn well feels like it. It's HIS phone.


Yep... It's a shame that insurance companies can no longer have lifetime maximums and have to accept pre-existing conditions, especially for people who have life-long conditions like my nephew who is a 3 years old hemophilia that needs 3 shots a day that cost $1,700 EACH (yep, about $1.8 million a YEAR). But healthcare is less important than a couple extra bucks in your pocket.

I'm not a fan of any President because they all have secret agendas but I think it's funny how someone can bitch about Obama and call him un-American because he is trying to get us up to par with policies other countries have implemented that worked very well. Yeah, maybe "Obama-care" isn't perfect but it's better than doing nothing like the alternative would have been.
Score: 42 Votes (Like | Disagree)

This is the only good thing he has done in his Presidency.

The ONLY thing?
Score: 38 Votes (Like | Disagree)
Read All Comments

Monday July 26, 2021 3:45 am PDT by Tim Hardwick
Apple's larger redesigned iMac will arrive sometime in 2022 rather than later this year, according to the leaker known as "Dylandkt." On Twitter, Dylandkt claimed that Apple's "high end iMac" is not expected to release in the fourth quarter of 2021 alongside Apple's "M1X Macs" – a reference to Apple's redesigned MacBook Pro models – because "Apple simply does not want their devices to...
Read Full Article • 104 comments