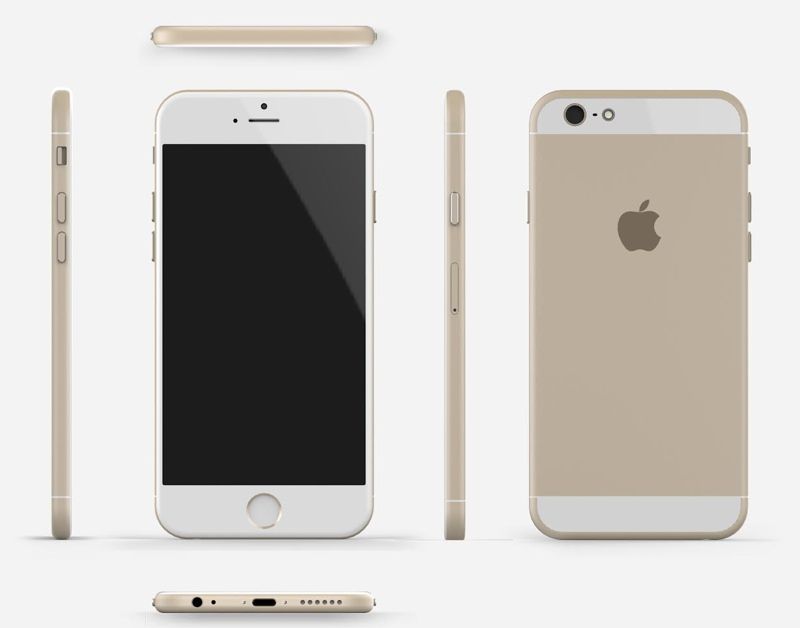 Citing inside sources, the report claims that Apple will ship the iPhone 6 with a tactile feedback linear motor, which can allow the user to feel subtle vibrations depending on different app scenarios and even on specific areas of the touch screen. The report also notes that this new haptic feedback motor will cost twice or three times as much as the $0.60 vibration motor found in the iPhone 5s.

Apple has expressed interest in haptic technology in the past, filing a patent on the subject in 2009. That patent discussed the idea of allowing users to "feel out" the different elements on a web page with haptic feedback, noting that the lack of such a technology was a disadvantage for the iPhone's multi-touch screen.

The iPhone 6 is expected to launch in September in two sizes of 4.7-inches and 5.5-inches. Aside from a larger display, the device is also expected to include a faster quad-core 64-bit A8 processor, and a thinner design with curved edges like that of the fifth-generation iPod touch. Both iPhone 6 models are also expected to receive an improved camera, which will come in the form of optical image stabilization for the 5.5-inch model and a new lens module for the smaller 4.7-inch phone.

mactumors
The list of rumored features for this thing is getting ridiculous...

It can't possibly all be true. Reminds me of the iPhone 5 rumors when everyone thought it would be an impossibly thin teardrop with NFC and so on.
Rating: 17 Votes

I have a feeling the iPhone 6 is going to be one bad-ass phone.


I have a feeling you are going to be sorely disappointed.

Invariably, the laundry list of rumored iPhone features & improvement never happen all with one release. From the first iPhone revision onward Apple has included two or three changes. It's always evolutionary, not revolutionary because Apple wants to sell you the next iPhone too, not to mention an engineering challenge.

Everything else, pick one.
Rating: 13 Votes

2457282
No hints of this in the code. Or at least no one has found anything suggesting this so far in the developer pre release. No API, no settings, etc. I am therefore thinking this is not a reality yet. Personally even if it was I am not so sure about it. I had an android for a bit that had so,etching like this and I was not a big fan. Just my thought of course.
Rating: 10 Votes

mikethebigo
I have a feeling the iPhone 6 is going to be one bad-ass phone.
Rating: 10 Votes

Let's hope this isn't gimmicky like the Blackberry Storm. :cool:

sshambles
'will cost twice or three times as much as the $0.60 vibration motor'

Improved battery life > everything else including this.
Rating: 9 Votes

BvizioN
I hope iPhone 6 will look like that mock up instead of the one with the thick borders. Thick top/bottom bezels but I can leave with it.
Rating: 7 Votes

'will cost twice or three times as much as the $0.60 vibration motor'

Improved battery life > everything else including this.


What this really means is the iPhone 6 will cost an extra $100 because of this "feature".
Rating: 5 Votes

krewger
oh yay! Maybe there can be a slow vibrate instead of the ridiculous high speed one in the 5s. It's obnoxious, like a child screaming in a library. A iPhone 5s only has one silent mode, and that is with sound and vibrate off. Leave a iPhone 5s on a desk and it vibrates and you can hear it 30 feet away. I have always wished it would run at half speed and produce a softer vibrate like the old 4s and prior.
Rating: 4 Votes