Monday July 7, 2014 11:05 am PDT by Juli Clover
Alongside iOS 8 beta 3, Apple today released a new version of OS X Yosemite, three weeks after releasing the second Developer Preview and over a month after introducing the new operating system at its annual Worldwide Developers Conference.

The update, build 14A283o, can be downloaded from the Mac App Store or the Mac Dev Center.

Ahead of today's new beta release, Apple announced plans to wipe all CloudKit data for the iOS and Yosemite betas, including data from iCloud Drive, iCloud Photo Library, and Mail Drop.

OS X Yosemite is currently only available to developers, but Apple plans to offer a beta version of the software to Mac users at some point during the summer. A public release of OS X Yosemite is expected in the fall, after several additional beta iterations.

Dark Mode - First previewed during WWDC, Dark Mode is now officially available as of the third developer preview of Yosemite. Previously, Dark Mode could only be enabled via terminal command. 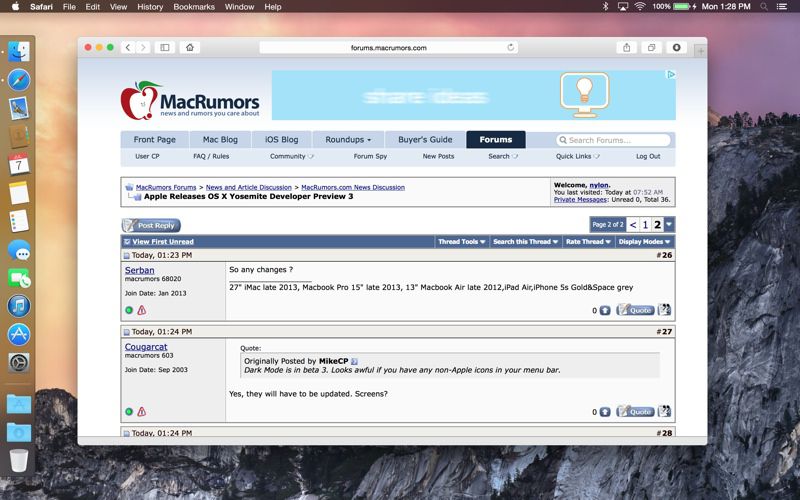 QuickTime - QuickTime has an updated icon.

Settings - Apple appears to have removed the Continuity/AirDrop settings from the System Report in Developer Preview 3. Previously, these settings let users know if Continuity and AirDrop were accessible on their machines. Apple also removed an "Allow Handoff between this Mac and Your iCloud devices" toggle from System Preferences on some machines.

For most people (or for me at least) we don't have the money for separate work/personal/dev machines, so the betas get installed on the only device I have. I'm not saying people have a right to complain about bugs because it is a beta, but the argument that it shouldn't be installed on personal machines isn't always valid.

Making another partition for installing Yosemite costs nothing
Rating: 13 Votes


He's talking about this:

I, too, am curious about how it's going to work. Since I doubt you have an answer to the question either I don't understand where your attitude is coming from.
Rating: 8 Votes

I wonder, what does a "more modern look" mean?


It's the opposite of a less modern look.
Rating: 6 Votes

For most people (or for me at least) we don't have the money for separate work/personal/dev machines, so the betas get installed on the only device I have. I'm not saying people have a right to complain about bugs because it is a beta, but the argument that it shouldn't be installed on personal machines isn't always valid.


Sorry. But an external hdd costs about 50 bucks. So your argument is invalid.
Rating: 6 Votes

I just switched back to Mavericks. Couldn't stand the bug where my Internet would choke up totally every few minutes (for every machine I have, including ios devices). Anyone else experienced this bug? Or just incompatibility with my router? Asus n56u. Is this resolved in this build?


Wait. What do you mean with »switched back«? 10.10 is still beta and not for productive use. So complaining here about bugs is out of place.

Don’t get me wrong, but saying »I just switched back to Mavericks« implies that you used a beta on your productive system.
Rating: 6 Votes 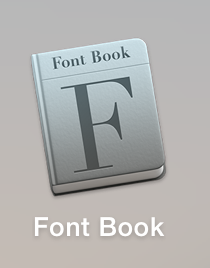 Frankied22
I wonder when they will open up the public beta for Yosemite. I would love to get my hands on it.
Rating: 4 Votes