After announcing plans to cease development of its professional photo editing software, Aperture, Apple is assuring users of its other professional-oriented software that it plans to continue video development with a series of new updates. 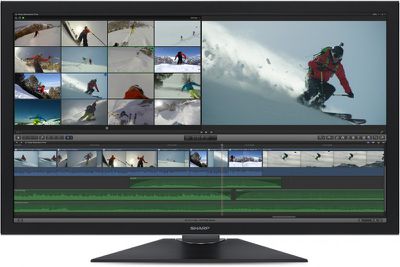 Final Cut Pro, Motion, Compressor, and MainStage Pro are all being updated today, with Final Cut Pro receiving the largest update. The update for the professional video software includes a range of new features and improvements:

- Optimized, proxy, and rendered media can be stored at any location outside of the library
- Easily delete optimized, proxy, and rendered media from within Final Cut Pro X
- Used media indicators for Compound clips, Multicam clips, and Synced clips
- Option to show only unused media in the Browser
- Apply a standard (Rec. 709) look in real time to high dynamic range and wide color gamut video from ARRI, Blackmagic Design, Canon, and Sony cameras
- Automatically apply an ARRI embedded 3D LUT from the new AMIRA camera
- Support for Apple ProRes 4444 XQ
- Improved speed and accuracy when synchronizing clips
- Audio recording improvements including countdown and automatic Audition creation from multiple takes
- Fast export of cuts-only projects containing XDCAM media
- Export entire library as a single XML file
- Selecting a library displays key metadata in the Inspector
- Adjust relative and absolute volume of a clip or range selection
- Create Keywords from Finder Tags when importing media
- Option to sort events by date or name in the Libraries list
- Import a clip by dragging directly into the Browser
- Share 4K video to Vimeo

The other apps have gained minor improvements, such as support for Apple ProRes 4444 XQ in both Motion and Compressor along with improved sequence text behavior in Motion and improved performance in Compressor.

All of the apps are available from the App Store, with Final Cut Pro priced at $299, and Motion and Compressor priced at $50. According to TechCrunch, a MainStage update is also coming later today.

Wait is FCPX now considered professional software? I haven't kept up but I know it was trashed at first release because it wasn't professional at all.


You're right. You haven't kept up. Most of the features people complained about missing are back in and the rest was just people getting used to the new interface. I use it to make my living so that makes it a professional program for me.
Score: 12 Votes (Like | Disagree)

I personally dumped it, and none of the people I work with or know in film and television use X - it's hobbled tech, and not suitable for professional productions. Most stick with FCP7 or moved to Avid.


This kills me every time I read it.

I've used it for mainstream music videos, and currently edit a kids TV show with it.
Score: 9 Votes (Like | Disagree)

YoGramMamma
If I can try to offer a (hopefully) unbiased two cents from an actual professional video editor in "the industry" in LA, my experience is this:

Most editors do not use FCPX. Many heard about all the drama from the initial launch and stayed away, many work in a post production facility (or part of a workflow) that FCPX doesn't jive well with and therefore they don't bother. That being said, this is the reality now, in 2014. But to end the conversation here is very short sighted.

I use FCPX and have been using it from June 2011. Initially I used it alongside FCP7 but now I use it exclusively. There are several projects that I have to send out to post sound / color who work in workflows other than FCPX and I have no limitations in doing that. I use X to 7 and simply convert my completed edits to FCP7 and then export an XML or EDL or OMF from there. I tie it all up in a nice zipped folder with a copy of the 7 project file, the X library, and any other reference assets. I've been doing this for years now, with no hiccup. It takes about an extra 15 mins once I have locked picture. If post color is using DaVinci I don't even have to do that I just send the XML straight from X.

There have been national commercials for Google, Verizon, Skechers, Taco Bell, and projects for Lady Gaga and other top bands that I have personally edited on FCPX so I only have those credits and about 200 lesser known client videos that have been done in X. Professional?? I dunno you be the judge. I hate hearing all this talk about "professional" software though bc everyone's definition of that word is so subjective and so varied. X allows me to work in a way that I prefer and that's why I use it. I think premiere and avid are fine software, and I don't bash them simply because I don't prefer them. Even though I use and love X, I still wouldn't be so simple-minded to think that it's widely used within the (niche) community of pro video editors... It isn't. And that's ok. Here's why...

Because all the younger generation of "not pros" that are just dipping their toes in the world of video editing now, are going to be the same people in 20 years that are vying for the more prestigious edit jobs, and it's my (hopefully humble enough) opinion that THIS is who apple has it's crosshairs aimed at with the retooling of FCPX. The kids. When FCPX was first launched I took a long look at not only the workflow nuances of how apple's editor differed from adobes and avids, but also how the software underpinnings differed - from a code and framework perspective. I then evaluated which company I thought would have the better software in 5, 10, and subsequent years. It was my personal opinion that while adobe and avids offerings were more wise for editing in an "industry compliant" way now, the current way common NLEs work DID/DOES in fact need a rethinking if it's going to run in any efficient way in 5+ years. (Notice I said "efficient" way, meaning not to imply that in 5 years premiere won't work... But rather that hardware and software synergy if you will, will require fresh code in order to maximize hardware abilities). That conclusion, combined with my ability to work in X and use a handful of inexpensive plugins to assimilate with a non-X-friendly "industry" is the reason why I use X. That decision is only corroborated more and more with every person who sees my work then finds out it was done in X, especially if they're near my edit station and I show them how I work in the app. But again, this is my experience and certainly isn't applicable for every editor everywhere.

But really, just use what makes sense in your post workflow. That is all.
Score: 5 Votes (Like | Disagree)


They better. Motion is pretty much my bread and butter software as a motion graphics designer. I use After Effects sometimes but Motion most of the time. And I just bought the mObject add-on that allows me to create textured 3D objects within Motion that react to lights and cameras. So when I read the article about Aperture, I got a little nervous until I read this.
Score: 5 Votes (Like | Disagree)

mathcolo
Cannot blame them for wanting to make sure people know the other apps are still okay, considering the Aperture backlash!

As a sound professional, my clients need to buy X2Pro to export a AAF file if they are using FCPX. To me, it's remarkable that a major update doesn't include the ability to export audio in a format that ProTools can open.

As far as I'm concerned, it's not Pro yet.


I used Final Cut 7 and Adobe until Apple fixed Final Cut X.
I switched to Final Cut X a year ago....and have been able to export audio only for the entire time under the export settings. For the X naysayers...I've been in broadcasting 45 years and just won my 7th Emmy (31st nomination) That most recent Emmy was accomplished using only Final Cut X.
Score: 4 Votes (Like | Disagree)
Read All Comments