The Gamevice sports a form-fitting design that cradles the iPad mini, and features console-style controls including dual-analog sticks, a directional pad, face buttons, shoulder bumpers, and triggers. The accessory is compatible with all iOS games that feature controller support, which currently includes titles like Limbo, Star Wars: Knights of the Old Republic, and The Walking Dead.

The Gamevice's reveal comes after last week's Electronic Entertainment Expo, where a surge of new iOS controllers appeared. The introduction of so many new iOS controllers comes as rumors surrounding the gaming capabilities of the next-generation Apple TV have ramped up in recent months. Some have speculated that Apple could utilize iOS gaming controllers, a set-top box and an App Store ecosystem to become a major force in the console gaming industry. 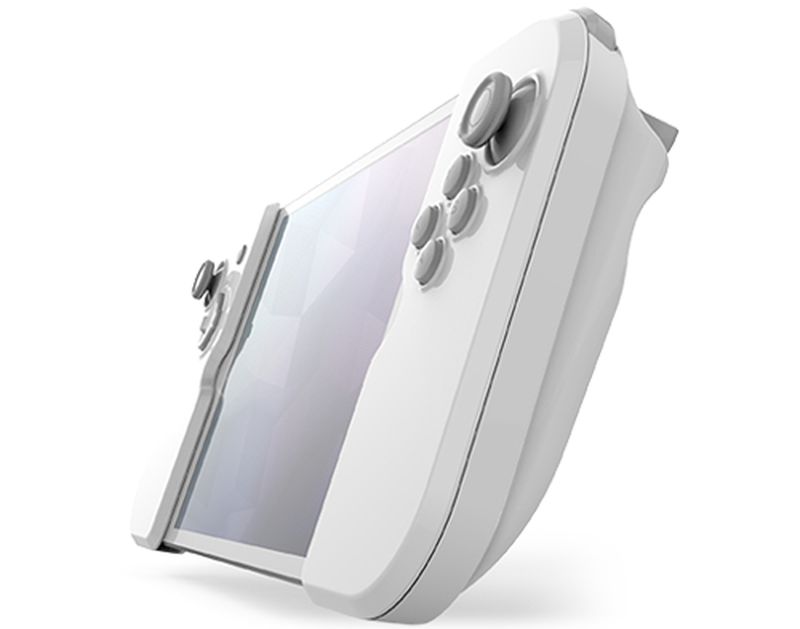 Wikipad's Gamevice controller for the iPad mini is expected to be released later this year. Interested customers can sign up at the accessory's official website for more information.

Jessica Lares
It looks like they're mocking those awful iPhone snap on controllers with this.

I don't like it, it's just weird. Just stand up your iPad Mini somehow and use a regular controller.
Rating: 2 Votes

Problem is some games expect you to tilt as an additional control.

It looks like they're mocking those awful iPhone snap on controllers with this.

I don't like it, it's just weird. Just stand up your iPad Mini somehow and use a regular controller.


Problem is some games expect you to tilt as an additional control.
Rating: 1 Votes

It looks like they're mocking those awful iPhone snap on controllers with this.

I don't like it, it's just weird. Just stand up your iPad Mini somehow and use a regular controller.


What, no room for both? I'd like to have one of each, one that wraps around my mini (or iPhone maybe) as well as one that doesn't require a physical connection and can be used from a distance. It's nice that the standard allows for both kinds, so we don't have to suffer from one "regular" option only.
Rating: 1 Votes

WilliamLondon
Love games on my mini, but many would be much improved with physical controls, so I'm definitely interested in a controller that wraps around the mini like this one. Looks like the controller market is starting to get started, a year later than I thought it'd take, but it might be arriving finally and that's a very good thing.
Rating: 1 Votes

Sol
This looks great. I hope the built quality is good and that a black option is offered. The only problem I can see with this design is that the speaker will be muffled and the headphone port is inaccessible.
Rating: 1 Votes

iMatamoros
So we have the first Wii U competitor and meanwhile Nintendo is missing ALL THE FUN... i would pay $10 for a 64 Zelda game on iOS.
Rating: 1 Votes
[ Read All Comments ]