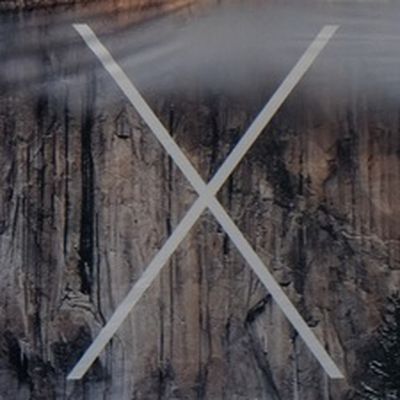 Earlier today, a thread appeared on the Reddit Mac community claiming to share a set of four blurry photos of OS X 10.10. The poster, using a throwaway account, claimed to have taken the photos himself at Apple headquarters in Cupertino, but did not offer any further details on how he was able to gain access to a system running the next-generation operating system.

In researching the potential legitimacy of the images, we have been provided with some additional pieces of information that begin to paint a rather interesting picture pointing to an individual who may indeed have had such access. While we can't say for sure that these images are genuine, the evidence we have seen privately is enough for us to consider it a distinct possibility.

Assuming the photos are legitimate, they reveal a number of changes in both the look and feel of the operating system, as has been rumored for OS X 10.10. Among the biggest additions is a Control Center very similar to that seen on iOS. In this case, the translucent pane slides out from the left side of the screen and offers quick access to a number of features, including "About This Mac" and System Preferences at the very top, followed by what appear to be buttons for an Airplane Mode and the existing Do Not Disturb feature currently accessible through Notification Center.

Below those are buttons with drop down menu functionality for Wi-Fi and Bluetooth along with a screen brightness slider, followed by audio controls that include the ability to display album art. The next section includes a volume slider, as well as AirDrop and AirPlay buttons. At the very bottom of the pane is a set of four buttons that appear to be for system sleep, log out, restart, and shutdown.

A second photo shows Notification Center sliding in from the right side of the screen, appearing very similar to the "Today" view on Notification Center for iOS. The screenshot shows a large date at the top, a timeline Calendar view, a section for Weather information, and a Stocks section.

Two other photos show a bit of Safari, with a blank page resembling the iPad version of Apple's browser with large buttons for bookmarks and frequently visited sites. Toolbar buttons in Safari are somewhat flatter than on OS X Mavericks, while one of the photos shows what appears to be a floating systemwide search box with integrated Quick Look functionality.

Based on dates shown in the images, the photos were taken on March 24. As a result, there may have been substantial changes since that time, perhaps including new icons for the various Mac apps as they have moved through the redesign process.

OS X 10.10 will be officially unveiled at the keynote for Apple's Worldwide Developers Conference, which kicks off in less than twelve hours. A banner for the next-generation OS X is hanging in the lobby of the Moscone Center, and appears to show a Yosemite-themed image, perhaps revealing the name for the new operating system.

Apple is offering a live video stream of the keynote, and we'll have live text and photo updates here on MacRumors, as well as live Twitter updates on @MacRumorsLive.

Blurry photos. This is real.
Score: 75 Votes (Like | Disagree)

jennyp
It looks real, and it looks awful. This gratuitous homogenisation of the UI between devices is like, neurotic. And everything's got to be flat because, Ive says so. Any UI appearance which is actually useful to give a visual cue or an affordance prompt as to function is now deemed "skeuomorphic" and banned. Yech.
Score: 24 Votes (Like | Disagree)

Millah
Oh God, here comes all the brats who are allergic to change. You know, the same people who threw a pissy fit the last time The Mac saw a significant redesign with OSX. Now those same people are clinging on to the thing that they originally rejected when it was first shown in 2001.

Don't worry, you'll get over it, life will go on, and in another 10 years you'll start complaining when another redesign comes, and you refuse to give up this "flat" design being introduced today.

That picture is blurry as hell and shows an ugly looking dock just like iOS 7's dock. It's real people. It's real. Jony strikes again!! 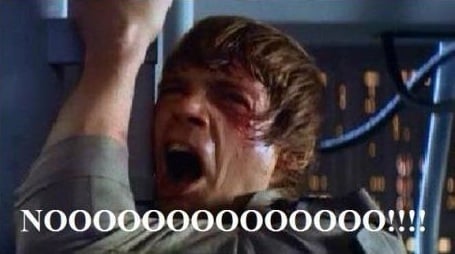 AppleFan115
That picture is blurry as hell and shows an ugly looking dock just like iOS 7's dock. It's real people. It's real. Jony strikes again!!
Score: 17 Votes (Like | Disagree)
Read All Comments