Apple in Talks With Retailers About Mobile Payments Service 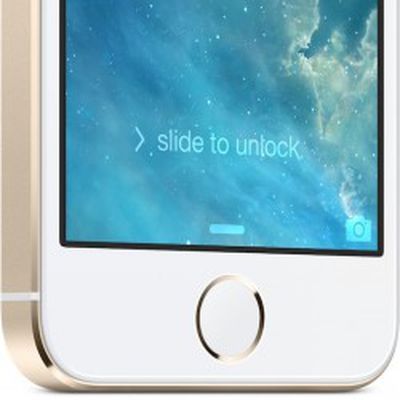 Apple is in talks with several high-profile retail store chains about a mobile payment service, reports 9to5Mac. Citing a source with knowledge of the discussions, the site suggests Apple is speaking with retail store brands that sell luxury clothing and premium goods to gauge interest in such a service.

An Apple-branded mobile payment solution would likely be integrated directly into iOS devices, allowing people to use their iPhones or other devices to make purchases for physical goods both on the web as well as in retail stores. Currently, iTunes customers can use their accounts to make purchases in iTunes and in brick and mortar Apple Stores, a feature Apple hopes to expand to third-party retailers.

Discussions with retailers have reportedly focused on the difficulties behind building a unified payment service to be used with multiple retail outlets, with Apple also encouraging retailers to adopt the company's Bluetooth-based iBeacons, which could potentially be used as part of a payments service in the future.

Every retail outlet has unique payment and transaction practices, so building a single mobile payments solution will require extensive research from Apple, and the company appears to be in that research and development phase.

Apple has also been asking retailers to survey customers regarding potential interest in paying for items with their smartphones and other mobile devices. Apple also has been seeking general insight from retail store chains to see if the companies would be interested in utilizing an Apple payments service.

Apple's interest in a possible mobile payment solution has been rumored for years, but gained renewed attention in early 2014, after The Wall Street Journal reported Apple was looking to develop a mobile payment service to leverage its store of more than 800 million iTunes accounts, many of which have credit cards attached.

In April, the company was said to be in talks with several senior payments industry executives about possible roles at the company and Apple has also spoken with Paypal about a possible partnership.

According to Apple CEO Tim Cook, a mobile payment solution was "one of the thoughts" behind Touch ID. He has also said that Apple is "intrigued" with mobile payments, noting that there's a "big opportunity on the platform."

Apple has promised new hardware, software, and services in 2014, and it is possible that a mobile payment service could come later this year, though a set date is unclear as the company is still in the developmental stages.

2457282
Tim, Please buy Square. Their CashRegister is already based on the iPad. And I love everything they do. This is the way to go. That will allow you to integrate the square wallet with passbook and ibeacons and boom you have a solid service that already accepts all the credit cards and allows the phone to be a wallet.

Revearti
Sold. I want my phone to be my wallet.
Score: 4 Votes (Like | Disagree)

No, the point is security. Think it through…

How it works now: a complete stranger takes a piece of plastic you hand them and runs it through a machine, often out of your sight. Then, they bring you a piece of paper and you sign it to approve the transaction. You've just handed a stranger your personal credit card number, the security ID on back and given them a signature. Over the course of a month, you might do this what? 10 times? 20 times? 50 times? More?

How it could work: you never hand over anything to make a purchase. You (yourself) use an app on your iDevice that says you want to pay someone for something. You punch in the total amount to pay them. Your password or thumbprint represents the signature. Money changes hands. Stranger doesn't possess your account number, pin or signature but the same transaction gets done.

THAT's the point. The existing system relies on a big layer of trust. You are trusting that total strangers in often low-paying jobs will not decide to take the information you hand them and make a few purchases for themselves. You've given them all they need to do so and you do it over and over with countless strangers during the course of a month or year.

The alternative "hides" those key bits of information that makes theft by this method relatively easy without significantly changing people's ability to buy & sell. By hiding such info, the ability for the average Joe to commit theft by this method is made much more complicated.

Is it foolproof? No. But it is much better than the current method. Along with hiding the crucial bits of info, the same app can also alert you whenever transactions are being made so you could catch any attempts to charge to your account in real time. As is now, you often find out about such actions days or weeks later, often when the bill shows up and has 2 tickets to Hawaii or other surprises on it.

Why we don't see this as a paramount issue is that the bank typically makes up for the theft by just eating it. You dispute the charge, they can't prove you charged it, so they take the hit. What they would like is to stop taking the hit and instead shift that to us consumers. However, if they did that with the system as is, not only would there be huge backlash but it might make many of us stop using credit cards. They don't want that. So they're moving down this path of shifting the model from pieces of plastic to hiding the key info via mobile payments.
Score: 3 Votes (Like | Disagree)

Sold. I want my phone to be my wallet.

Until you're standing in line in a shop and can't pay because their internet-access broke down.
Score: 2 Votes (Like | Disagree)

djam
Why does it have to go through an Apple account? I'd far rather NFC and be able to use my banks app to pay.

I feel there are going to be a lot of other people that think this way too.
Score: 2 Votes (Like | Disagree)

Sold. I want my phone to be my wallet.

I still don't see the point of all this. Is it faster, easier, more secure? Am I the only person left who wants their phone to be a phone and their wallet to be their wallet? Are plastic credit cards just too big and heavy to carry around anymore?

If I get higher cash back than I do with my Amex, I'll think about it.

Cash back is the biggest scam ever. You get a percent or three discount on purchases, but they charge vendors 5%. By incentivizing you to use the card, Amex gets to skim more off of the vendors profits. It would be in the vendor's interest to give you a 4% discount for using cash, but differential pricing is forbidden by most vendor agreements.

Leaches on the free market...
Score: 2 Votes (Like | Disagree)
Read All Comments