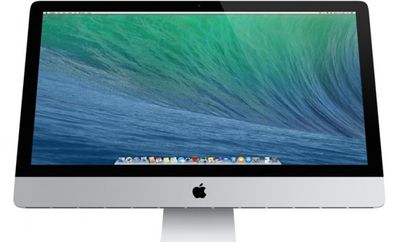 The best deal for many users will likely be from B&H Photo, as the site does not charge sales tax outside of the state of New York. Best Buy and Amazon, on the other hand, charge sales tax in many states, making B&H the lowest available price for most customers.

Several Apple accessories are available at a discount this week, including Apple's EarPods, which can be purchased for $15.95 (down from $29.99) from A4C. Lifeproof is offering 25 percent off of all its Fre and Nuud cases for the iPhone 5, 5s, and 5c with the promo code EVENT25 and Otterbox cases for the iPhone 5 and 5s are available for $18 from LivingSocial, a discount of $32.

firedept
Been some good deals going on. Friend just bought 27" open box with AppleCare for $1800 CDN from BestBuy. Got $200 off for open box and $100 off AppleCare. Can't complain about that.
Score: 1 Votes (Like | Disagree)

Titanium81
Apple is about to release a bunch of new products...
Score: 1 Votes (Like | Disagree)
Read All Comments