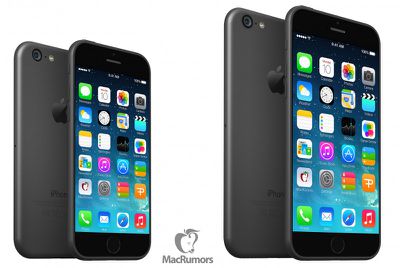 With Apple's rumored move to larger displays in the iPhone 6, much discussion has been centered around what resolution Apple will use and how any changes would affect developers. Some speculation had suggested Apple might simply maintain the same resolution as on the iPhone 5s, making a seamless transition for developers. This stretch process would, however, drop the pixel density of the display below Apple's criteria for a "Retina" display.

Alternatively, Apple could boost the resolution to maintain or increase the pixel density, although this move would require work from app developers to maintain compatibility with the new devices. KGI Securities analyst Ming-Chi Kuo suggested last month that Apple would maintain the current 326 ppi density, which could be achieved by bumping a 4.7-inch display to 1334 x 750, and we previously explored how that might work.

But according to 9to5Mac, Apple may adopt an even higher-resolution display that triples the base number of pixels of the iPhone screen in both length and width. This "3x" mode would take the base "1x" resolution of 568 x 320 and expand it to 1704 x 960. Using this method, Apple would retain the Retina branding at 416 ppi and keep the current 16:9 ratio of the iPhone 5/5s/5c.

This means that Apple will likely be tripling the aforementioned “base resolution” (568 x 320) of the iPhone screen in both directions, and that the iPhone screen resolution will be scaled with an increase of 150% from the current 2X resolution of 1136 x 640. Of course, Apple tests several different iPhones and display technologies, so it is possible that Apple chooses to take another route for display specifications for the 2014 iPhone upgrade.

Apple has allegedly been testing this 1704 x 960 resolution and while the design specs for the iPhone 6 are undoubtedly complete, it is not known for sure if Apple has elected to proceed with this resolution. Apple may be preparing to launch the 4.7-inch iPhone 6 sometime this fall with a faster A8 processor and improved camera technology.

pgiguere1
It’s been a year since I started speculating that the iPhone 6 would have an @3x display, and so far a common reaction is always “But Steve Jobs said pixel-doubling was necessary when introducing the iPhone 4!”.

1) It was an integer scaling multiplier.

Xcode/Cocoa use a “points” system for every possible coordinate/dimension. Those don’t represent pixel values unless you’re using a non-Retina display (@1x). For everything else, the pixel dimensions of elements are found using points * scaling multiplier. For example, an iPhone 5 is seen as being 568x320 points * @2x = 1136x640 pixels.

If you had a floating point scaling multiplier, say @2.5x, you’d end up with floating point pixel dimensions as well. For example, a 85x45 points UI element * @2.5x = 212.5 x 112.5 pixels. Oops, fractions of pixels! Since the screen can’t render those directly, multisampling will be applied to “blend” fractions of pixels (think of anti-aliasing). What it would look like is this (on the right): 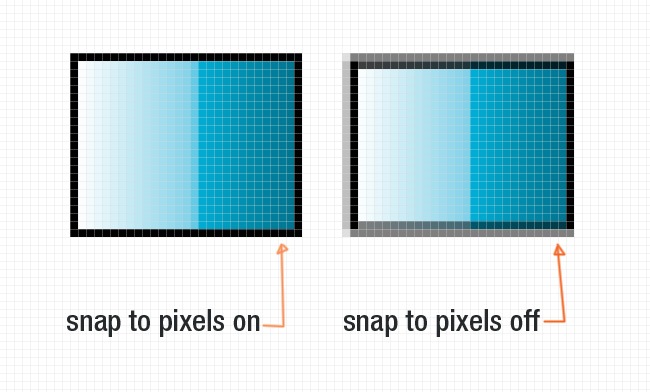 You don’t want this blurry mess. Therefore, you don’t want your UI elements to end up with non-integer pixel dimensions. That’s why you want an integer scaling multiplier. In 2010 with the iPhone 4, @2x was chosen in large part because it was the next integer after 1, not because it’s the double. That means @3x would be an equally good scaling multiplier as far as keeping integer pixel dimensions goes.

Steve Jobs explained that one pretty clearly at WWDC. 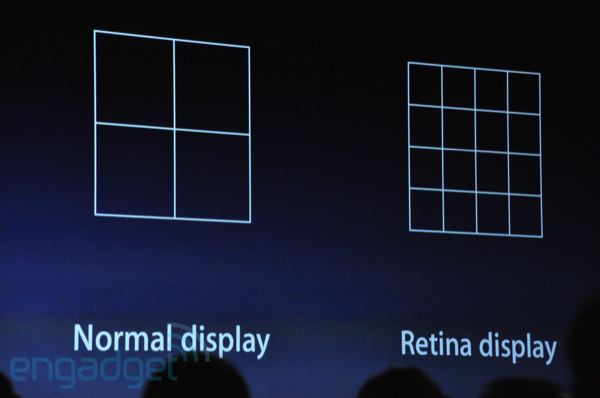 One pixel would become a 2x2 pixel grid. No fancy math had to be done to “scale” older apps on the iPhone 4. But why does this matter? Because scaling interpolations often reduce quality (not for performance reasons, that’s insignificant). Keep in mind however that unlike with the @1x -> @2x transition we had in 2010, this time we’d only have a 50% enlargement rather than 100%. 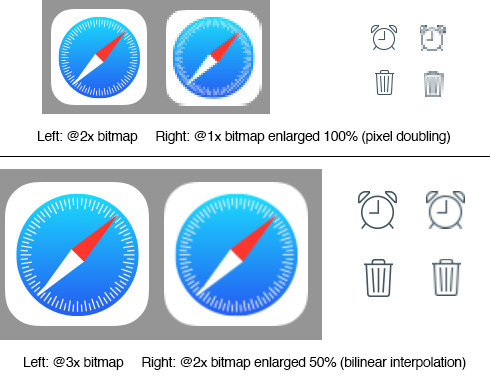 As you can see, older non-@3x-optimized apps would actually look better on an @3x iPhone than non-@2x-opitmized apps did on an @2x iPhone. Add to this the fact that the screen's pixel density would be higher this time around, and the perceived image quality difference would be even smaller.

Another common comment has been "But shouldn't developers be using AutoLayout constraints, which make apps pretty much resolution-independent? Therefore, who cares about the exact resolution?"

Yes, they should. But the reality is that most apps (even those using AutoLayout) wouldn't magically scale well to a bigger display like it was a responsive website. They would require significant tweaking before they could do that, and I can't see Apple forcing AutoLayout everywhere just yet. That would essentially force developers to redesign/test their app in around a month, unless which their app would probably look like crap on the iPhone 6. Since that's kind of an unrealistic timeframe, it's the consumers that would end up paying in the end. I think Apple will go through a smoother transition than that.

With the recent introduction of Asset Catalogs (https://developer.apple.com/library/ios/recipes/xcode_help-image_catalog-1.0/Recipe.html) in Xcode, I think it's pretty clear that Apple wants to introduce a new resolution. The fact images are still labeled by "@1x" and "@2x" also leads me to believe they're not ready to drop the points system just yet.
Score: 64 Votes (Like | Disagree)

Just look at how much space is wasted in the iPad and you'll have the answer.

sualpine
Who cares what the resolution is?

All I want to know is how iOS is going to scale up. I don't want a pathetic new row of icons again.
Score: 10 Votes (Like | Disagree)

It’s been a year since I started speculating that the iPhone 6 would have an @3x display, and so far a common reaction is always “But Steve Jobs said pixel-doubling was necessary when introducing the iPhone 4!”.

Yes, they should. But the reality is that most apps (even those using AutoLayout) wouldn't magically scale well to a bigger display like it was a responsive website. They would require significant tweaking before they can do that, and I can't see Apple forcing AutoLayout everywhere just yet. That would essentially force developers to redesign/test their app in around a month, unless which their app would probably look like crap on the iPhone 6. Since that's kind of an unrealistic timeframe, it's the consumers that would end up paying in the end. I think Apple will go through a smoother transition than that.

this is probably one of the most professional comments that i have seen in MR for a very very long time! thank you! :D
Score: 9 Votes (Like | Disagree)
Read All Comments