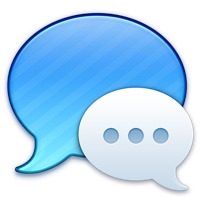 There is a long-standing problem with lost iMessages for select users when they switch from an iPhone to another device. Apple allegedly is aware of the problem and not able to provide a fix, claims former Lifehacker editor-in-chief Adam Pash, whose iPhone was affected by this message delivery problem.

After disabling their iPhones, some users experience an issue where iMessages sent from other iPhone owners are routed to the now-disabled iPhone and not forwarded as a text message to the active phone. The recipient never receives the text message, creating a situation that is frustrating for both people involved in the conversation.

Pash spoke to Apple's customer support after he stopped receiving messages from iPhone-owning friends when he switched to an Android phone. The support personnel confirmed "this is a problem a lot of people are facing" and "added that engineering team is working on it but is apparently clueless as to how to fix it."

In the meantime, Apple has completely hijacked my text messaging and my phone number portability (portability between devices, not networks). No one can fix this but Apple because it’s a problem at the device level, which means people in my position have no recourse but to wait for Apple to figure out what the problem is. But Apple isn’t offering any public support on the issue that I’ve been able to find (and it’s worth repeating that proper support is behind a $20 paywall for most people who’ve switched devices, who would also be the most commonly affected by this problem)

This issue with iMessage has been reported as far back as 2011, shortly after the messaging service debuted as a flagship feature of iOS 5. iPhone owners are advised to disable iMessages before they deactivate their phone in order to remove the device from Apple's system and allow messages to be forwarded properly as text messages to their new handset. This precautionary step of disabling iMessage apparently works for some, but not all iPhone owners who switch to another smartphone platform.

And I have never had any trouble with it, not frustrating at all.


Therefore, it works for everyone and all of the negative posts here are fiction, right?
Rating: 26 Votes

My wife and I are STILL not receiving messages from time to time. Apple really needs to work this out. We switch from iphone to android months ago.


That's your problem. You shouldn't switch to Android in the first place, android tracks you, sends your information to remote servers, is totally unreliable too. Believe me, I've studied it. If you would've stayed on iPhone, this wouldn't happen. So, don't be blaming Apple. Blame yourself.


LOL really? I love Apple as much as the next guy, but what kind of reply is that? :rolleyes:
Rating: 8 Votes


I've seen this happen in real time and is a PITA. the fact Apple can't fix it is ridiculous.
Rating: 8 Votes

Its your own fault for not signing out of iMessage/disabling it on your device before switching to a different phone. The same logic applies if you sold your phone to someone and left Find My iPhone on, the onus is on you to turn that off, not Apple.


Why would this be your fault? Is it specified anywhere that you need to do this? Have you EVER had to do this on any messaging service prior to iMessage? Stop defending Apple blindly.
Rating: 7 Votes

Therefore, it works for everyone and all of the negative posts here are fiction, right?


No, the user is just sating that they have not experienced any issues using iMessage. They didn't say anything about the problem being fictional.
Rating: 7 Votes

... is that people are foolish enough to switch from iOS to anything else. Those same people aren't even smart enough to disable iMessage from the phone they leave. If you don't deactivate your iMessage from your phone and then sell it, guess what will happen? Your buyer gets all your iMessages. NOT smart at all. I've switched my phone twice from Apple to Apple and my girlfriend's iphone twice as well. We NEVER receive iMessages on our old phones--only on the new ones because I always disable iMessages from the old iPhones before activating it on a different iPhone. No problem whatsoever.


The fact that people consider this a normal behavior is baffling. The real problem is that it's somehow legal for Apple to hijack your number and tie it into their system. I understand why it's done but there is no clear way of undoing it. This is not even remotely a normal user experience. SMS/MMS and iMessages should be entirely separate but somehow Apple is allowed to intertwine them altogether and prevent you from using your phone number to send text messages from any other device.

You know how I figured out solutions? I searched for them on the internet after already encountering the problem. Do you think it's acceptable behavior to expect the user to automatically know how to do this when they switch to a non-iOS device when it is not even remotely commonplace behavior? Expecting the user to just know something is asinine. I build and fix PCs, root Android, write code and have jailbroken iOS devices and still didn't know that I had to do this prior to ditching my iPhone. Even after following every step mentioned, the problem still wasn't fixed.

Blaming the user for a problem that is not even remotely user-oriented has to be one of the most asinine things I've ever heard. Apple hasn't provided any real fix for this bug because there is no benefit for them by solving it. Why assist people that are ditching their products?
Rating: 6 Votes

That's your problem. You shouldn't switch to Android in the first place, android tracks you, sends your information to remote servers, is totally unreliable too. Believe me, I've studied it. If you would've stayed on iPhone, this wouldn't happen. So, don't be blaming Apple. Blame yourself.

All of those seem okay to me... They all work perfectly. Instead of finding flaws constantly, try looking at what they do. You go code an Assistant that is amazing, a maps app, or a message service... I'd like to see how it comes out for you.

You're completely wrong. It'll be cached to apple servers as an iMessage until a set amount of time.

Then don't move from iPhone. I don't see why you would in the first place. Android harvests your data... So stop complaining. If you hadn't switched, this wouldn't have happened.

Unless that was a lot of sarcasm, blaming someone for switching to Android pretty much undermines anything else that might be said, no matter how much sense the rest of it might potentially make.

iMessage works well for me with iPhone and iPad. I wouldn't dare think of switching my iPhone number to another platform.

That contributes to the discussion in some way?
Rating: 6 Votes

I work at a cellphone store. These two things usually do the trick.

Who/what is 48369 and how does that relate to iMessage?
Rating: 6 Votes

TWSS37
This thread is 7 pages (currently) of everyone claiming to have *THE* solution. Each one debunked shortly thereafter.

This is a serious flaw; one that should be subject to a class action lawsuit for impacted people. I don't care what device you switch to or from, a company that has no right to your phone number and capturing data/text so that it does not pass along to its intended recipient is unlawful.

Could you imagine if the same issue happened if this happened using Hangouts instead of iMessage? This forum would burn.
Rating: 5 Votes

You know what's sad? I had this issue last year and they are just addressing this now.

The even sadder part is that they aren't even really addressing it so far, they are just saying they know about it, but are still trying to figure it out after all this time.
Rating: 5 Votes