With a goal to overhaul the online payments industry and a new revolving credit facility worth $200 million, analysts and technology pundits are wondering where Square is headed next. At least one theory proposed by Re/code explores the possibility of an Apple acquisition. 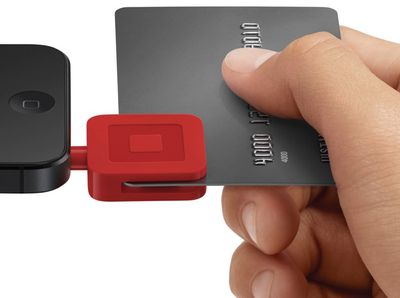 Both Apple and Google have been rumored to be in talks with Square in the past year about a possible acquisition, but no firm offers have been made. Square is not actively trying to sell the company, but insider sources claims it would entertain a premium offer, unless it was from Google.

Either way, a sale to Google would disappoint [founder and CEO Jack] Dorsey, according to multiple people familiar with his thinking. For one, he was reportedly put off by Google after being involved in acquisition talks between his former company, Twitter, and the search giant. He also believes, sources said, that his company’s design aesthetic and values match up much more closely with Apple than Google.

Square has close ties to Apple, with its hardware chief Jesse Dorogusker leaving his position as director of engineering for iPod, iPhone and iPad accessories at Apple to join the mobile payments startup.

A Square acquisition would be beneficial for both Apple and Square, claims Re/code. Square's future would be secured by Apple's cash reserves and its favorable position in retail, while Apple would be able to use Square's payment expertise to jumpstart any plans it has for a mobile payment system. Apple, though, may be ready to enable online purchases via an iPhone, but it likely is not ready for the robust offline system offered by Square.

But Apple’s entrance into mobile payments is much more likely to start with services that use its iPhones to help make online purchases easier to consummate rather than moving into offline payments, industry sources say. Square wouldn’t be of much help in that regard. As such, Apple has soured on the idea of making an acquisition offer to Square for now, according to sources familiar with the company’s thinking.

Apple may be developing a mobile payment service that would allow consumers to pay for physical goods using information stored in their iTunes accounts. The company is thought to have moved Jennifer Bailey from her position in Apple's online stores to a new role that places her in charge of building a payment service for the company.

Apple already has the underpinnings of such a payment system with the millions of credit cards stored in customers' iTunes accounts and its Passbook digital wallet app. CEO Tim Cook hinted at the possibility of mobile payments during a recent earning conference call, saying there is "a big opportunity on the platform."

They should buy my doughnut company.


It's a half-baked idea, as your business plan is full of holes, and you are asking too much dough. My eyes glaze over when I read comments like that.
Score: 11 Votes (Like | Disagree)

Jeaz
Plastic cards with magnetic strip is a product nearing the end of its life cycle, so why would Apple want to invest in that? There are a lot more interesting options for payment than Square.
Score: 7 Votes (Like | Disagree)

How would this product integrate with the existing Apple offerings? It seems a bit niche to me.

Yeah, right now. But wait for a few years, where your phone can also be your credit card (or any card maybe ID also?). Swipe it, add info with the respective encription. And there you go. Just leave from your house with a phone.

please dont bla bla with "that is so insecure ****" since I keep all my things in my wallet. and is less safer for me if I lose my wallet than my phone. since you can acess to the info easier from a wallet which has everything on hand, than from an encripted phone.
Score: 4 Votes (Like | Disagree)

They should buy my doughnut company.


The thinnest doughnut. Made of organic whole wheat, gluten-free, no sugary coating and baked instead of fried as we know what is good for you.

So much better than those big fried, sugary, crispy doughnuts from Korean copycats that cost 99c and have a hole in them.

Only $4.99. Password and user name required. The hole is an in-app purchase.

Recipe from California, baked in China. :)
Score: 2 Votes (Like | Disagree)

Kendo
Got all excited when I thought they meant Square Enix.
Score: 2 Votes (Like | Disagree)
Read All Comments