Steve Jobs is best known as the co-founder of Apple and the man who spurred the company to greatness, but he also co-founded Pixar Animation Studios, another company that's both highly successful and widely admired for the quality animated movies that it produces.

In a new book that's slated to be released next week, Pixar president and co-founder Ed Catmull gives an inside look at Pixar and what made the company so successful. An early excerpt describing Steve Jobs and his influence on the company has been published at Gizmodo, giving an inside look at Jobs' later years.

Though Jobs is often described as obsessed with perfection and relentlessly tough on his employees, Catmull notes that he underwent a significant transformation as he matured, becoming sensitive to other people's feelings and their "value as contributors to the creative process" during his last two decades of life. 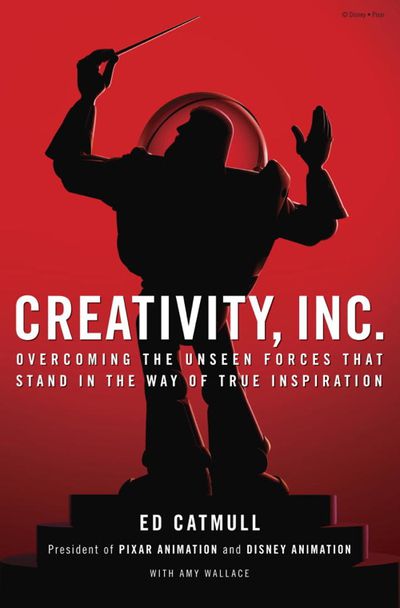 Catmull attributes some of that personality shift to Jobs' experiences at Pixar, a company that he was particularly proud of because of the lasting impact its films had on the world. Jobs believed that movies endure because they "dig for deeper truths" and later in life, he fully embraced the "nobility of entertaining people."

His experience with Pixar was part of this change. Steve aspired to create utilitarian things that also brought joy; it was his way of making the world a better place. That was part of why Pixar made him so proud—because he felt the world was better for the films we made. He used to say regularly that as brilliant as Apple products were, eventually they all ended up in landfills.

During Pixar's early years, Jobs is described as the company's benefactor, later becoming a "protector" who gave constructive criticism within the company but defended it to the outside world. As a side project, Pixar was a "place [Jobs] could relax and play a little," which changed him for the better, according to Catmull.

While he never lost his intensity, we watched him develop the ability to listen. More and more, he could express empathy and caring and patience. He became truly wise. The change in him was real, and it was deep.

Jobs was able to diagnose problems at Pixar with "startling efficiency," focusing on the problem itself and not the filmmakers. As he spent more time at the company, he became "more articulate and observant of people's feelings."

Some people have said that he got mellower with age, but I don't think that's an adequate description of what happened; it sounds too passive, as if he just was letting more go. Steve's transformation was an active one. He continued to engage; he just changed the way he went about it.

Catmull's Creativity, Inc.: Overcoming the Unseen Forces That Stand in the Way of True Inspiration is currently available for preorder on Amazon.com and will be released on April 8. The full excerpt on Steve Jobs' role at Pixar is well worth reading and can be found over at Gizmodo.

ashwin4
"We believe it’s the biggest advance in animation since Walt Disney started it all with the release of Snow White 50 years ago."
-Steve Jobs.
Score: 5 Votes (Like | Disagree)

SoAnyway
As much of a Steve Jobs fan as I am, I'm actually surprised to read that Steve Jobs actually had feelings.

Considering where Jobs was in his life when bought Pixar, I'm also inclined to think that it wasn't just Pixar that changed him but could starting a family have anything to do with it?
Score: 3 Votes (Like | Disagree)

brianvictor7
"While he never lost his intensity, we watched him develop the ability to listen. More and more, he could express empathy and caring and patience. He became truly wise. The change in him was real, and it was deep."

This is nice to know. Jobs had earned a reputation for being absolutely horrible to many people. It should serve as inpsiration for anyone aspiring to be better than they are.
Score: 3 Votes (Like | Disagree)

needfx
Inside Pixar will definitely be an interesting read
Score: 2 Votes (Like | Disagree)

As much of a Steve Jobs fan as I am, I'm actually surprised to read that Steve Jobs actually had feelings.

Considering where Jobs was in his life when bought Pixar, I'm also inclined to think that it wasn't just Pixar that changed him but could starting a family have anything to do with it?


Also getting fired from the company he founded I'm sure humbled him just a little. Doing some soul searching. I wouldnt say Pixar exclusively changed him.
Score: 1 Votes (Like | Disagree)
Read All Comments

Thursday September 29, 2022 12:38 pm PDT by Juli Clover
Tony Blevins, Apple's vice president of procurement, is set to depart the company after he made a crude comment about his profession in a recent TikTok video, reports Bloomberg. Blevins was in a video by TikTok creator Daniel Mac, who was doing a series on the jobs of people he spotted with expensive cars. After seeing Blevins in an expensive Mercedes-Benz SLR McLaren, Mac asked Blevins what ...
Read Full Article • 647 comments