Cathy Edwards, who works as a Director of Evaluation and Quality on Apple Maps, is planning to leave Apple in April, reports TechCrunch. Edwards initially co-founded and served as chief technical officer at app discovery platform Chomp, joining Apple after her company was acquired in 2012.

Apple purchased Chomp in early 2012 to bolster its App Store search and discovery algorithms and incorporated the company's technology into its App Store in August of 2012, adding a card-style search results format that is still used today.

Following the acquisition, Edwards served as Head of Search and Management, taking on the responsibility of search systems across multiple Apple products. Later, just after the disastrous launch of Apple Maps, Edwards took on the role of Director, Evaluation and Quality, Apple Maps.

She joined that role at a pretty thankless time, if you recall the chaos of Apple Maps-gate. Edwards' role at Apple Maps has focused on "Building out an organization focused on QA automation, statistical quality analysis and analytics within Maps," according to LinkedIn. Essentially, her work was about making sure that Apple Maps didn't suck, something that remains a goal for the company. "We're hiring, come join us!" ends the description. This remains her role up to today.

It is unclear why Edwards is leaving Apple or what she plans to do next, but TechCrunch suggests that the departure may be contractual as it has now been two years since Chomp was acquired. It is unknown if other former Chomp employees will be leaving the company as well.

Sky Blue
Somebody was actually employed as Director of Evaluation and Quality on Apple Maps? What's she been doing for the last 18 months?
Rating: 8 Votes

crizzly
Chomp made the App Store search much worse. It's much harder to find apps now. It's easier to use Google to search the app store than the build in search.
Rating: 4 Votes

Somebody was actually employed as Director of Evaluation and Quality on Apple Maps? What's she been doing for the last 18 months?


maps are fine in my major metro.

I doubt she's leaving by choice.


huh? if she were fired, shed be fired. a lowly QA director doesnt get the sort of treatment as a long-standing VP of Engineering (Scott Forstall) does.

if it's exactly two years since Apple acquired Chomp, you can bet that shes cashing out and going home now that the contract has been fulfilled. after all, thats the entire point of building a start-up that hopes to be acquired. she'll relax for a while, then do something new. see the founder of the Siri company or nearly any other anywhere -- they do their time, then quietly slip away.

id do the same. when you're rich it becomes real hard to work for somebody else.
Rating: 4 Votes

Jessica Lares
I have to agree. Apple using the Chomp idea in the App Store was a huge failure from day one and that's why I use iTunes on my desktop instead to look through the store.

It is good for seeing the first screenshot of apps you might be interested in, but otherwise it just made searching for what you actually wanted take more time.
Rating: 3 Votes

maps are fine in my major metro.


It's far, far from being "fine" in the biggest metropolitan city in the world (Tokyo). Apple Maps aren't fine by any measure.
Rating: 3 Votes

firewood
Chomp was a disaster

From most iOS App Developer's point-of-view, Chomp has been an absolute disaster. Almost no developers (except for the typical tiny percentage of overexposed apps) saw any benefit from Chomp. Many developers saw their app sales simply killed off.

Even lots of iOS App store customers complained about the difficulty in finding appropriate, interesting or new apps.

Hopefully, the exit of Chomp staff creates an opportunity for Apple fix a lot of problems with the iOS App store.
Rating: 3 Votes

Nevaborn
she has to of been let go....Apple Maps are awful where I am in the UK. The fact we dont really know her only means maps hasnt been doing anything of major note.

yay another 3d flyover...meanwhile 90% of your map data is outdated by nearly a decade in my case atleast.
Rating: 2 Votes 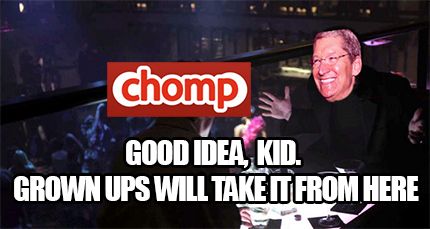 Building out an organization focused on QA automation

As much as I find Apple's Maps to be useful for me, it is my primary navigation map, I have been let down on this front. My house is on "Whitelaw Lane" and Apple Maps has this street listed as "Whitelaw Landing". I submit reports about incorrect street labels from my iOS account on a monthly basis (for almost 2 years now). Additionally I will submit the same report from my wifes iOS account and my parents if they are available. To this day, the street is still incorrectly labelled.
Rating: 1 Votes
[ Read All Comments ]