Tuesday March 25, 2014 6:34 pm PDT by Juli Clover
Apple has plans to expand its emoji set to include emojis that are non-caucasian, according to Apple’s vice president of worldwide corporate communications, Katie Cotton, who spoke to MTV Act (via The Verge). The company says it is working with the Unicode Consortium to add more characters to its emoji offerings. 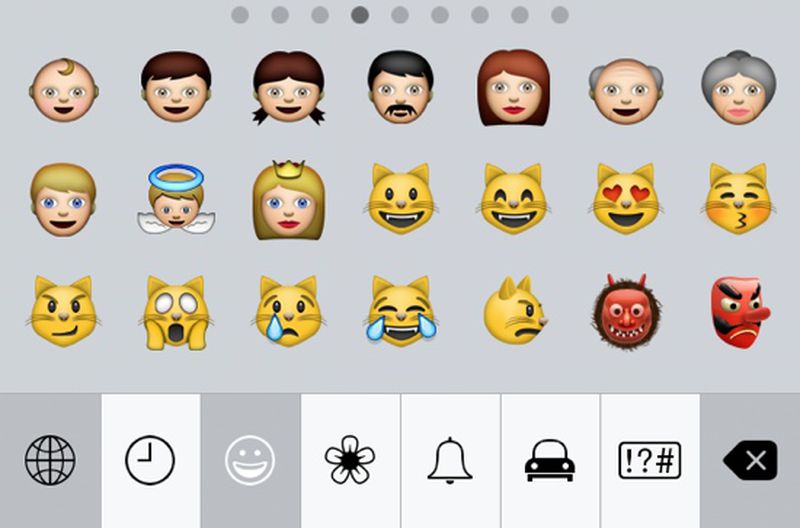 "Tim forwarded your email to me. We agree with you. Our emoji characters are based on the Unicode standard, which is necessary for them to be displayed properly across many platforms. There needs to be more diversity in the emoji character set, and we have been working closely with the Unicode Consortium in an effort to update the standard."

After originating in Japan, emoji were incorporated into Unicode, which allowed them to be used on multiple platforms. The character set has largely featured caucasian icons, however, which Apple aims to change.

Apple's last change to emojis came with iOS 6, when the company added additional characters and made emoji accessible to all users. Previously, special apps were required to access emoji on iOS. iOS 7, released in late 2013, did not include any new emoji, but it is possible Apple could make some changes to the characters with iOS 8 later this year.

Better not upset the PC crowd - better create smileys for EVERY civilisation, if this is to be taken seriously, or there'll be a riot at PC-correctness towers.

kmj2318
Being white, predictably, I didn't recognize the lack of diversity.
Rating: 27 Votes

Renzatic
Jesus, people. Really? How the hell does a thread about the Emoji set get sent down to PRSI? Are we really that damn obnoxious?
Rating: 22 Votes

Rogifan
So will we have as many new emoji as Facebook has gender options?
Rating: 11 Votes

This is THE feature that's finally going to get Android users to switch over to iOS!!!

dannyyankou
I was hoping for a middle finger emoji
Rating: 9 Votes