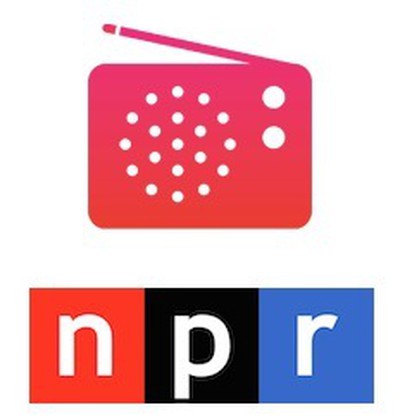 NPR’s channel, which should be live today, will offer a free stream, 24 hours a day, which mixes live news with segments from pre-recorded shows like “All Things Considered” and “The Diane Rehm Show.” NPR officials say that within weeks, some of the broadcaster’s local stations should begin offering their own channels, with a similar mix of live and taped news.

NPR has also been working on bringing on-demand programming based on users' tastes to its mobile apps, and it is possible that functionality could come to the station's iTunes Radio service as well.

The report notes that it is currently unclear what the business relationship between Apple and NPR is in terms of generating revenue for NPR, but NPR vice president of digital media Zach Brand says that Apple has been "very understanding of the business model" used by the nonprofit.

iTunes Radio launched in the United States last September alongside iOS 7, and expanded to Australia last month. Apple is reportedly looking to also expand iTunes Radio to the UK, Canada, and New Zealand early this year, with an eventual goal of bringing the service to at least 100 countries.

Long time Pandora and Spotify user here. Listened to iTunes radio for about an hour this weekend. Heard 4 commercials. They were the same commercial. Back to Spotify, then.

Todd B.
Hopefully they'll add the BBC, too. I know I can get it from the old radio format but it'd be nice to be folded right into the iTunes Radio branding.

Honestly, if they keep it up and add more live music, etc. it could be a nice XM/Sirius competitor.
Score: 7 Votes (Like | Disagree)

Us Canadians would like some iTunes Radio especially with no alternatives such as Pandora and Spotify.

Is licensing impossible in Canada or what?

Frankied22
This is a nice surprise.
Score: 5 Votes (Like | Disagree)

Long time Pandora and Spotify user here. Listened to iTunes radio for about an hour this weekend. Heard 4 commercials. They were the same commercial. Back to Spotify, then.


OMG - Pandora & Spotify (free) has so many more ads/interruptions than iTunes Radio ever does.
Score: 3 Votes (Like | Disagree)

octothorpe8
Speaking of NPR, the New York affiliate WNYC has been working a really cool iOS app geared toward a rather NYC-specific problem: going into the subway and losing internet.

You open it, tell it how long you'll be underground, and it will build and download for offline use a set of stories based on the categories you're interested it. Very cool so far, and they seem to be actively improving it.
Score: 3 Votes (Like | Disagree)
Read All Comments

Tuesday May 11, 2021 9:41 am PDT by Juli Clover
Apple will soon ship out 11 and 12.9-inch M1 iPad Pro models, according to multiple Twitter users and MacRumors readers who have seen their orders shift to "Preparing to Ship" status. So far, we haven't seen any shipment notifications, but that's the next step and is likely to happen in the near future. Apple has not provided an exact delivery date to those who ordered a new M1 iPad Pro, but ...
Read Full Article • 160 comments