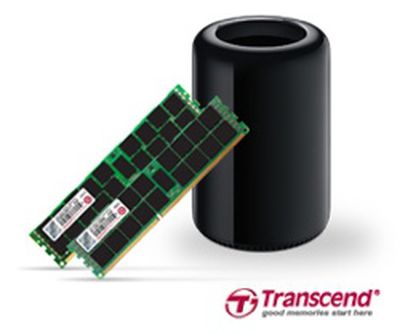 Transcend has introduced new RAM updates for the 2013 Mac Pro, allowing users to bring the total amount of memory in their machines to 128 GB, double Apple and OWC's maximum 64 GBs of RAM.

While the slower speed of the 32 GB modules may be an issue in certain situations, the possibility of bumping RAM to 128 GB will outweigh the speed loss for many power users.

"The new Mac Pro 2013 is advertised to support up to 64GB of memory, and we understand that pro users running applications that place high demands on RAM have a need to meet and most likely exceed this threshold," said Angus Wu, Director of Research and Development at Transcend. "For this reason, we have developed and fully tested higher density modules to give users the option of raising their Mac Pro system memory to the advertised 64GB right up to 128GB."

According to the company, the memory modules are easy to install, guaranteed to work with the Mac Pro, and come equipped with a Limited Lifetime Warranty. Pricing has yet to be announced. 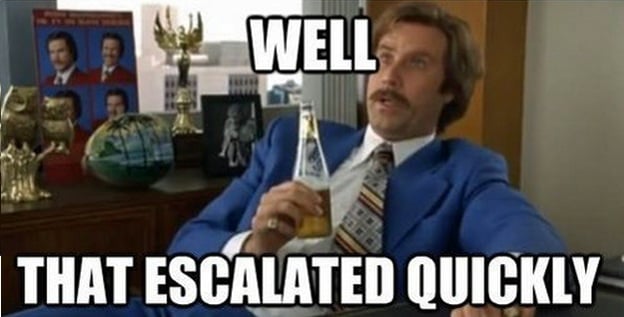 perplx
While 128GB sounds like a lot you have to remember that the new Xeons supports up to 768GB. The Mac pro only having 4 ram slots is rather limiting.
Score: 6 Votes (Like | Disagree)

flux73
Wow. 128 GB RAM makes me wish I had a profession that lets me make use of that much memory.
Score: 6 Votes (Like | Disagree)

bekiil
Helpful if you run pages and iMovie :D
Score: 6 Votes (Like | Disagree)

That thing has 500 times more RAM than my first computer which had 256MB of RAM. :eek:


Tsk tsk, you young whippersnappers had it easy. My first computer had 16k of RAM.
Score: 5 Votes (Like | Disagree)