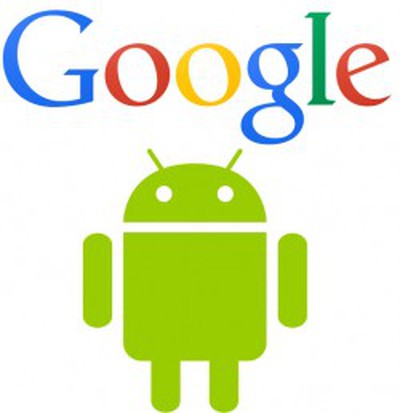 The news comes ahead of Google's I/O developer's conference in June, where the company is likely to unveil its own smart watch developed in collaboration with electronics manufacturer LG.

Google executive Sundar Pichai told the South by Southwest conference Sunday that the company plans to release in two weeks a software development kit based on Android for makers of wearable devices, such as smartwatches.

Pichai stated that Google is releasing its Android SDK for wearables ahead of actual devices in order to gather "plenty of feedback," as the company's smartwatch will likely be the first device to run its new software. The Wall Street Journal also reported in February that the new mobile operating system will integrate the company's Google Now voice assistant and search feature.

Apple is widely rumored to be working on its own "iWatch" smart watch that could be revealed in the fall, which is said to carry a "full" version of iOS that emphasizes biometrics and integration with other iOS devices. According to the most recent reports, the device will include advanced sensors to track a variety of health metrics such as a user's blood pressure, hydration, heart rate and more. Other rumors have suggested that Apple is developing "Healthbook", an iOS 8 app that would help the iWatch monitor and track health statistics like weight, heart rate, calories and step counts in conjunction with the iPhone.

AustinIllini
"We're not convinced anyone wants this, but if someone did, here's the software for it. Thanks."
Score: 22 Votes (Like | Disagree)

jctevere
It's crazy to see so many brands put out products in a never before thought of market segment solely based on the rumor that Apple is planning on creating a product in that market...
Score: 18 Votes (Like | Disagree)

It's crazy to see so many brands put out products in a never before thought of market segment solely based on the rumor that Apple is planning on creating a product in that market...


Except that Google has been in development of Google Glass before the iWatch was even rumored. So perhaps it is Apple following the leader again. The iWatch hasn't even been unveiled so how can Google be reacting to something that doesn't even exist and wasn't even rumored at the time they created their product? I'm sure the fanboys though will try to rewrite history again like usual.
Score: 15 Votes (Like | Disagree)

It's crazy to see so many brands put out products in a never before thought of market segment solely based on the rumor that Apple is planning on creating a product in that market...

Do you happen to be familiar with Google Glass (http://google.com/glass)?


Do you happen to be familiar with Google Glass (http://google.com/glass)?
Score: 10 Votes (Like | Disagree)
Read All Comments

Tuesday May 11, 2021 5:06 am PDT by Hartley Charlton
Apple's next MacBook Air will feature a completely new design and come in a range of colors like the 24-inch iMac, according to leaker Jon Prosser, who has now released supposedly accurate renders of the new machines based on leaked images. In a new video uploaded to YouTube channel Front Page Tech, Prosser elaborated on his previous prediction that Apple's next-generation MacBook Air models ...
Read Full Article • 57 comments

Tuesday May 11, 2021 11:56 am PDT by Joe Rossignol
Last month, Apple introduced a new iPad Pro with the same M1 chip found in the latest Macs, and early benchmark results indicate that the M1 iPad Pro is over 50% faster than the previous-generation iPad Pro. Based on five legitimate Geekbench 5 results (here's the fifth) for the fifth-generation 12.9-inch iPad Pro with the M1 chip, the device has average single-core and multi-core scores of...
Read Full Article • 205 comments